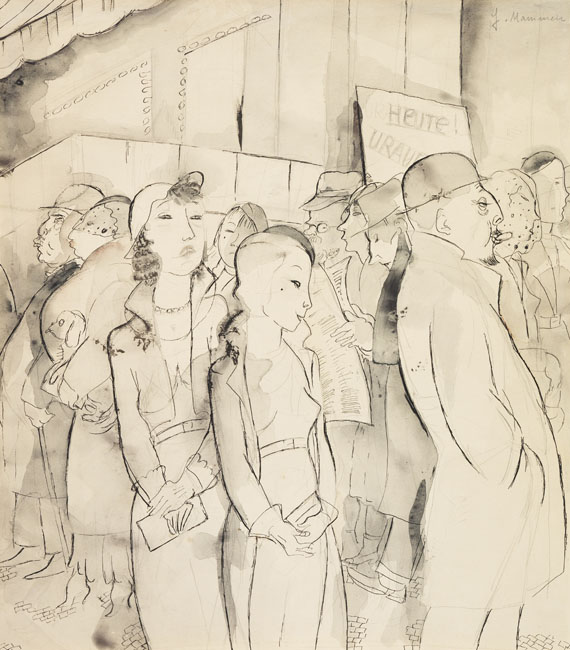 • From the most important work complex of the years from 1928 to 1933, which marked the heyday of her creation.
• Subtly captured street scene.
• Magnificent document of the Berlin society in the 1930s.

Essay
These types of drawings and watercolors of Berlin scenes from the days of the Weimar Republik are typical of Jeanne Mammen’s artistic renown. From the mid 1920s on she sold her society studies to magazines. Initially to women's magazines with a focus on fashion, Jeanne Mammen soon had made a name for herself and became active, just like George Grosz and Rudolf Schlichter, for socio-cricital publications of the liberal intelligentsia. In many her works she put focus on women from all social groups. With a critical eye she reveals human weaknesses, often with a sense of sympathy and understanding, but not always benevolent. Our sheet is part of this important work complex made between 1928 and 1933 which marked the heyday of her creation and made for her artistic renown. People line up to see the premiere of a film and to escape reality for a moment. Among them two "easy girls", here presumably on a private occasion, who comment on the price increases that also affect their business. Kurt Tucholsky wrote in 1929: "The soft and delicate watercolors that she published in magazines and comic papers are so much better than the undisciplined smearings of many her colleagues that we owe them a little declaration of love." (Quote after: Klara Drenker-Nagels, Die Zwanziger und frühen Dreißiger Jahre, in: J. Merkert, Jeanne Mammen, Cologne1997, p. 43). [EH]
More Information
+
Sell
Would you like to sell a similar object?
+
Register for
Jeanne Mammen
+
Buying from A-Z
+
Contact a specialist
Share 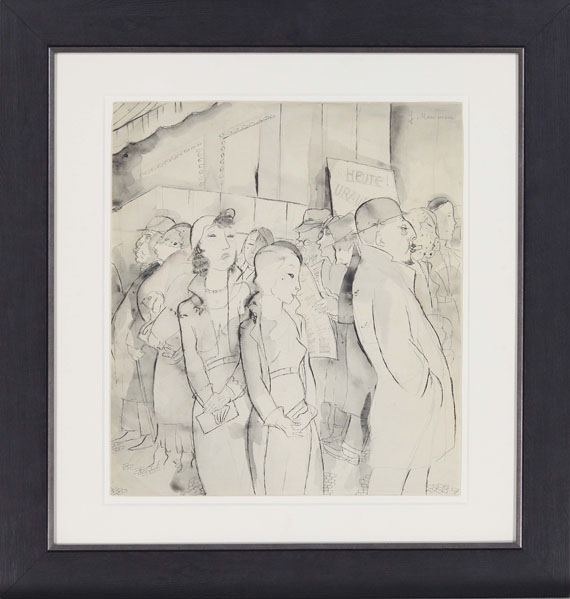 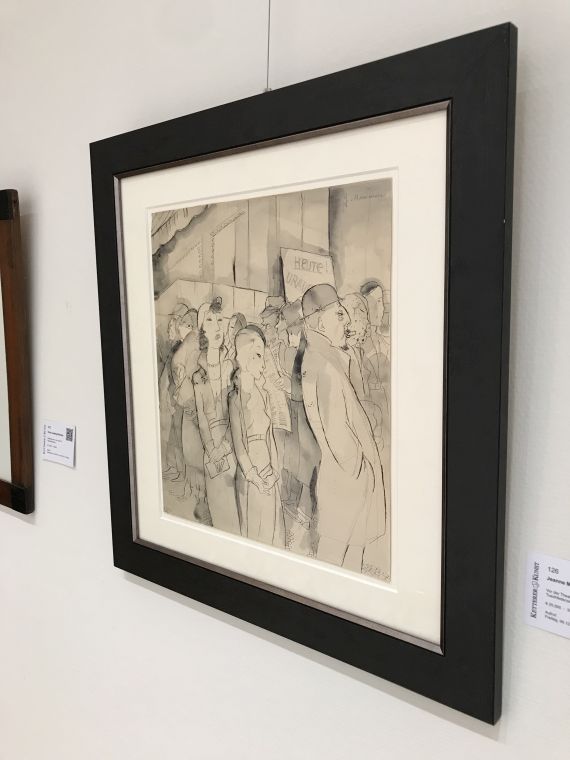