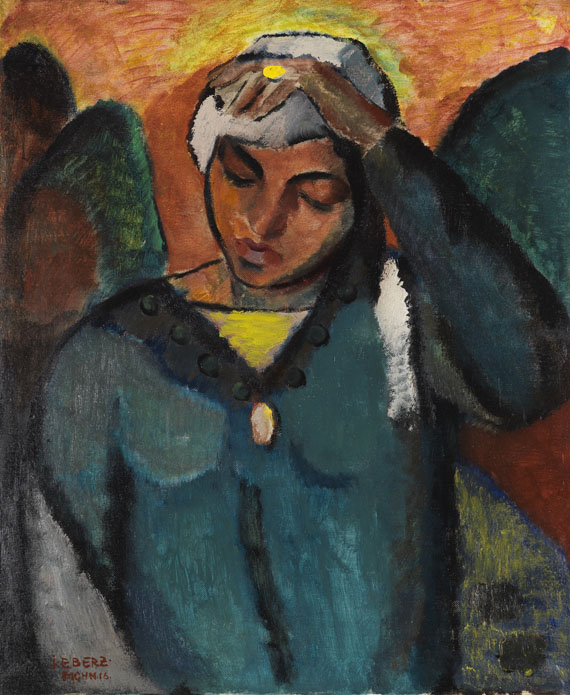 We are grateful to Mr. Franz Josef Hamm, Limburg an der Lahn, for his kind expert advice.

Essay
After initial studies under Franz von Stuck and Peter Halm at the Munich Art Academy and the art schools in Düsseldorf and Karlsruhe, Josef Eberz transferred to the Stuttgart Academy of Art where he was among Adolf Hölzel’s master students in 1907. Together with Willi Baumeister, Ida Kerkovius, Oskar Schlemmer and his later wife Gertrud Eberz-Alber he was among the members of the ‘Hölzel Circle’. One of his first commissions was an altarpiece for a church in Ehingen in 1913. More commissions for monumental paintings in church buildings followed and in 1931 he also made a glass painting for the Munich Frauenkirche. His fancy for religious subjects continued to show in works from the following years and also throughout his entire oeuvre. The work offered here, which presumably shows a Mediterranean lady, also has a certain spiritual character owing to the depicted persons calm absorption expressed through her contemplative look. Following the invitation of the art collector Heinrich Kirchhoff Eberz spent the time between 1915 and 1917 in Wiesbaden with his future wife. Kirchhoff commissioned him to paint the garden of his house and the botanic garden in Darmstadt. This work, for which Eberz made both a preliminary watercolor as well as a pastel study, was made during exactly this period. Initially it was in the possession of the artist, after his death it became part of the art collections of the city of Limburg/Lahn, while the watercolor went into ownership of Dr. Remigius Eberz, the artist’s brother. The painting is largely in line with mentioned studies, however, it shows the portrayed in larger detail view and is a marvelous document of Eberz’ talent to create particularly strong effects with comparably simple means. [CH]
More Information
+
Sell
Would you like to sell a similar object?
+
Register for
Josef Eberz
+
Bidding Options
+
Written bid
+
Buying from A-Z
+
Contact a specialist
Share 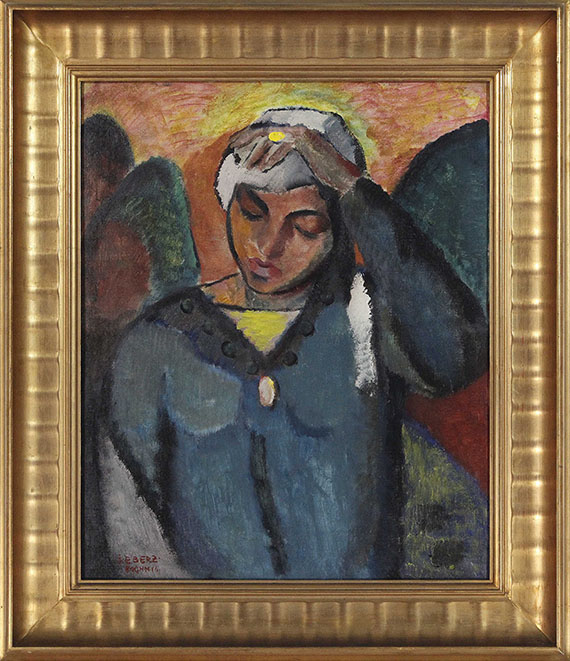 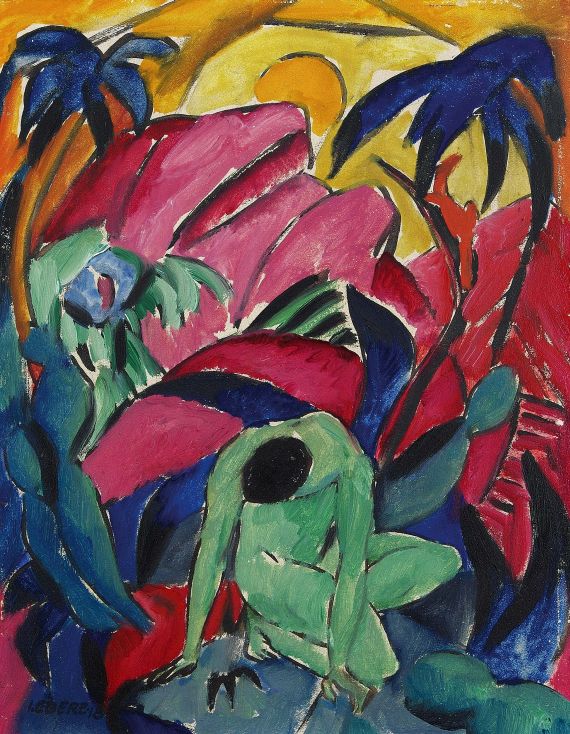