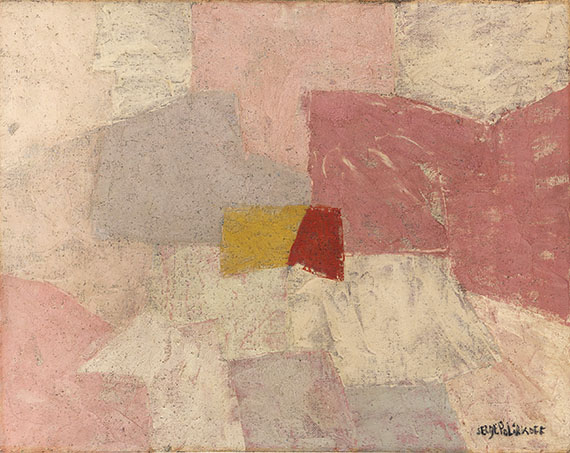 • One of the very rare works in a neatly balance rose tone.
• With an accentuated center in red and yellow.
• From the artist's best period of creation.
• Notabel provenance.
• In family ownrship for more than 50 years.

"Abstract art comes more from the interior and extends more to the interior. If one paints a battle of horses and warriors it is not necessary to call on philosophy to understand its contents. Abstract art is a composite that must spread out into the cosmos. While figurative painting lives within the frame, the abstract must run over the frame to create a cosmos. The painting must always step out of the canvas."
Serge Poliakoff, quote after: Gérard Durozoi, Serge Poliakoff. Monograph, Paris 2005, p. 174

Essay
When the art scene of the post-war era was on a quest for new means of expression, new forms and contents, Serge Poliakoff’s extremely unconventional color compositions were met with great recognition. Figurative painting could not meet the demand for renewal, its forms and artistic means appeared exhausted, so that artists embarked on an inwardly oriented quest for new artistic vigor and inspiration. Poliakoff attained a very individual, extremely characteristic abstraction in which he fills a framework of sharp-edged, irregular forms with strong and polychrome colors. At a later stage he began to use more muted and reduced colors to which he adds isolated accentuating contrasts creating intricate formations that resemble puzzles. Free from exterior social or geographic influence Poliakoff creates his very own pictorial cosmos that allows entry for everyone willing to thoroughly observe the artwork. The artist suffered his first heart attack in January the year our painting was made. Doctors recommend him to abstain from working for a while, but his creative urge grew so strong that he returned to the easel while he was still in recovery. His son Alexis helped him with the elaborate preparations of the canvas, grinding the pigments and mixing the colors so that the artist was able to put his ideas into practice. Today Poliakoff’s late work is considered the heyday of his art, and this work in a particularly rare coloring from 1957 was also made during this important period of creation. A year prior the first monograph on the artist and his work was released, and his works were featured in an important solo show at the Solomon R. Guggenheim Museum in New York between July and December 1957 while the Kunsthalle Bern honored his creation with a solo exhibition in 1960. In 1962 he even had his own room at the Venice Biennale. His oeuvre met then prevailing zeitgeist in every respect which is also one of the reasons why he counts among the main protagonists of the so-called Nouvelle École de Paris, whose representatives rendered outstanding services to the development of abstract painting in Paris. Jean Dubuffet, Jean Fautrier, Hans Hartung and Pierre Soulages also count among this circle of significant artists. [CH]
More Information
+
Sell
Would you like to sell a similar object?
+
Register for
Serge Poliakoff
+
Buying from A-Z
+
Contact a specialist
+
Serge Poliakoff Biography
Share 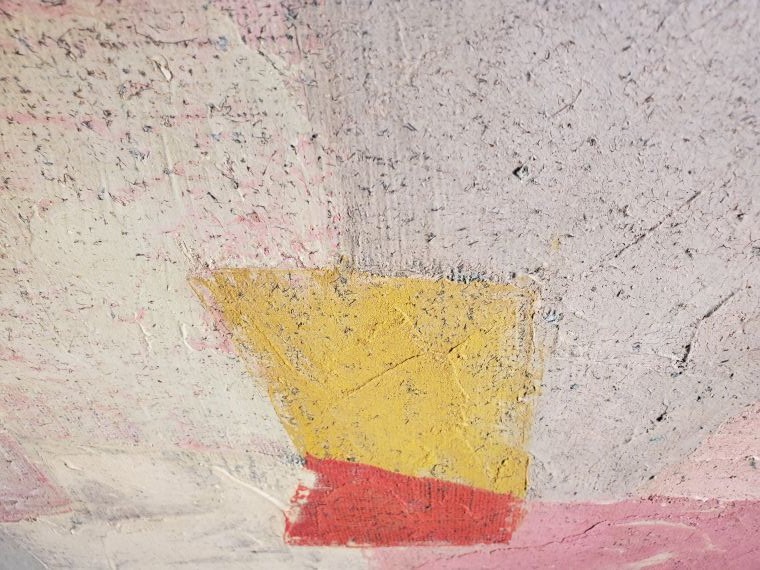 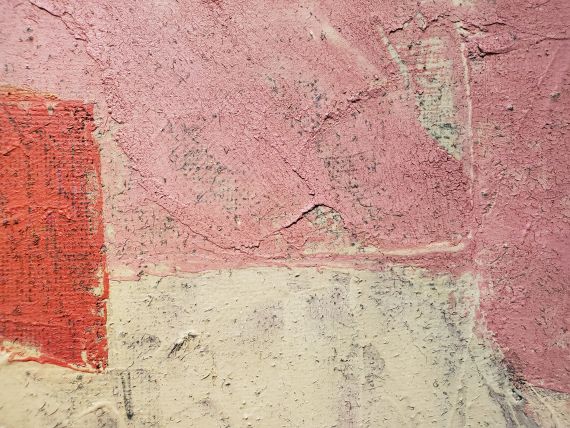 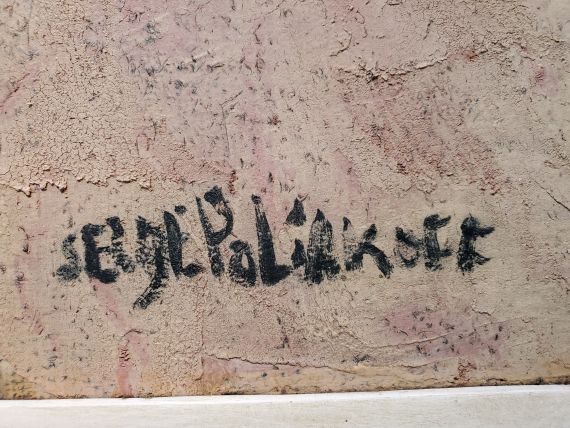 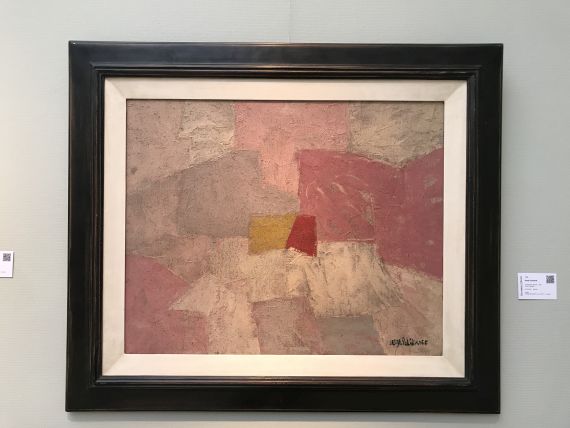