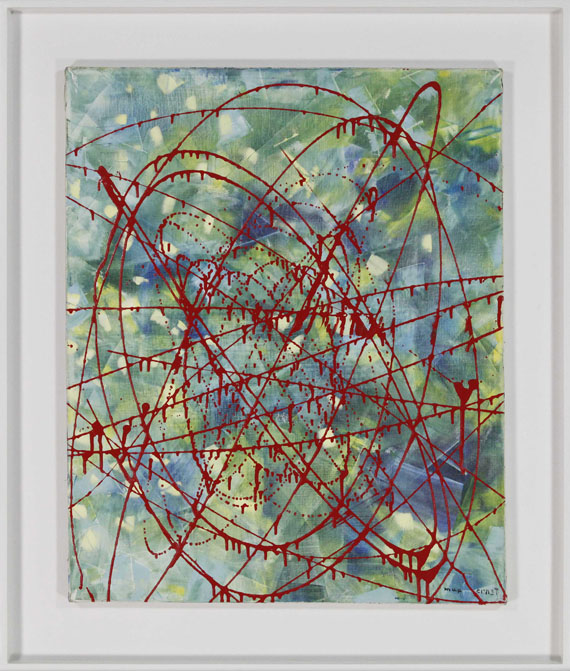 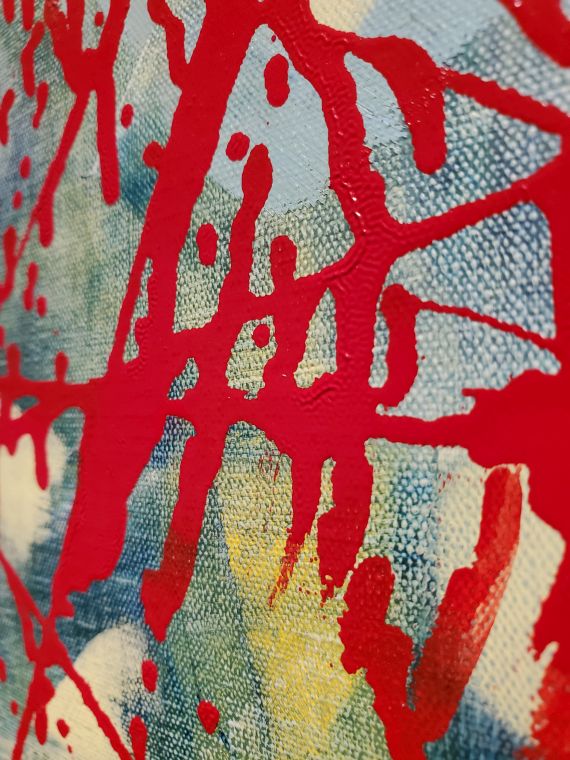 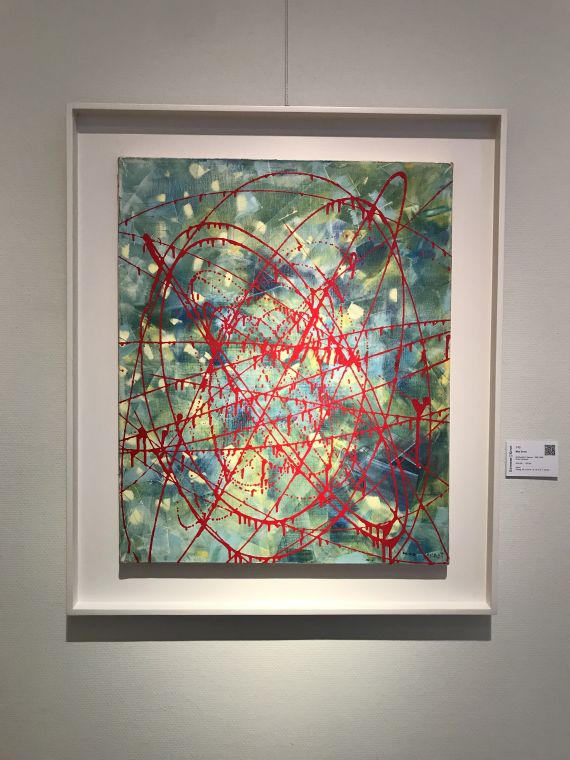 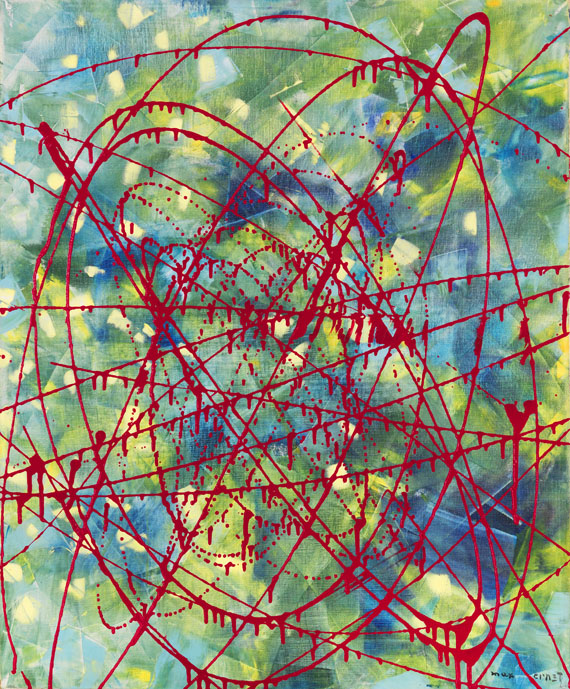 The quest for new techniques and their constant development is characteristic of the oeuvre of Max Ernst. Over-paintings, collages, frottages, grattages or the offset method enable the artist to alienate the trivial and to orchestrate stirring accounts of the inexplicable. While the artist was in exile in the US he invented the oscillation technique in 1942. A subconscious and remarkably creative method that lead to impressive cosmic worlds. "Der verwirrte Planet" (The Confused Planet) was the first picture made in this technique, today it is in possession of the Tel Aviv Museum of Art. The same year he also made the work "Der Surrealismus und die Malerei" (Surrealism and Painting), today part of the Menil Collection, Houston. The picture shows "Loplop" – the mythical bird Max Ernst conceived as alter ego in the late 1920s – with its offspring, working on a picture on an easel in oscillation technique. Ernst renders account of his work method by means of a picture-in-picture-motif: It is the artist’s soulmate who grasps the brush and reveals his psyche. The oscillation is another method for Max Ernst that allows him to visualize his subconsciousness. At the same time he takes the surrealist "Écriture automatique", automatic writing with the consciousness switched off, to a new technical level. He explains that it was more like a children's game: "Tie an empty tin to a six to eight feet long string, make a small hole in the bottom of the tin, fill it with liquid paint. Let the tin swing on the string back and forth across a canvas spread out on the ground, guide the tin through movement of hands, arms, shoulder and the entire body. This way surprising lines drip on the canvas. The game of the association of ideas may begin.“ (Quote after: ex. cat. Sprengel macht Ernst. Die Sammlung Max Ernst, Sprengel Museum Hanover 2006, p. 185). "In Japanese art schools", he continues, "you first learn to draw with the hand, then with hand and forearm, than with the whole arm up to the shoulder and so on. You have to practice for years until you can properly employ the entire body. My method is based on the same concept" (Quote from: Werner Spies: Max Ernst. Leben und Werk, Cologne2005, pp. 171f.). This largely uncontrolled and semiautomatic method produces net-like compositions of circles, lines and dots on the image surface. The oscillation is an innovative technique which initially expands the artistic method of Surrealism by another aspect, but which also anticipates Jackson Pollock’s Drip-Painting. Pollock was fascinated by Ernst’s new painting and its rhythmically applied and intersecting color traces, the balled signs and encoded signets, and began to use the abstract method for his won large-size gestural paintings as of 1947. He no longer let the paint-filled tin swing on a string, instead he makes wide circular movements across the canvas with the tin in his hand or tied to a stick.
The work "Manifestation Vietnam" is both powerful and intense. It is a document of an immediate and dynamic style that avoids conscious control and a planned composition, so that expressive gestures determine the nature of painting.
Through the title "Manifestation Vietnam" the artist addresses a subject matter that deeply moved society in those days. In August 1964 the US got actively involved in the First Indochina War with bombing campaigns which lead to protests around the world. There were several protest marches under the slogan"Six heures du monde pour le Vietnam" (Sx Hours of the World for Vietnam) in France in 1966. One of Max Ernst’s Dripping-Paintings was used for a campaign poster. [CE]
More Information
+
Sell
Get a free appraisal for a similar object!
+
Register for
Max Ernst
+
Buying from A-Z
+
Contact a specialist
+
Max Ernst Biography
Share