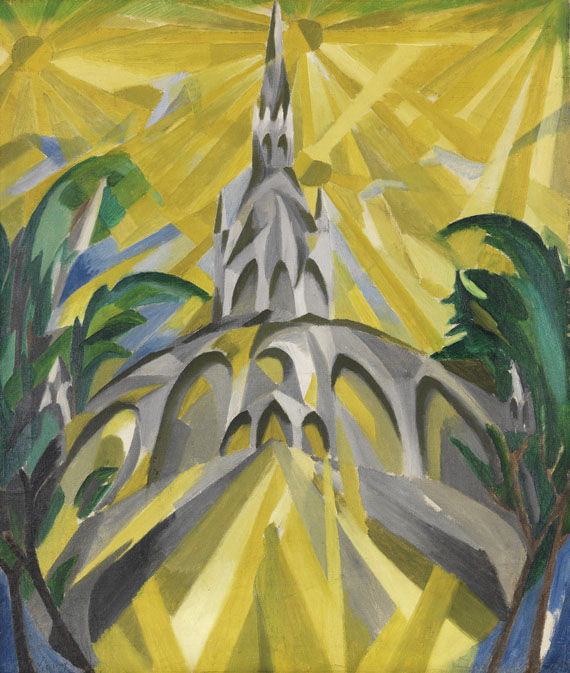 - In private ownership for more than 40 years.
- From H. M. Davringhausen's important time in Berlin.
- Made almost the same time as comparable works by Delaunay.

Essay
The young artist Davringhausen created this work one year after he had moved to the bustling metropolis Berlin and right into the heart of the then lively avant-garde art scene. He was in contact with artists, writers and philosophers, among them George Grosz, Ludwig Meidner or Walter Benjamin. The events and effects of World War I changed the climate in the creative circles fundamentally. The formerly fruitful international exchange with artists from France and Italy came to a standstill. Futurist tendencies in Italy and an emerging Cubism and France had already shown a lasting impact on the young Davringhausen. The seminal works by Robert Delaunays (1885-1941) seem to have played a key role in his artistic development, as the work offered here delivers impressive proof of. In his Eiffel Tower cycle from 1909 Delaunay shows the architectural epitome of the modern age in a fragmented and deconstructed form. He assembles the single fragments and creates something new and vibrant: A striking document of the completion of his development of his abstraction towards Cubism that would strongly influence the art of Heinrich Maria Davringhausen, who was active in Berlinat that point. He depicts the Lourdes Cathedral towering above vegetation in bold and strong colors and with hard and edgy geometrical forms, an optical trick that can also be observed in Delaunay’s "Eiffel Tower" from 1910. While the adjacent houses enframe the modern steel structure in Delaunay’s work, the Cathedral in our work is surrounded by a forest scenery, the effect is the same: the building is at the work’s focal point. Davringhausen was quite familiar with Delaunay’s works, as he became highly acknowledged in Germany after participating in important exhibitions, in particular the first exhibition of the ‘Blauer Reiter’ in Munich. Delaunay’s impact on fellow students of Davringhausen, among them August Macke, is widely known. The beginning of World War I was accompanied by a general disillusionment that led to revolutionary pacifistic tendencies, both in society in general and among artists of different fields in particular. Many artists like August Macke and Franz Marc were drafted for military service and would never return from the battle fields. As of 1916 Davringhausen was active for the oppositional magazine "Neue Jugend" in which he published some of his works. At the same time he was occupied with paintings of primarily religious themes, among them "Kreuzigung" (Crucifixion, 1916) or "Vision des verlorenen Sohnes" (Vision of the Prodigal Son, 1916). The depiction of the Lourdes Cathedral in strong colors offered here was made the same year. It is a striking document of a new and very own plasticity that Davringhausen attained by means of a spectacular and intense coloring and the characteristic mosaic composition. [CH]
More Information
+
Sell
Would you like to sell a similar object?
+
Register for
Heinrich Maria Davringhausen
+
Buying from A-Z
+
Contact a specialist
+
Heinrich Maria Davringhausen Biography
Share 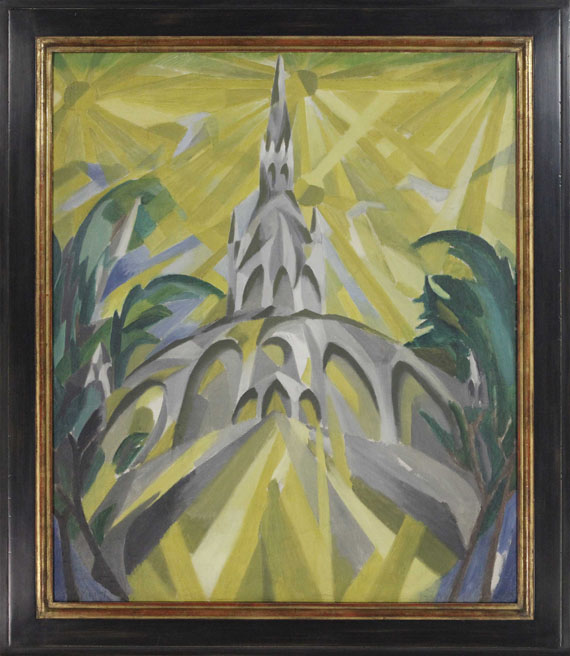 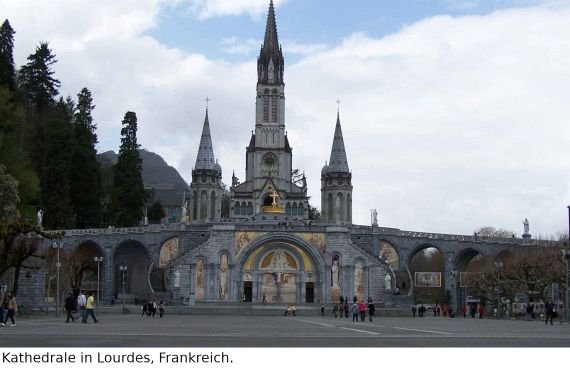