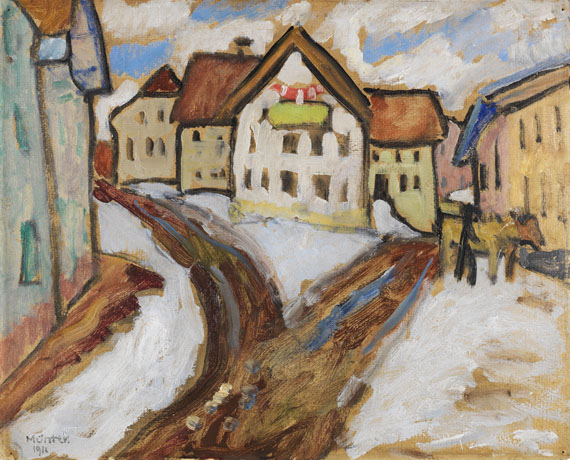 • Early Murnau townscape.
• Made in the founding year of the 'Blaue Reiter'.
• Radical and seminal structurization and simplification of the subject.
• On display at the galleries 'Emil Richter' and 'Der Sturm'.
• The work has not been showcased for more than 100 years.
Accompanied by a written confirmation from the Gabriele Münter - and Johannes Eichner-Foundation, Munich, from 17 October, 2019. The work will be included into the catalog raisonné of paintings by Gabriele Münter.

Essay
The intensity with which Gabriele Münter was occupied with methodical questions regarding her artistic creation is often overlooked. In 1910/11 the decisive question that came up was about the functions and the variability of the "form" in the picture. This question led to a radical and game-changing structurization and simplification of the subject of her pictures, which becomes particularly obvious in our work through the grid-like representation of the row of houses, as well as through the choice of motif itself: A road junction in Seehausen, a neighboring town of Murnau, leading through almost symmetrically fanned-out houses. Additionally, the year 1911 was also of great significance for Gabriele Münter’s private life. In this context "Tauwetter im Dorf" (Villa) can be interpreted as a programmatic statement that Gabriele Münter made. The "Neue Künstlervereinigung München" (Munich New Artist's Association), with Gabriele Münter and her companions as members, was founded two years earlier in 1909. After some time, however, tensions between more traditionally minded members and those with a progressive approach to art increased. As a consequence Kandinsky resigned from his post as chairman on January 10, 1911. Over the course of the year 1911 the idea of establishing an own artist group took shape: Kandinsky, Münter, Marc and Kubin founded the group "Der Blaue Reiter", which, next to the "Brücke", would become one of the most innovative and trend-setting movements in German art of the 20\up6 th century. Accordingly, at the beginning of 1911 artistic crossroads became manifest, and Gabriele Münter followed a path of renewal and modernization. In this sense the junction during a thaw can be understood as a reference to her very personal crossroads. [EH]
More Information
+
Sell
Would you like to sell a similar object?
+
Register for
Gabriele Münter
+
Buying from A-Z
+
Contact a specialist
+
Gabriele Münter Biography
Share 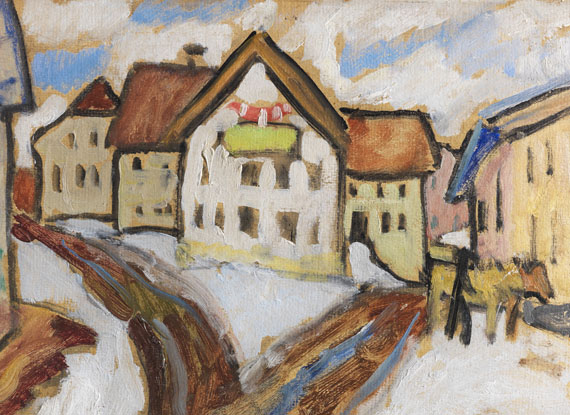 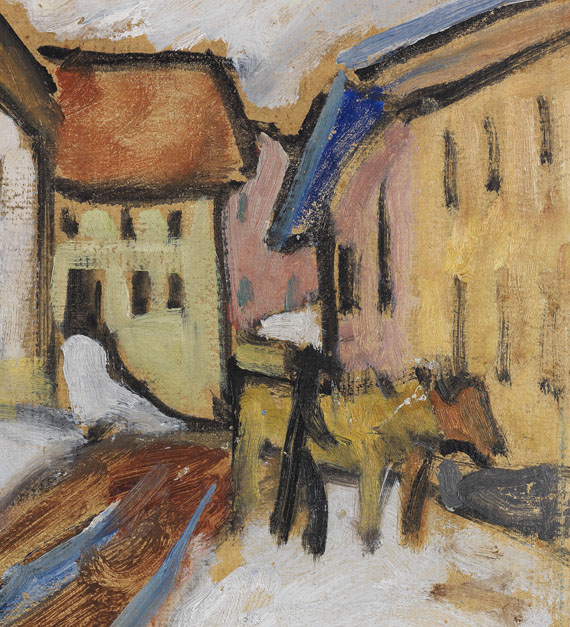 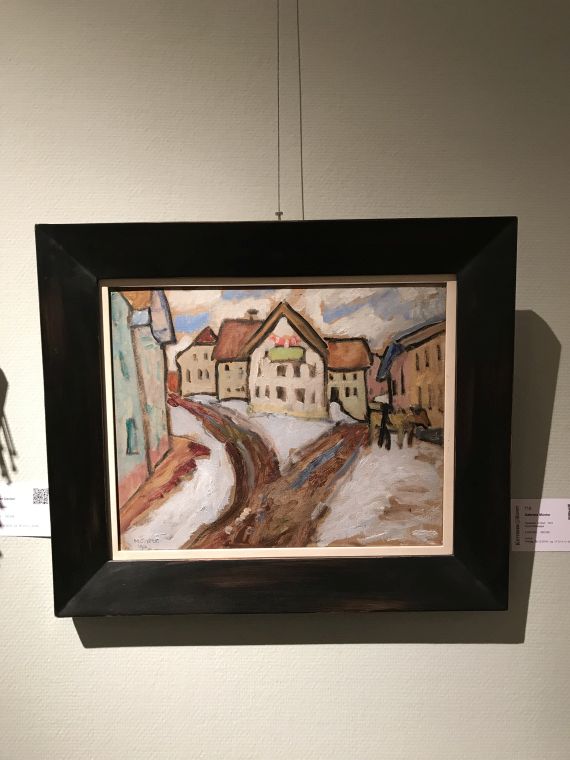