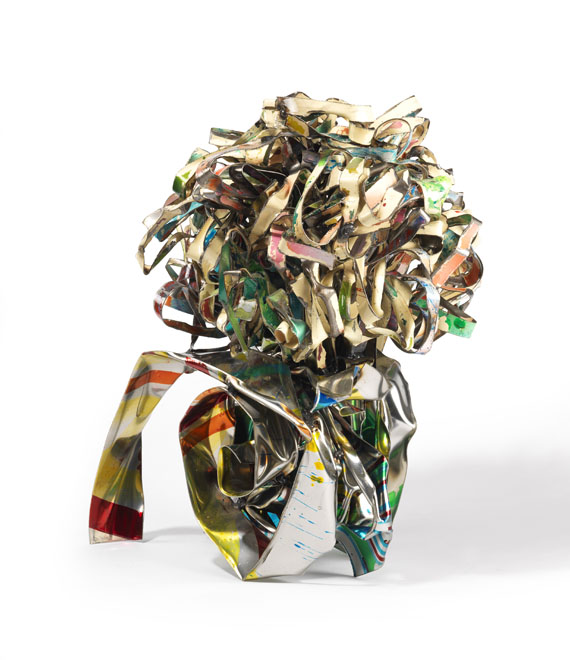 • One of he most important representatives of spatial Abstract Expressionism.
• Unique Object.
• Transformation of industrial steel sheet to a light and airy artwork.

Essay
John Chamberlain considers himself an Abstract Expressionist. Even though his sculptures of metal car parts allow for a wide range of associations, they are, after all, entirely abstract structures. In search of cheap materials for his artistic activities in the 1960s, Chamberlain realized that American junkyards were true treasure chests offering seemingly infinite resources. Eventually, weathered chromed body panels became his preferred material from which he created elegant and complex figures characterized by twisted and artfully intertwined metal stripes that call reminiscence of opulent-baroque drapery. "I'm basically a collagist", he explains. "I put one thing together with another thing [..]. I sort of invented my own art supplies. I saw all this material just lying around against buildings and it was in color, so I felt I was ahead on two counts there." (Quote from: www.artandantiquesmag.com/2018/08/john-chamberlain/ ). In the 1960s Chamberlain still took his raw material from scrapyards in his neighborhood, later on he had them delivered right from the factory. Chamberlain soon became fed up with the metaphoric connotations that were forced on his works and began to experiment with other unconventional, industrially-made materials like plexiglass, coated papers, sponge rubber, aluminum foil or rubber foam. He explains: "I was tired of using automobile material because the only response I ever got was that I was making automobile crashes and that I used the automobile as some symbolic bullshit about our society." (Quote from: https://www.amysillman.com ). After a little while he returned to his favored primary material, however, he began to paint it and created more subtle and airy formations– of which this work from 2006 is a wonderful example. Through the treatment of the sharp-edged material with paint and its artful deformation he realizes a construction that seems to have lost all its metallic heaviness.Chamberlain glorifies the primitive raw material, supposedly useless as it has been discarded by others, and takes it to a whole new level of aesthetic utility.
Just as it is the case with "Oktett2Sharps" offered here, some titles of works by the artist have musical connotations. Chamberlain decided to become an artist at the young age of twelve when he heard Schubert’s Ave Maria on the radio. He immediately felt the urge to create something that would make the hearts of others beat faster. Music became an integral part of his work and remained a true companion up until his death in 2011. Jazz or classical music always sounded through his studio or his private home.
Today Chamberlain is regarded a precursor of Pop-Art. Owing to his extremely individualistic forms of expression, he is one of the most renowned representatives of Abstract Expressionism of the 20th and 21th century. In the 1960s his seminal innovative material experiments made for his international fame, something the artist never really became used to. He once told a journalist: "I once had a drink with Billy Holiday, and I smoked a joint with Louis Armstrong. Those are my real claims to fame. Write that down." (Quote after: Randy Kennedy, A Crusher of Cars. A Molder of Metal, www.nytimes.com). [CH]
More Information
+
Sell
Would you like to sell a similar object?
+
Register for
John Chamberlain
+
Buying from A-Z
+
Contact a specialist
+
John Chamberlain Biography
Share 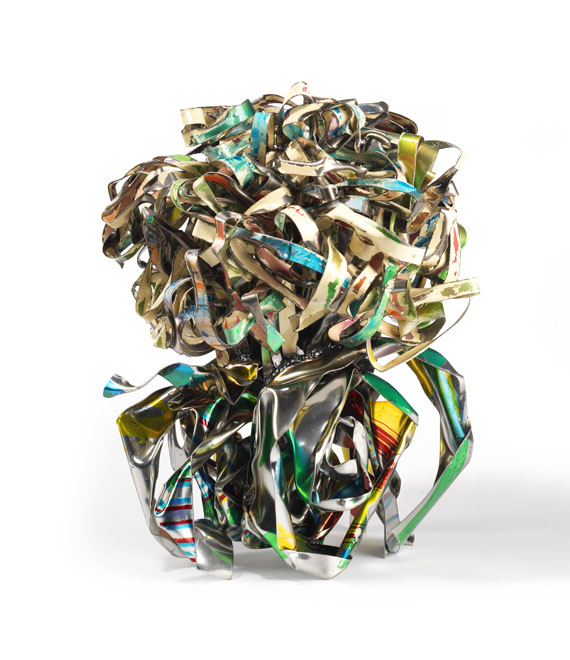 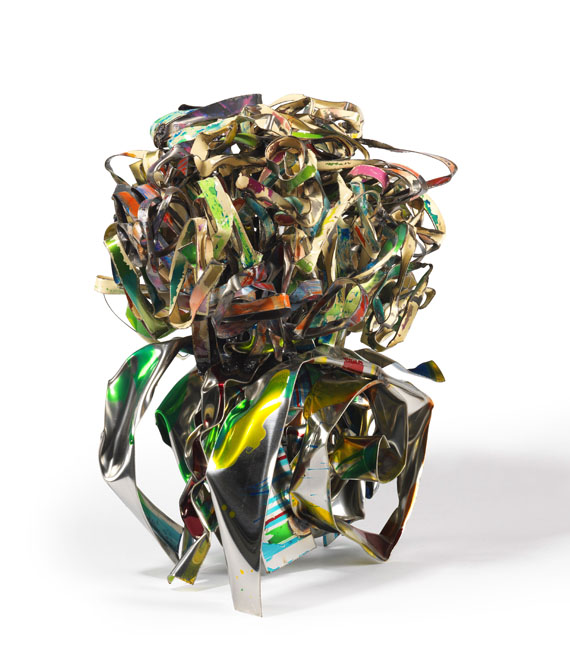 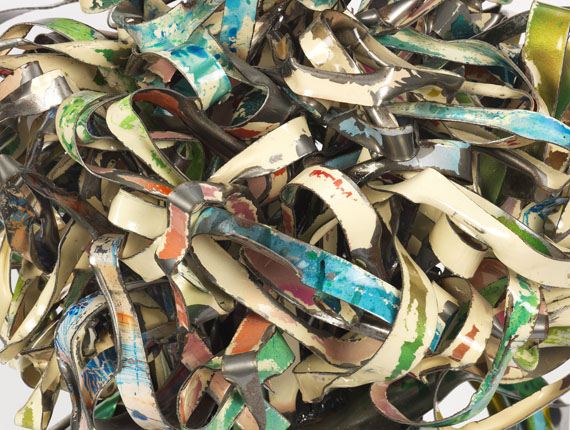