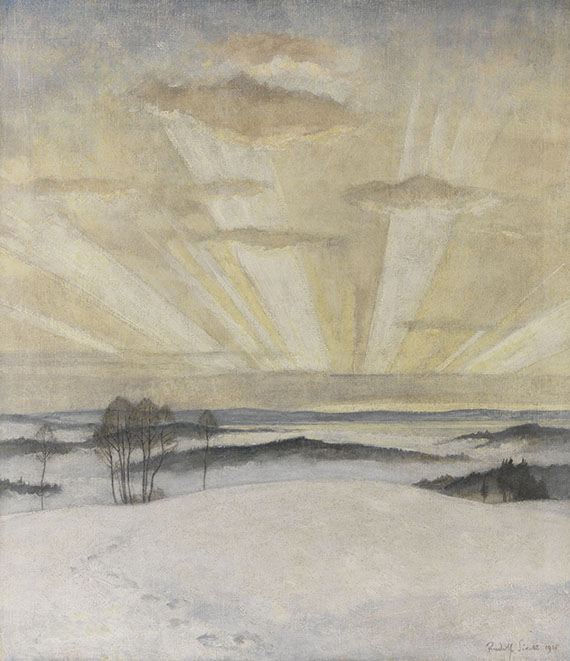 Essay
Particularly light and tender painting by the 'Chiemsee-Painter' Rudolf Sieck, who relocated to Pinswang in the Chiemgau in 1913, where he joined the artist group "Die Welle“. Over the time, he showed his works in many exhibitions together with other members of the group. Our work is particularly captivating for its nearly monochrome colors that were predominantly applied in glazing brushstrokes. Only the snow-covered hilltops in foreground and the rays of dawn across the sky are executed in various nuances of white. The subtle and reduced lines add a lightness and finesse to the landscape that calls reminiscence of Art Nouveau - a characteristci trait of Rudolf Sieck's works. [FS]
More Information
+
Sell
Would you like to sell a similar object?
+
Register for
Rudolf Sieck
+
Buying from A-Z
+
Contact a specialist
Share 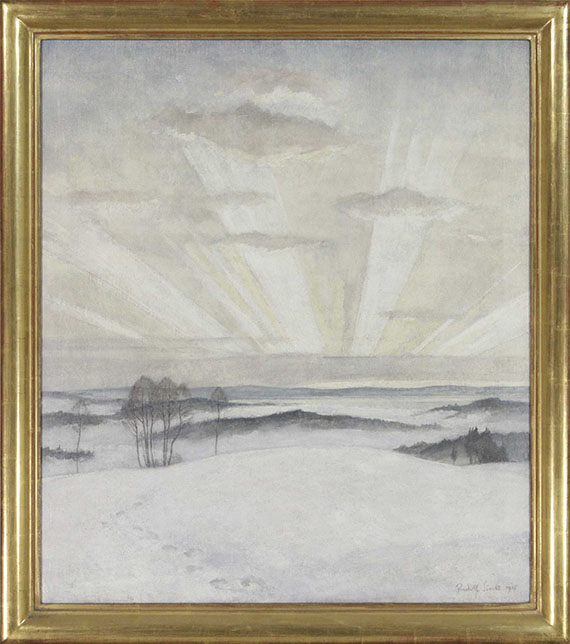