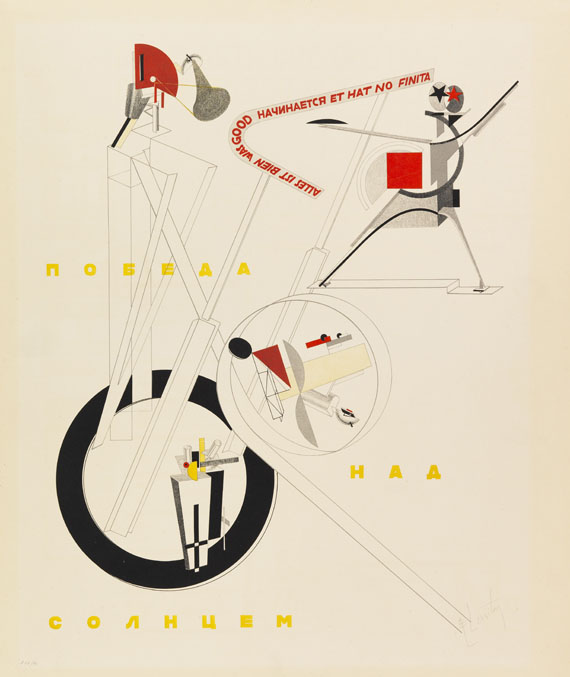 PROVENANCE: Collection Neuerburg, Cologne (with the blindstamp on each sheet (Lugt 1344a).
Private collection Chicago, USA.

Essay
This portfolio is a prime example of the art and philosophy of Suprematism, both in terms of form and content. El Lissitzky outlines his fundamental ideas of an "Electro-Mechanical Show" in this complete portfolio. In the introductory text he mentions that “for the premiere of the Electro-Mechanical Show.. he used a modern play that was written for the stage". He adapted the first futuristic opera, after the libretto by Alexej Kruschonych and the music from Michail Matjuschin, which premiered at the St.Petersburg Lunapark-Theatre in 1913. Light, costumes and stage design came from none other than Kasimir Malewitsch. The opera was extremely edgy and progressive as far as the music and the libretto were concerned, which may explain why it was only shown twice. It tells the story of a time traveler and his experience in an entirely new society in the 35th century. The people of the future are so strong that they even manage to defeat the sun, as it is no longer needed and represents energy of the old world. In this sense the sun represents all the energies of the old world. The intellectual world that El Lissitzky renders onto paper in these lithographs may undoubtedly be described as science-fiction. In the portfolio El Lissitzky develops a stage design, called "Show-Mashine", as well as its protagonists which he perceived as ” Machine-People”. It is a futuristic vision of a synthesis of man and machine. This bold project of an adaption of an opera by Matjuschin in form of an Electro-Mechanical Show has never been realized.
However, it should be understood as the logical and consistent continuation of the supremacist ideas, and is thus of groundbreaking significance. These ideas live on up until today, for example in the ‘Man-Machine’ concept of the group ‘Kraftwerk’, German pioneers of electronic music. Another seminal aspect of the portfolio is its typographic design. In his theories El Lissitzky postulates that typography will have to replace acoustics. Accentuation and expression of a word must be reflected in its form of appearance. A claim that becomes manifest in the optical presence of different font sizes and weights used for the imprint.
More Information
+
Sell
Would you like to sell a similar object?
+
Register for
El Lissitzky
+
Buying from A-Z
+
Contact a specialist
+
El Lissitzky Biography
Share 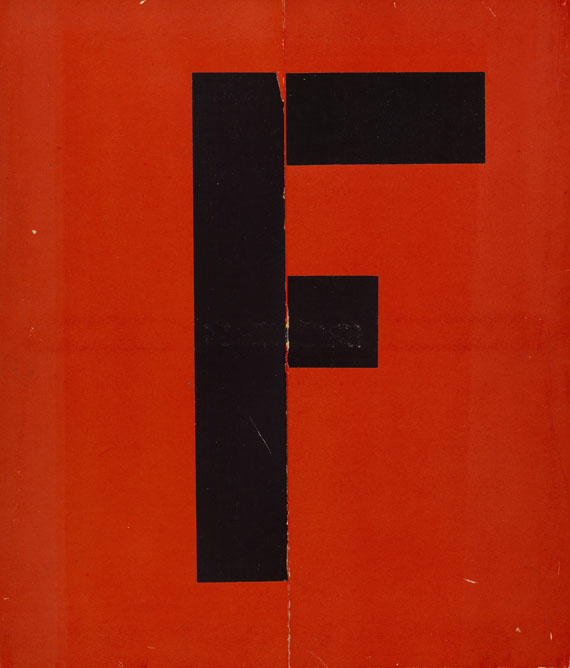 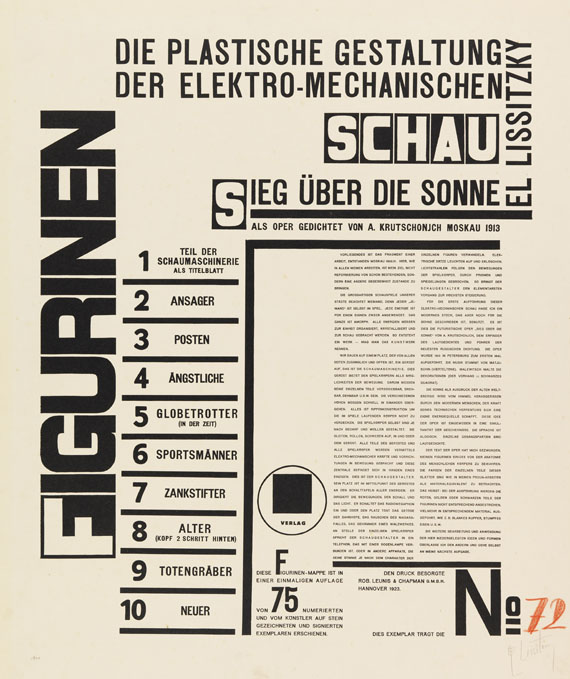 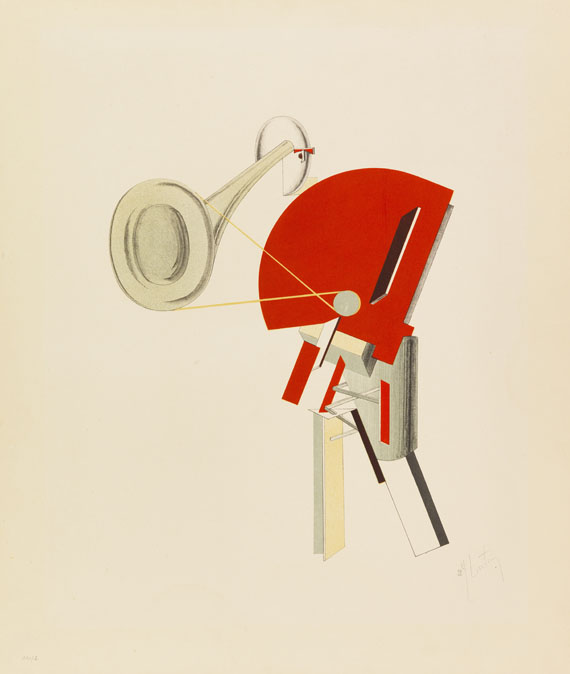 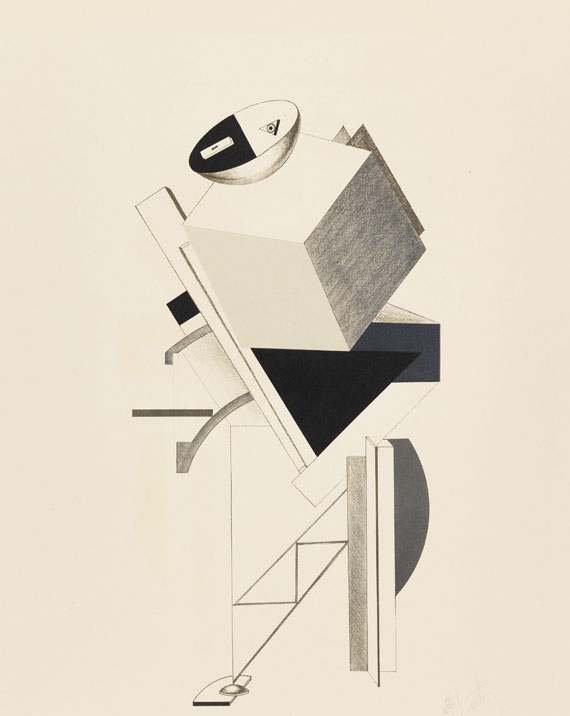 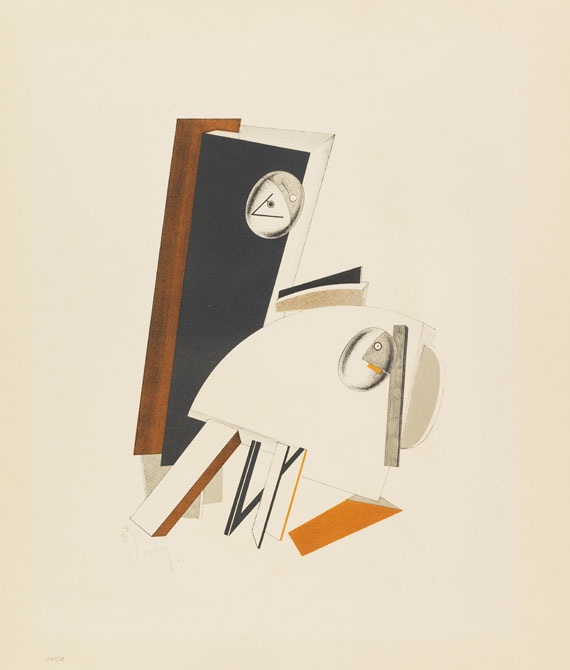 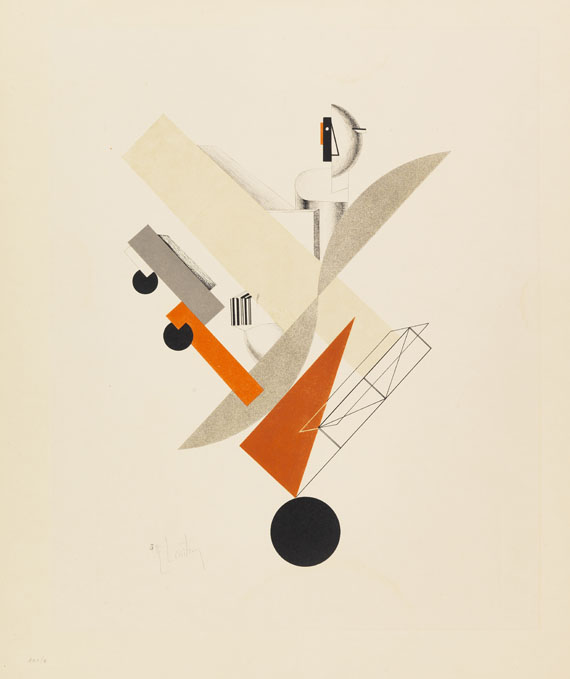 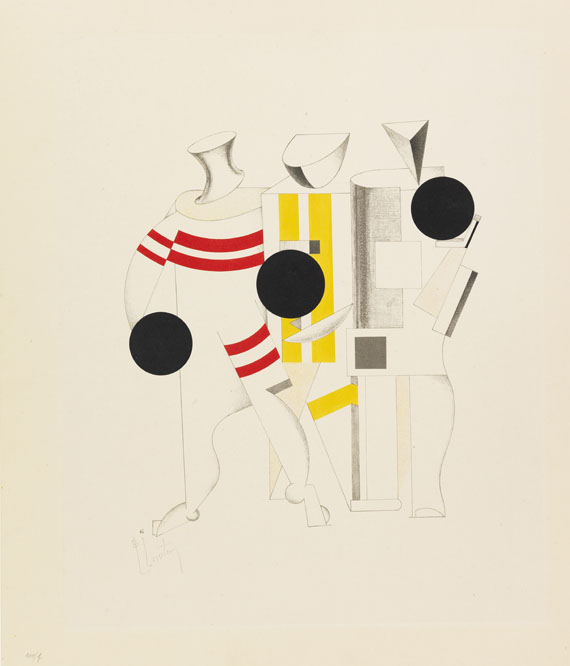 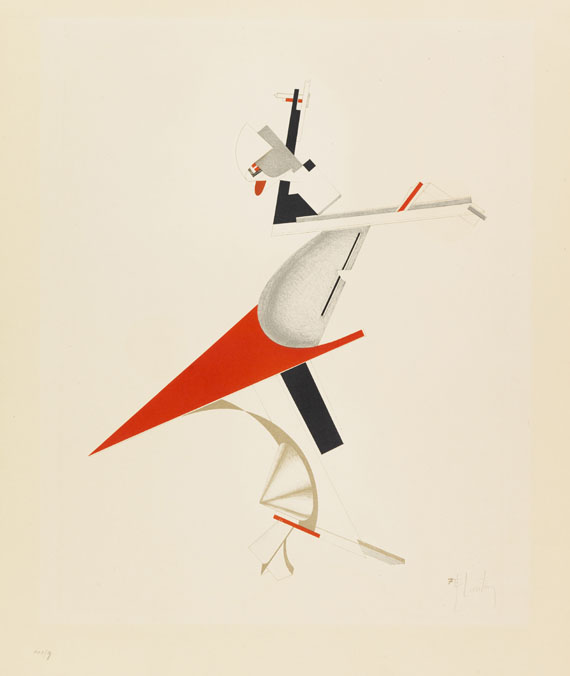 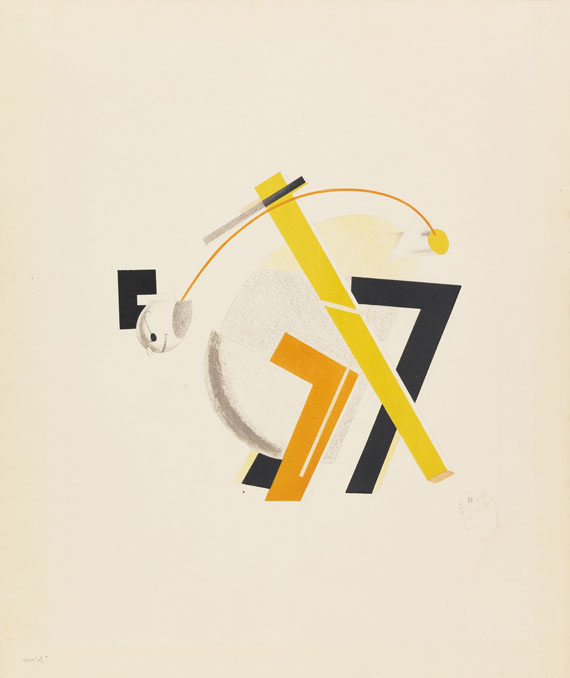 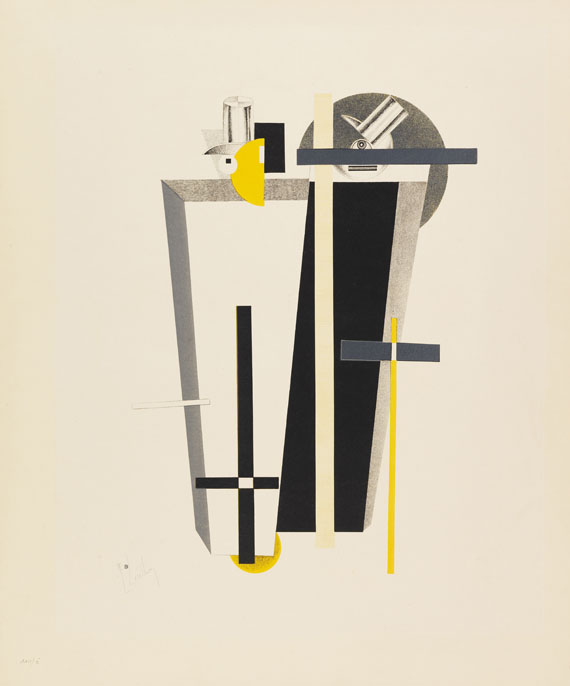 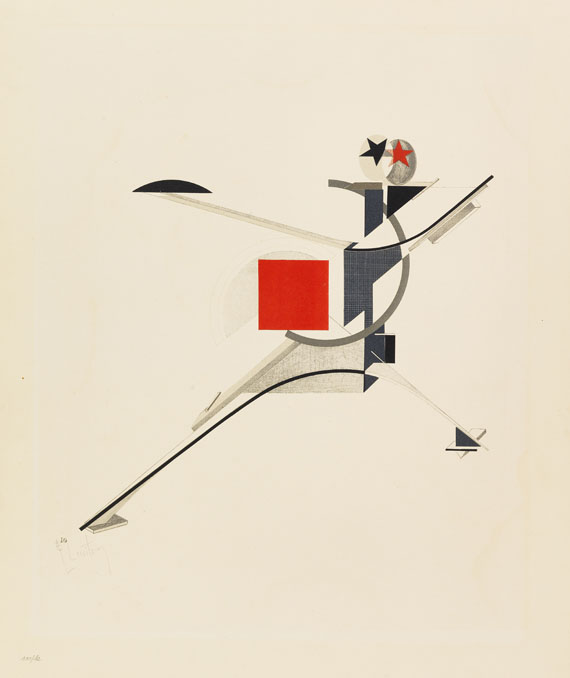