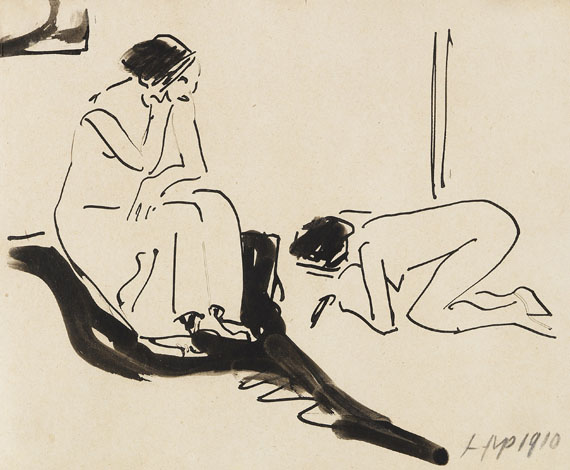 The work is registered at the archive of the Max Pechstein Urheberrechtsgemeinschaft (Copyright Asociation). We are grateful to Mr. Alexander Pechstein, Dobersdorf, for the kind support in cataloging this lot.

Essay
In 1908 Hermann Max Pechstein moved to the German (Art) Capital Berlin. Two years earlier he had joined the Dresden artist group "Die Brücke", which was founded by Ernst Ludwig Kirchner, Erich Heckel and Karl Schmidt-Rottluff in 1905. After the jury of the Berlin Secession had disapproved of Pechstein's works for the annual exhibition in 1910, the year this work was made, the artist, along with other like-minded fellows, signed the constituent document of the "Künstlergruppe Neue Secession 1910". A little later he became the group's president. The first exhibition titled "Ausstellung von Werken Zurückgewiesener der Berliner Secession" (Exhibition of Works by Artists rejected by the Berlin Secession) followed in May that year. The young artist's energy, drive and vitality are reflected by the strong and powerful brushstrokes and the figures' contours that he executed with great mastery, at the same time the work is a great document of his development towards a very own expressionist style during his days with "Die Brücke". [CH]
More Information
+
Sell
Would you like to sell a similar object?
+
Register for
Hermann Max Pechstein
+
Buying from A-Z
+
Contact a specialist
+
Hermann Max Pechstein Biography
Share 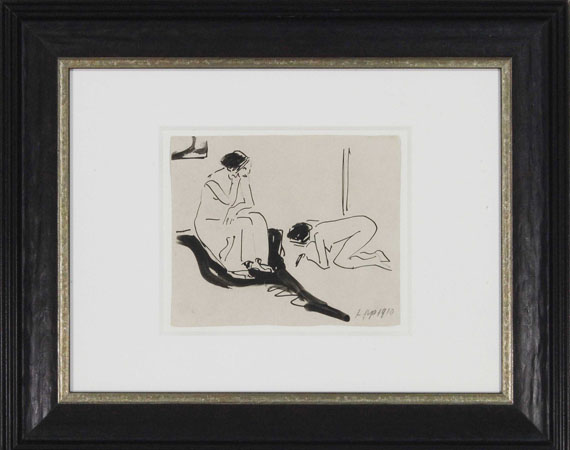