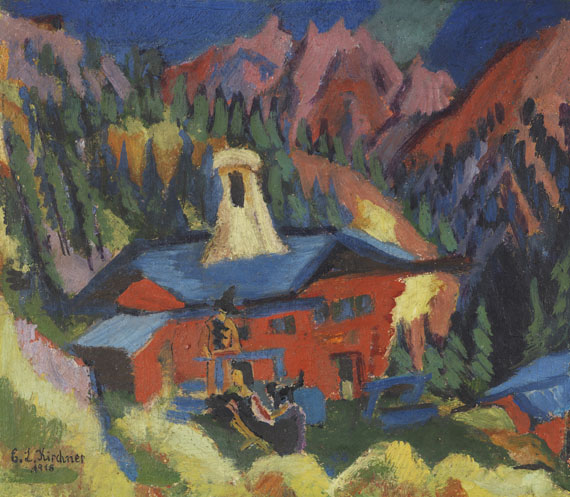 enlarge image
+
837
Ernst Ludwig Kirchner
Haus auf der Staffel, 1918/19.
Oil
Estimate:
€ 200,000 / $ 244,000
Sold:
€ 400,000 / $ 488.000
(incl. 25% surcharge)
Lot description
Haus auf der Staffel. 1918 /19.
Oil on canvas.
Gordon 538. Lower left signed and dated. Additionally signed, dated and titled on verso and with the estate stamp of the Kunstmuseum Basel (Lugt 1570 b) and twice with the hand-written registration number "Da/Aa 21". 28 x 32.5 cm (11 x 12.7 in).
Owing to the fact that the artist was so severely ill in 1918 that he was not able to write, he dictated his letters to Erna. Accordingly, this painting was signed and dated by Erna Kirchner on behalf of Ernst Ludwig Kirchner in lower left. This work depicts the cabin of the Rüesch family where Kirchner spent the summer months of 1918 on the Stafelalp. Initially with his caregiver Bühlmann from Kreuzlingen. At a later point Erna also came to visit him. The person in front of the cabin could be Erna, the person behind her with the tall hat could be Kirchner, his caregiver Bühlmann or a Stafelalp farmer.
This is one of the earliest, if not the earliest of all works, that Kirchner created on the Stafelalp.

PROVENANCE: Artist's estate (Davos 1938,
Kunstmuseum Basel 1946).
Kirchner community of heirs, Biberach (1954)
Walter Köhler, Munich (since 1954; heir of Walter Kirchner, the artist's brother (died in 1954); since then in possession of a Southern German family).

"This small painting here is a true gem in the long series of magnificent paintings that Kirchner would dedicate to Davos."
Dr. Wolfgang Henze, Ernst Ludwig Kirchner Archive, Wichtrach, November 2018.
"This place here teaches me the true value the single colors have. And the monumentality of the mountains' lines on top of that. The silence, too, is overwhelming. [..] I can't say yet when I will be back down again. Autumn up here is so marvelous. [..]"
Ernst Ludwig Kirchner, letter to Nele van de Velde from October 13, 1918 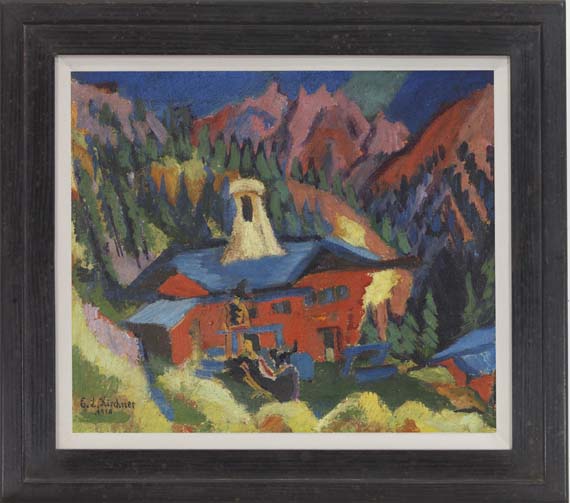 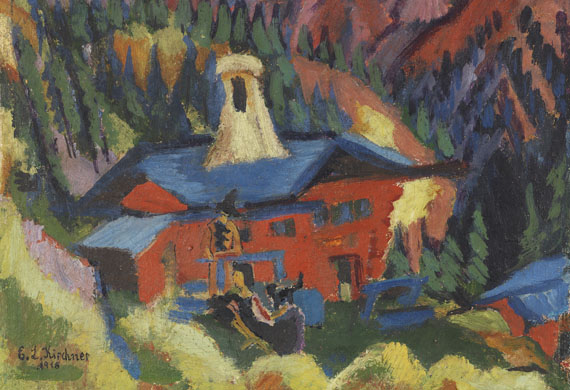 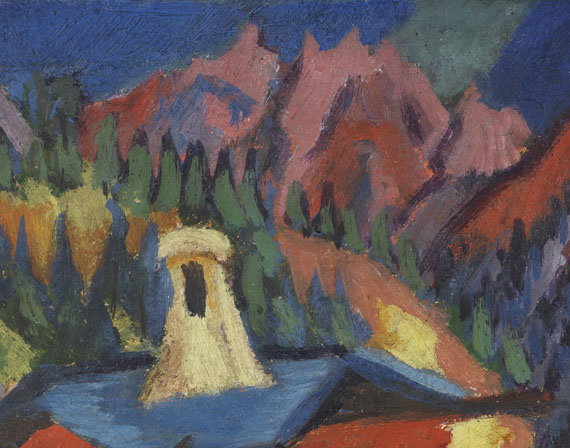 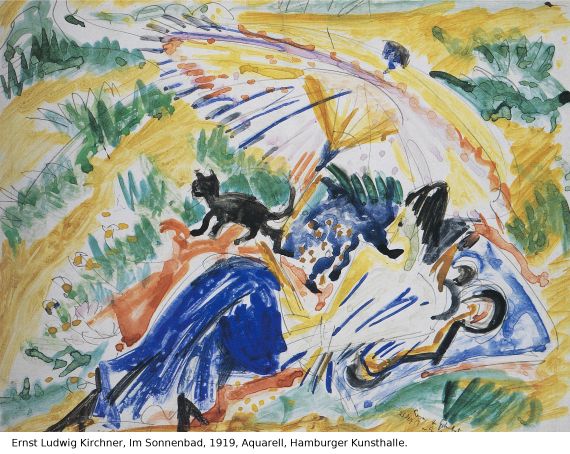 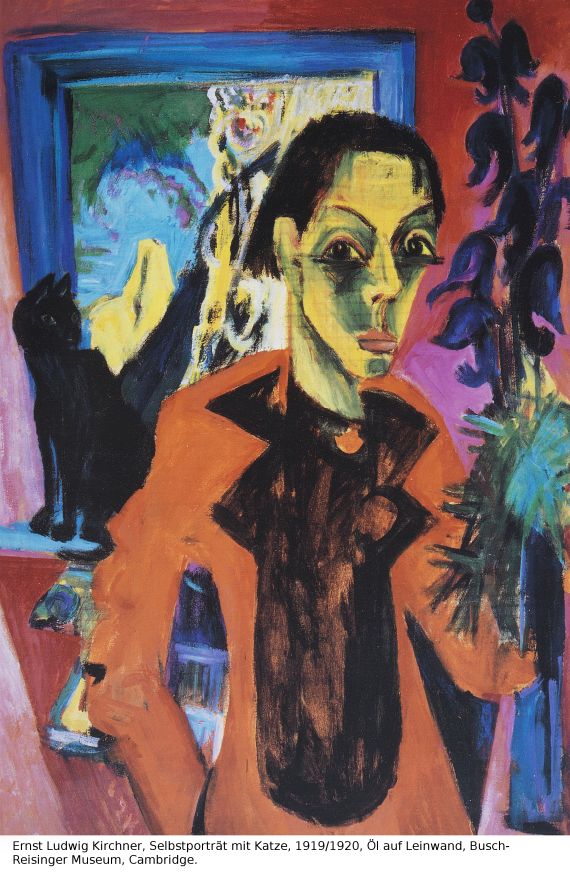