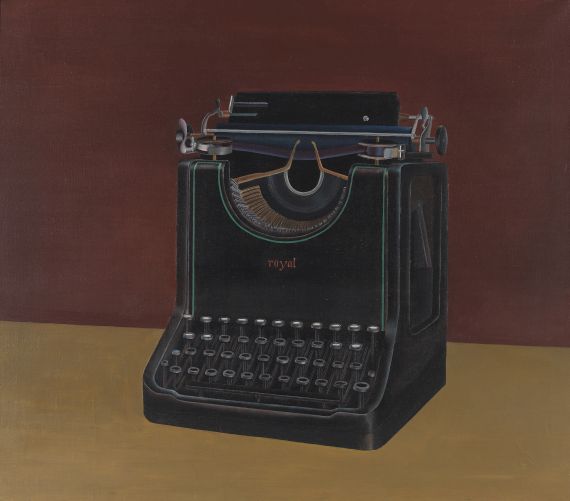 LTERATURE: Werner Hofmann, Konrad Klapheck, Retrospektive 1955-1985, Munich 1985, p. 40, with illu.
Arturo Schwarz, Klapheck, Milan 2002, p. 79, with full-page illu.
Konrad Klapheck. Bilder und Zeichnungen, kultur-online, http://kultur-online.net/node/23668 (as of October 24, 2018), with illu.
" painted the machine, because i wanted to do something special, something would always be remembered by. But what happened instead was that it made me realize the meaning of transience and how unimportant really am. Should that make me angry? don't think so, as coming to terms with the meaning of life helps bearing it."
Konrad Klapheck, Die Maschine und ich, 1963, in: Klapheck. Bilder und Texte, Düsseldorf 2013, p. 27.
"The difference between the photo realists [..] and him [Klapheck] is in the decided alteration that happens between subject and picture, the high degree of abstraction of his objects, the separation from their natural environment and - despite everything else - their remoteness from reality, their fetish character and their emblematic stylization. All of this means that Klapheck's pictures can neither be mistaken with the works of others nor with what they represent."
Werner Schmalenbach, 1976, quote from: Konrad Klapheck. Objekte zwischen Fetisch und Libido, Basel, Galerie Beyeler 1976, no page.

Essay
I
More Information
+
Sell
Would you like to sell a similar object?
+
Register for
Konrad Klapheck
+
Buying from A-Z
+
Contact a specialist
+
Konrad Klapheck Biography
Share 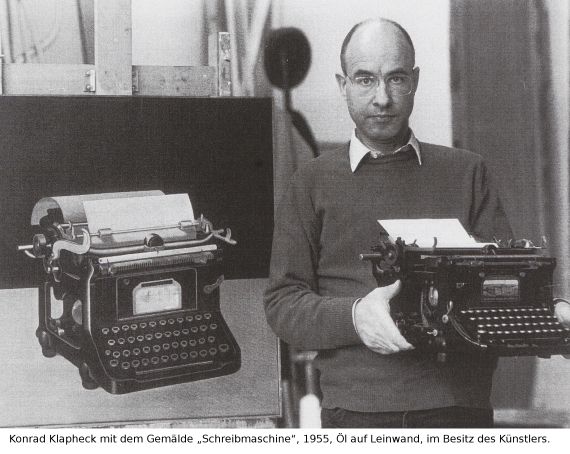 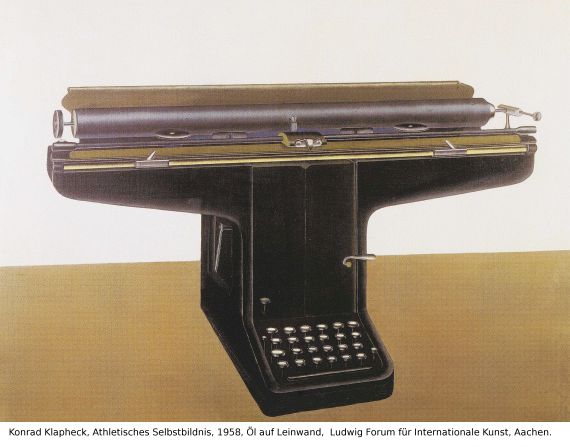 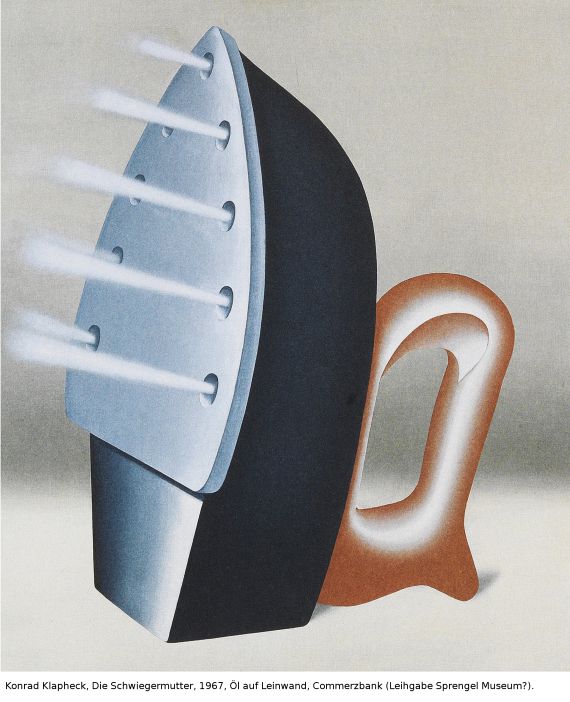