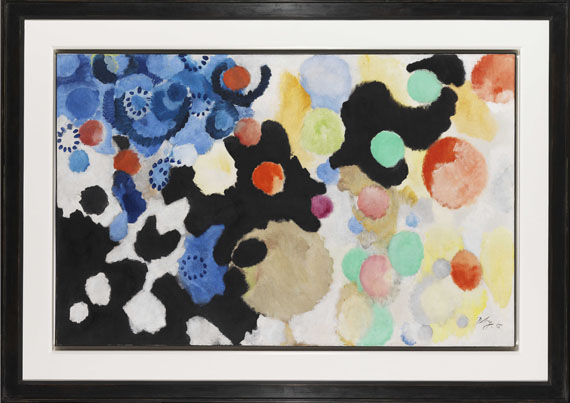 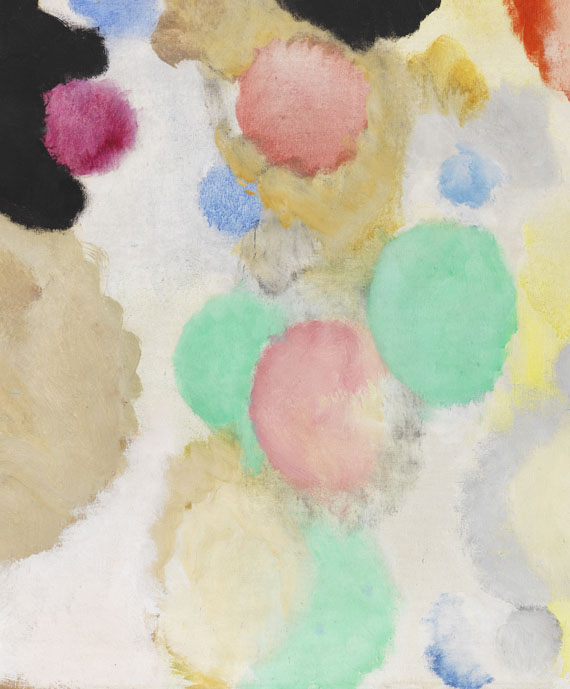 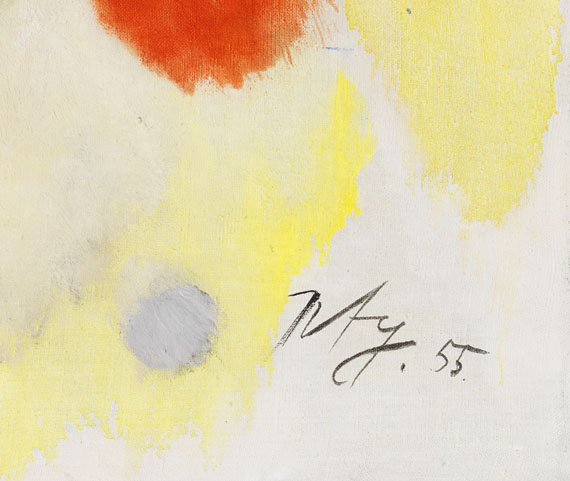 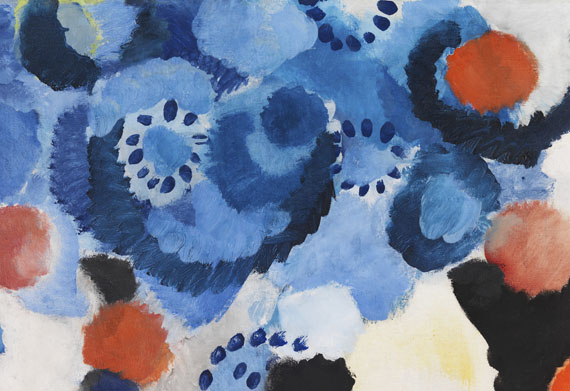 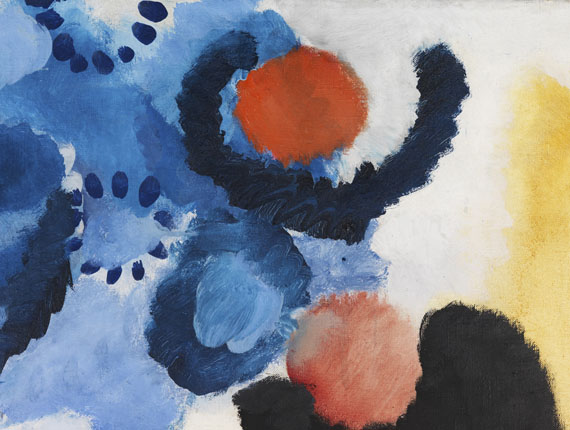 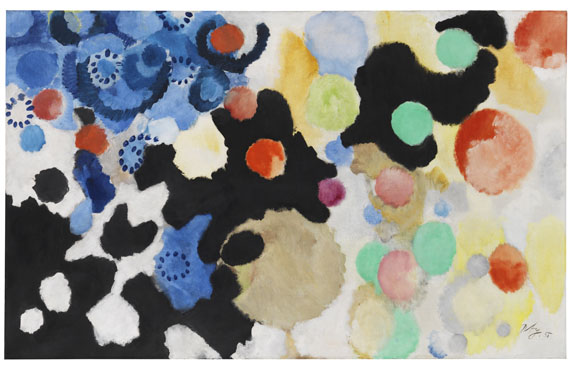 The oeuvre catalog from Aurel Scheibler differentiates between ten periods of creation in the work of Ernst Wilhelm Nay. The Disc Pictures, among which "Schwarze Sternenbahn“ counts, is one of the artist's most famous and most sought-after periods. In the early 1950s Nay began to dedicate his creation entirely to abstraction. From 1955 on the disc became his main motif, abandoning all squared and edged forms. His compositions hover and float across the canvas. To the artist it was a natural and entirely logical development. When asked how he had attained the disc, Nay answered that to him the natural distribution of color in the process of painting is in the circle. "At first my idea with the disc was of a completely artistic nature. If the composer is a setter of tones, I wanted to be a setter of colors and work with them in combination with rhythms, quanta, dynamic, sequences and fields." (Quote from: Ex. cat. Ernst Wilhelm Nay, Stedelijk Museum, Amsterdam, April 30 - June 10, 1998, et al, p. 99). This awareness helped Nay in the most ingenious way to the aspired simplification of art. Suddenly color as pure sounding body becomes bearer of expression, liberated from figure and form. This work "Schwarze Sternenbahn" shows the purest form of the disc picture, Nay does almost entirely without lines as elements of design, the composition solely lives on the color bodies that float on the different image levels. The soft tones of turquoise, taupe and coral on the one side and the strong shades of blue with color glorioles on the other side are firmly embraced by white and black color fields. The latter emphasize the determining diagonal, which adds decisive impulse to the composition. This also provides the work's title and functions as an associative interpretational aid. The elaborately thought-out color choreography creates a balanced interplay between lightness and massiveness. [SM]
More Information
+
Sell
Get a free appraisal for a similar object!
+
Register for
Ernst Wilhelm Nay
+
Buying from A-Z
+
Contact a specialist
+
Ernst Wilhelm Nay Biography
Share