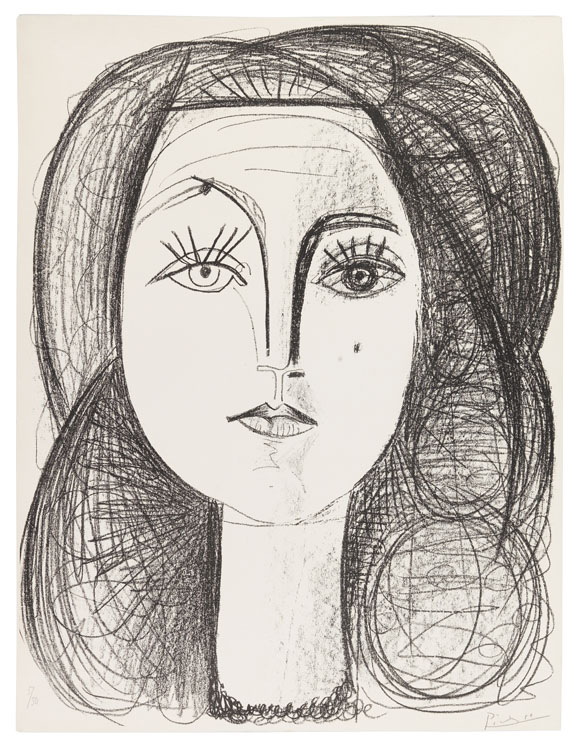 This is a very neat depiction of Picasso's lover Françoise Gilot, one of the artist's key sources of inspiration.

"Art is not the utilization of a canon of beauty, but the visualization of what instinct and brain are capable of capturing beyond any given acnon. When we love a woman we would not think for a second about measuring her limbs." http://www.kunstzitate.de/bildendekunst/kuenstlerueberkunst/picasso_pablo.html

Essay
After an interruption that lasted a couple of years, Picasso eventually continued his intensive occupation with the medium lithography in November 1945 by making the face of Françoise Gilot the first theme of his new lithographic creation.Picasso met the emerging artist in 1943 and she would become model for several paintings and drawings as well as of a number portrait lithographs made in 1945 and 1946. By means of simple and strong lines he depicted his young muse with wide open, slightly asymmetrical eyes and a slim nose as well as with a small mouth. The portrait is simple and plain but striking, captivates the eye of the observer and takes it beyond the circumscribed in an expansive move. [CE]
More Information
+
Sell
Would you like to sell a similar object?
+
Register for
Pablo Picasso
+
Buying from A-Z
+
Contact a specialist
+
Pablo Picasso Biography
Share 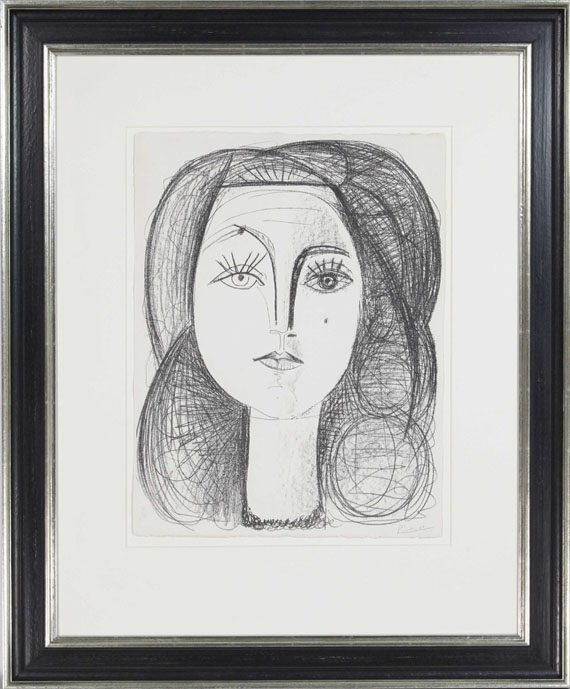 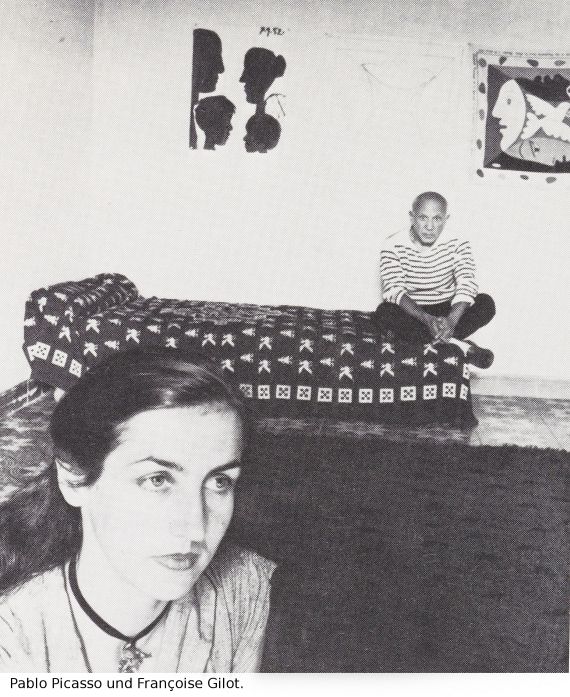