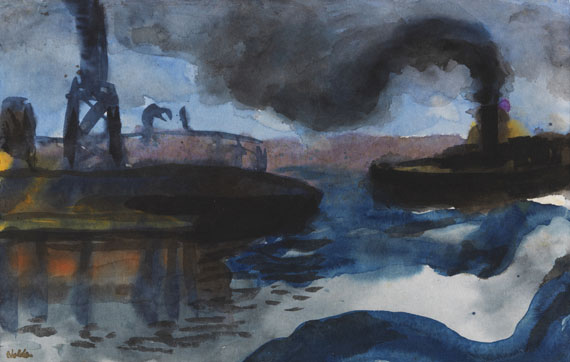 • Rare motif
• From the acclaimed art collection of Peggy and David Rockefeller
• In an excellent state of preservation.

Accompanied by a photo expertise from Prof. Dr. Manfred Reuther, Klockries, issued on October 5, 2017. The watercolor is registered at the Archive Reuther with the number "Nolde A - 49/ 2017".

Essay
For Nolde, who was living in the German-Danish border region, Hamburg was the closest metropolis. It also was the place where he met patrons and collectors like the couples Luise and Gustav Schiefler as well as Martha and Paul Rauert. Additionally, he had his first celebrated exhibitions, among others at the renowned gallery Commeter, there. Hamburg was also a stopover on many trips to Berlin, where he had his own studio since 1901. In February and March of 1910 Emil Nolde spent a longer period of time in Hamburg. Many India ink drawings, watercolors, graphic works and oil paintings of the harbor district came into existence. At that time the Port of Hamburg was the second-biggest port in Europe. One can easily imagine the busy hustle at any time of the day. Every day anew the artist felt attracted by the harbor’s goings-on, its sounds and smells. In doing so he was less interested in the daily chores and duties of the sailors and harbor workers, instead he observed the exciting competition between nature and technology. The harbor was where Nolde found his motifs: ships and pinnaces, foaming waves, smoke and steam, but also the docks, the landing bridges and the city’s dark silhouettes. Hamburg offered him everything he had a fascination for, he sensed the water and the rough weather, soaking up impressions of the harbor’s atmosphere, finding inner pictures that he then rendered in his wonderful works at a later point. The artist’s love for the elements is widely known, his compositions live on stormy waters, impressive sunsets and dramatic skies. His Hamburg compositions follow the same approach: making the harbor’s atmosphere, with all its water, light, fog and smoke sensuously tangible. Once more he succeeds with the help of his dynamic brushstroke and a virtuously employed watercolor technique. [SM]
More Information
+
Sell
Would you like to sell a similar object?
+
Register for
Emil Nolde
+
Buying from A-Z
+
Contact a specialist
+
Emil Nolde Biography
Share 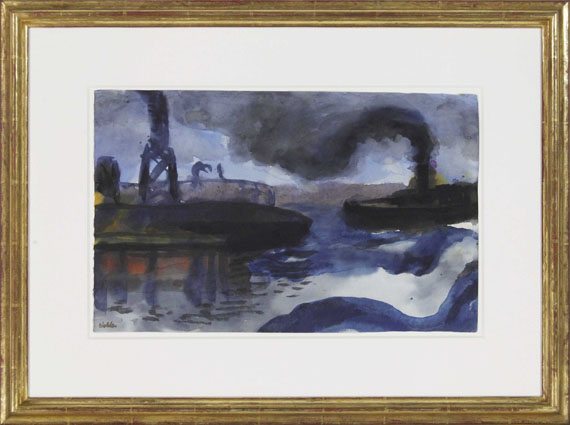 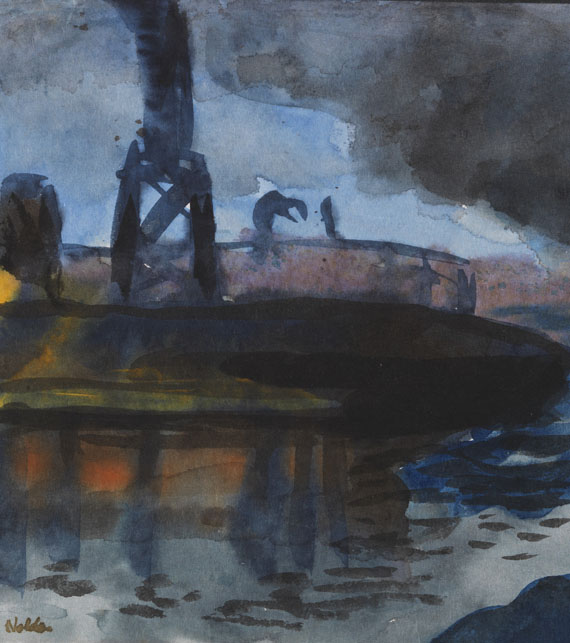 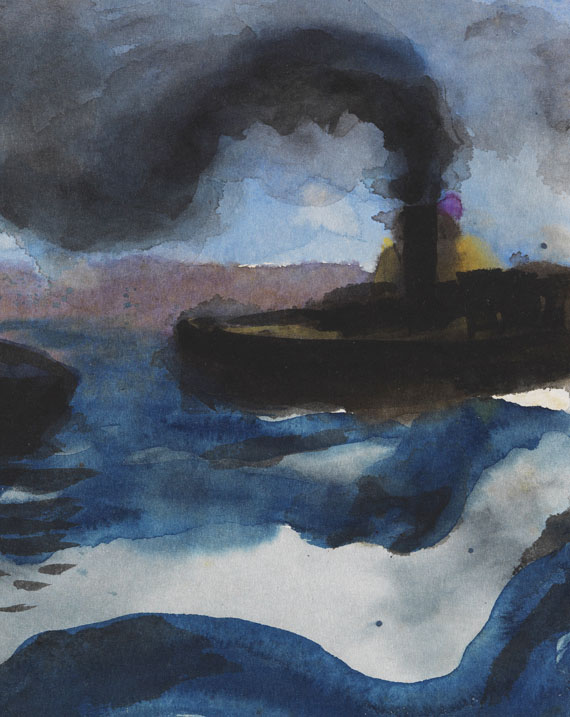