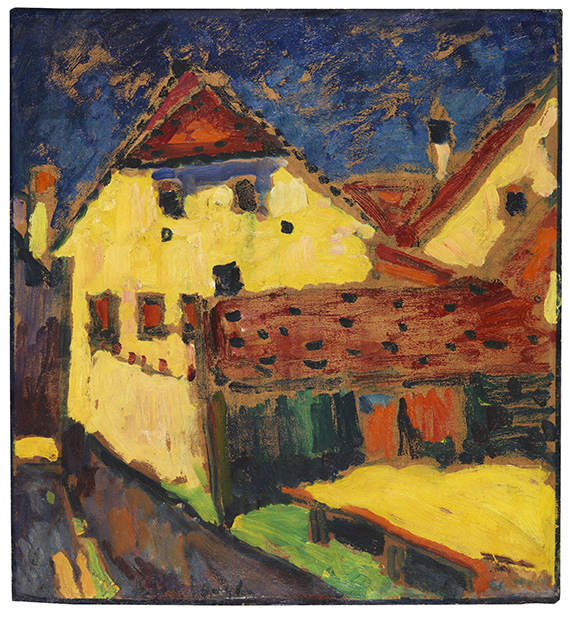 PROVENANCE: Presumably Karl Im Obersteg, Basel (as loan as of July 1933).
Dr. Staebli, Davos (acquired from the artist in September 1933; according to Lisa Kümmel's entry in the artist's sales book).
Aenne Abels, Cologne.
Siegfried Adler, Cologne/Montagnola (acquired from aforementioned, presumably around the mid 1950s).
Private collection Wiesbaden (acquired from the ancestors of today's owner before 1957).

LITERATURE: Clemens Weiler, Alexej Jawlensky, Cologne 1959, no. 536, with full-page color illu. on p. 68.
Wolf Dieter Dube, The expressionists, London 1972, no. 87, with illu.
“I began to paint in order to express in colors what nature told me to. Through hard work and with great excitement I gradually attained the right forms and colors in order to express what my spiritual self was longing for.”
Alexej von Jawlensky, Memoires 1937.
"To me faces just hint at what else is to be seen: the color's life, captured with passion, with love"
Alexej von Jawlensky, quote from: C. Weiler, 1970, no. 1, no p.

Essay
Shortly after Alexej Jawlensky and Marianne von Werefkin had made Munich their new home in 1896 he met his later art companion Wassily Kandinsky. In summer 1908 Jawlensky, Kandinsky, Marianne von Werefkin and Gabriele Münter worked together in Murnau for the first time. This was also where they conceived the idea of the "Neue Künstlervereinigung München" (Munich New Artist's Association), which the four painters and some other Munich artist eventually founded in 1909. The group’s first big exhibition was staged in Munich in December the same year. Two years later the "Blaue Reiter" - an innovative concept of artistic cooperation - was born. Our painting "Gelbe Häuser" must be seen in context of this great moment in art history, as Jawlensky made it in the founding year of the "Neuen Künstlervereinigung" during his second summer stay in Murnau with Kandinsky, Münter and Werefkin. Following Kandinsky’s advice, Gabriele Münter bought her famous house there that same year, making the placid town on Staffelsee center of her artisticactivities. However, Jawlensky also attained a new and increased sense for colors at the place between Staffelsee and the Murnau Bog in 1909. The painting "Gelbe Häuser" delivers impressive proof of this development. A bright morning- or evening light illuminates the light wall of a farm house in Murnau in an almost surreal manner, putting it in clear contrast to the blue sky and the road. "Gelbe Häuser" documents Jawlensky’s detachment from the representational color and his paramount concentration on the simultaneous effects of radiant color parts. It is not the house as such but the scene’s colors, the almost abstract contrast of yellow and blue color values, that Jawlensky declared protagonist of this work. Other documents of Jawlensky‘s artistic activities during his second stay in Murnau, in which the artist captured the village and the surrounding landscape, are in possession of, among others, the Städtische Galerie at Lenbachhaus, Munich, and the Sprengel Museum, Hanover. [JS]
More Information
+
Sell
Would you like to sell a similar object?
+
Register for
Alexej von Jawlensky
+
Buying from A-Z
+
Contact a specialist
+
Alexej von Jawlensky Biography
Share 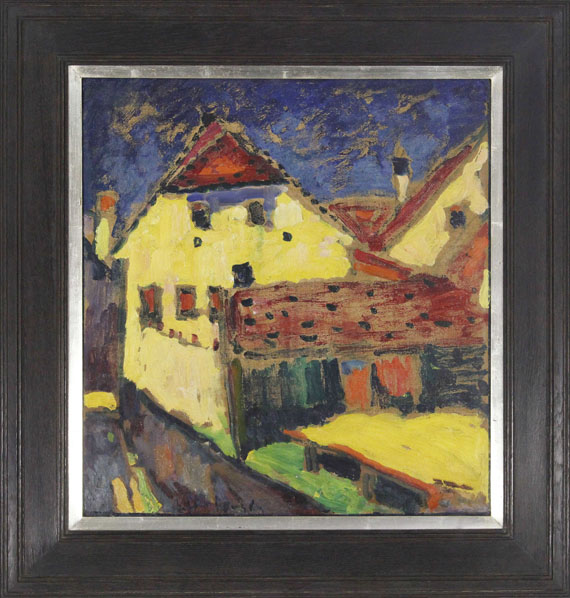 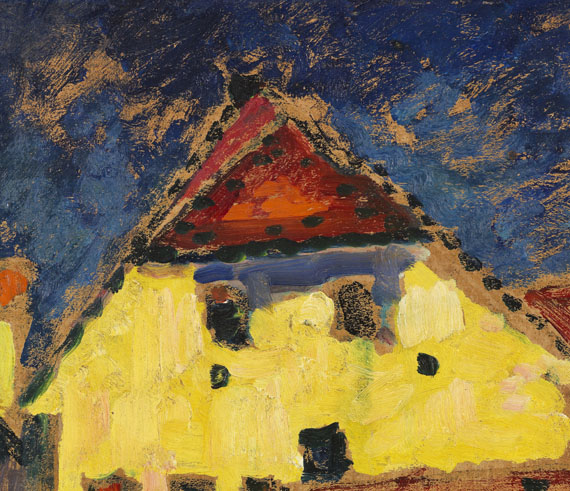 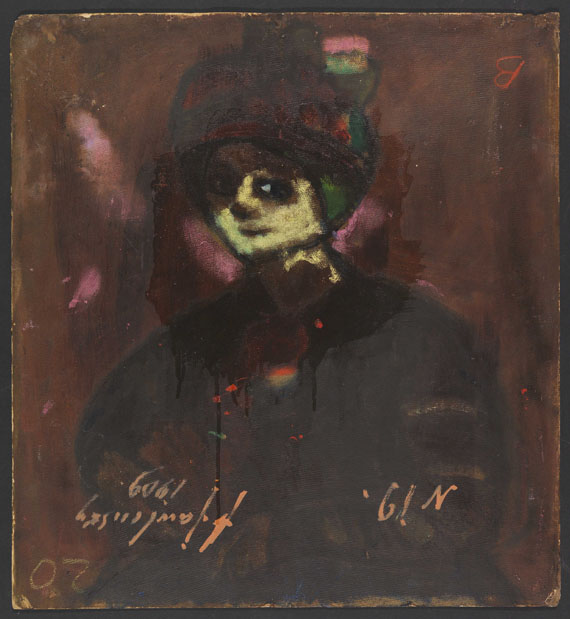