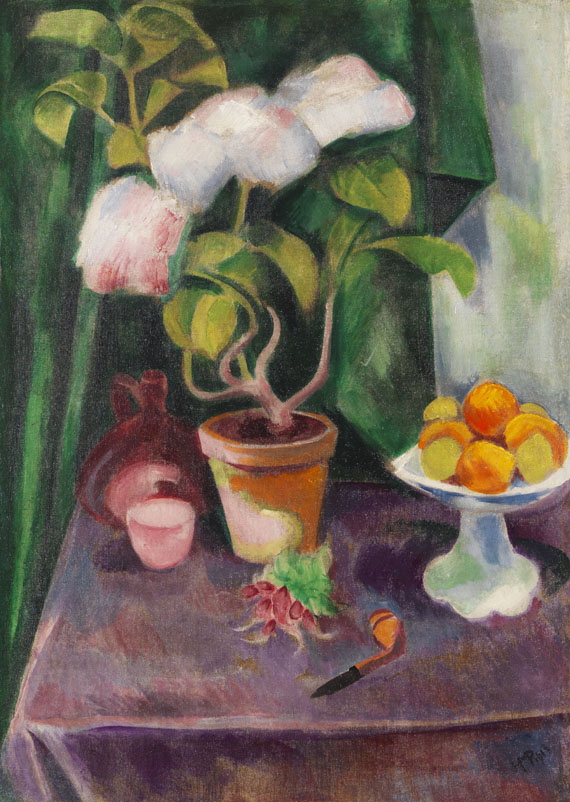 "There is quite some turmoil here in Berlin because of Pechstein's latest exhibition at Gurlitt. The Berliners will soon crown him as their darling."
Ada Nolde, February 1913, quote after: Soika, vol. I, p. 19.

Essay
The influence that Paul Cézanne had on German art in the first half of the twentieth century is far greater than generally assumed. Pechstein could not elude this influence, either. This still life clearly shows the influence of Cézanne, both in terms of formal aspects, as well as in terms of colorims. The compact forms, created from the colors in this work, as well as the differentiation within the color values suggest Cézanne as model. Even the objects' arrangement in the picture - in this case the famous fruit bowl - hint at Cézanne. Pechstein applies these means to this bright still life, made the same year the artist group "Brücke" broke up, with great mastery and his characteristic expressionist style. On top, the small selection of displayed objects, first and foremost the potted plant with its eccentrical branches, anticipates elements of New Objectivity as we know them from the famous arrangements of Alexander Kanoldt. Accordingly, this painting from one of Pechstein's most important periods of creation combines pictorial values of a very special kind. It shows the painterly verve that was characteristic of Pechstein's painting from the years before World War I. It is ever the more regrettable that according to Soika a large number of still lifes that Pechstein made in 1912 and 1913 are considered lost today, others, however, are in possession of important collections, such as the Austrian Galerie Belvedere in Vienna and the Kunsthalle Karlsruhe. [KD/JS]
More Information
+
Sell
Would you like to sell a similar object?
+
Register for
Hermann Max Pechstein
+
Buying from A-Z
+
Contact a specialist
+
Hermann Max Pechstein Biography
Share 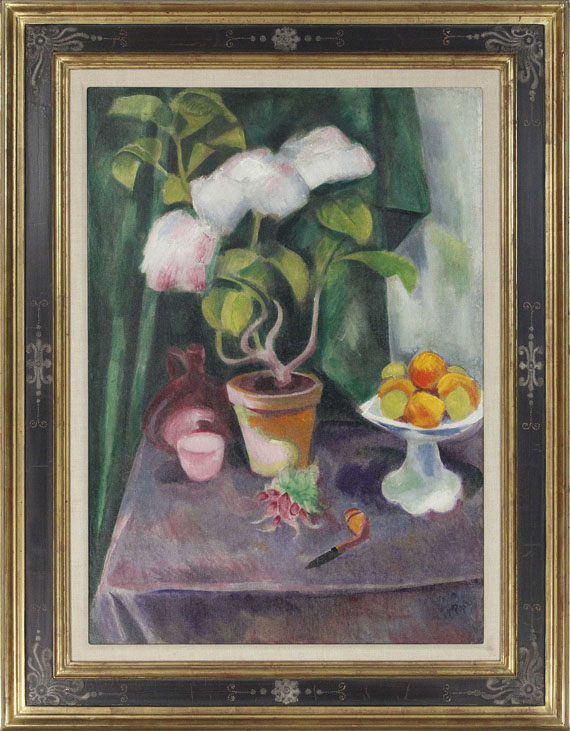