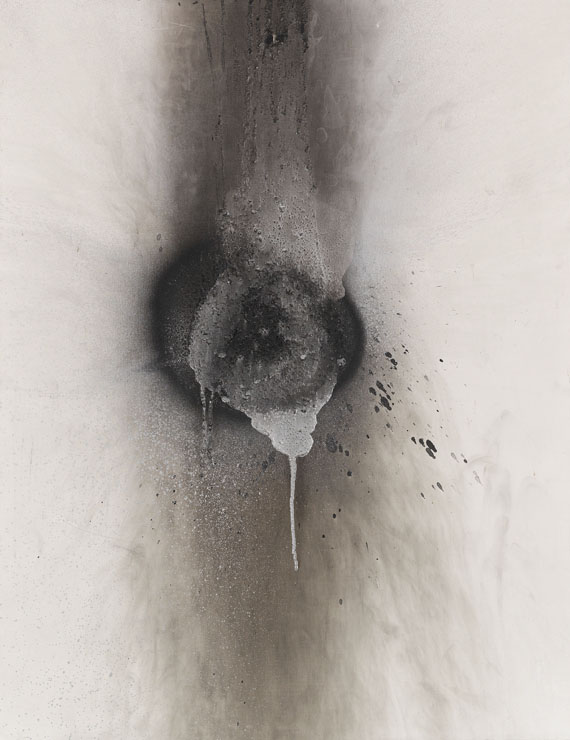 "He experiments with flammable paint on canvas, ignites it and controls the flames' path. In the end an abstract formation in front of the monochrome background comes into existence. 'Forms that can not be comtrolled come into being'." - Otto Piene, in: Focus Online on January 30th 2013)

Essay
As of the 1960s Otto Piene began using fire and smoke in his works, also in order to distance himself from informal painting, which was the avant-gard‘s preferred art in those days. One of Otto Piene‘s most important ingredients is coincidence, however, without phrasing his own feelings. He leaves the pictorial result to coincidence by surrendering the applied pigments to the fire so that the burst spots of soot and the smoldering smoke create the picture. Towards the end of the burning procedure he leans and turns the work in order to control the smoke‘s trace and the direction of the molten particles. The eruptive form of appearance indeed is an eruption that happened over just a few seconds. This way he makes the unswayable visible. [EH]
More Information
+
Sell
Would you like to sell a similar object?
+
Register for
Otto Piene
+
Buying from A-Z
+
Contact a specialist
+
Otto Piene Biography
Share 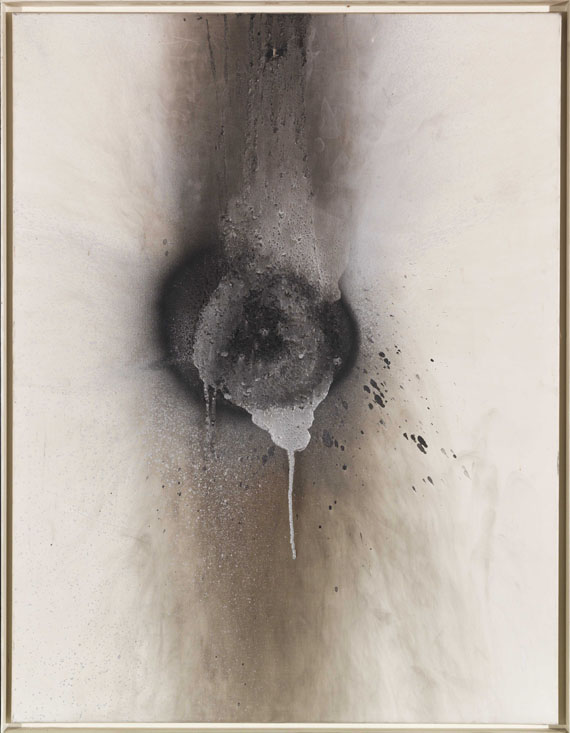 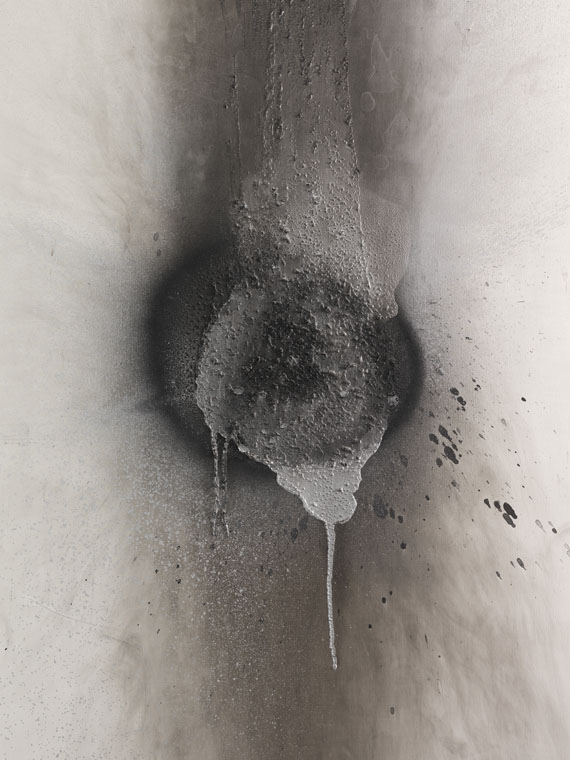