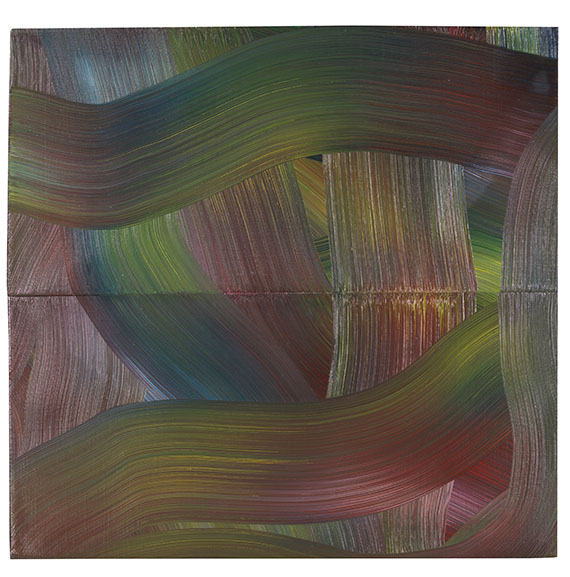 LITERATURE: Butin, Editionen 1965-2004
Bruno Corà (editor), Gerhard Richter, Prato 1999
Paul Moorhouse, Gerhard Richter - Abstraction and Appearance, 2016.
You have to believe in what you are doing, you have to be comitted in order to paint. Once possessed by it, you go as far as to think that mankind can be changed through painting."
Gerhard Richter. Text 1961 bis 2007. Schriften, Interviews, Briefe, released by Walther König, Cologne, 2008, p. 70.

Essay
Initially based on the discarded pictures that Gerhard Richter overpainted almost in an act of destruction, the so-called "Grauen Bilder" (Gray Pictures) came into existence in the late 1960s. He discovered the perfection of the abstract surface and began to graple with the reduction of colors and their inpainting respectively. In a next and crucial step the artist attained the work series for which he applies blots of the primary colors red, blue and yellow onto the canvas and connects them with broad strokes of the brush, this way he creates the illusion of spatiality - a chaos of endless motions and infinite colors owed to the usage of the primary colors. For the production of 'Rot-Blau-Gelb' Gerhard Richter arranged 100 small canvasses on stretchers as a rectangle and painted over the entire surface. In a final step the canvasses were divided again and individually sold, "which demonstrates the absurdity of the concept of abstract painting as a subjective expression, as a harmonically balanced composition or subjective expression. (..) And yet, every single picture is an aesthetically "valid" painting of unique character.“ (Quote after H. Butin: Gerhard Richter, Editionen 1965-2013, 2014, p. 42).
More Information
+
Sell
Would you like to sell a similar object?
+
Register for
Gerhard Richter
+
Buying from A-Z
+
Contact a specialist
+
Gerhard Richter Biography
Share 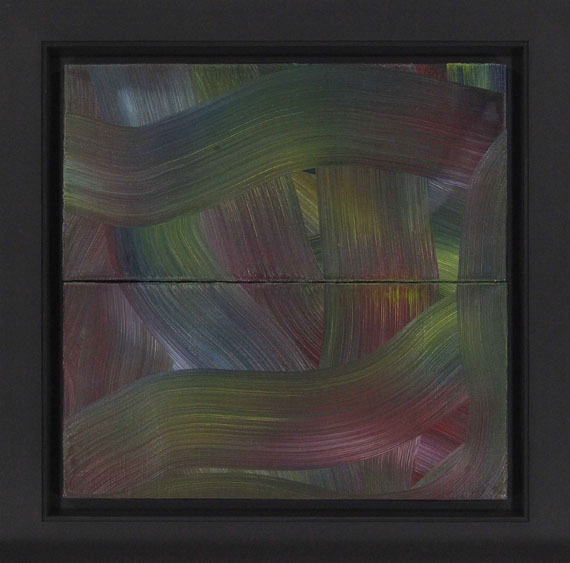