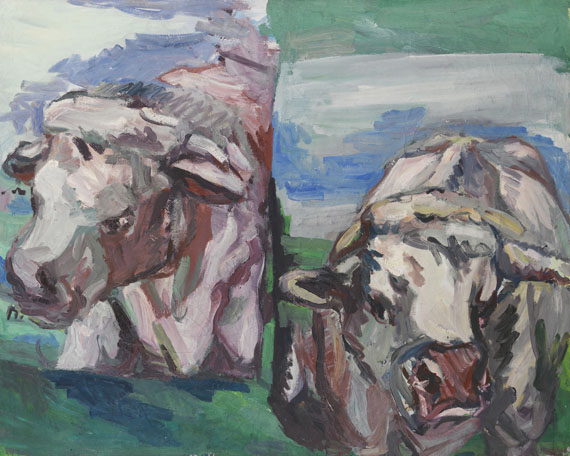 One of the rare paintings from the important work period of the 'Frakturbilder' (Fracture Pictures).
This work is registered in the Archive Georg Baselitz, Munich. We are grateful for their kind support in cataloging this lot.

Essay
Owed to his education in both parts of Berlin (initially in East, later in West Berlin) Baselitz stood between two different aesthetic worlds at the beginning of his career – between the figurative art of Socialist realism on the East German side and abstraction on the West German. He did not feel at home in neither one of the programmatic tendencies of the post-war era. Accordingly, Baselitz began to let figurative and abstract elements correspond with one another as of the mid 1960s. He attained abstract values through the distortion and the fragmentation of the motif, as well as by turning it upside down.The work “Zwei halbe Kühe“ from 1968 is one of the most characteristic works from the series of the so-called “Frakturbilder“ (Fracture Pictures), which Baselitz realized in the countryside, far away from Berlin and in complete artistic isolation, in the late 1960s. By rendering the two cows just fragmentarily he deprives them of any narrative conception, which allows him to entirely focus on the creative painting act.
More Information
+
Sell
Would you like to sell a similar object?
+
Register for
Georg Baselitz
+
Buying from A-Z
+
Contact a specialist
+
Georg Baselitz Biography
Share 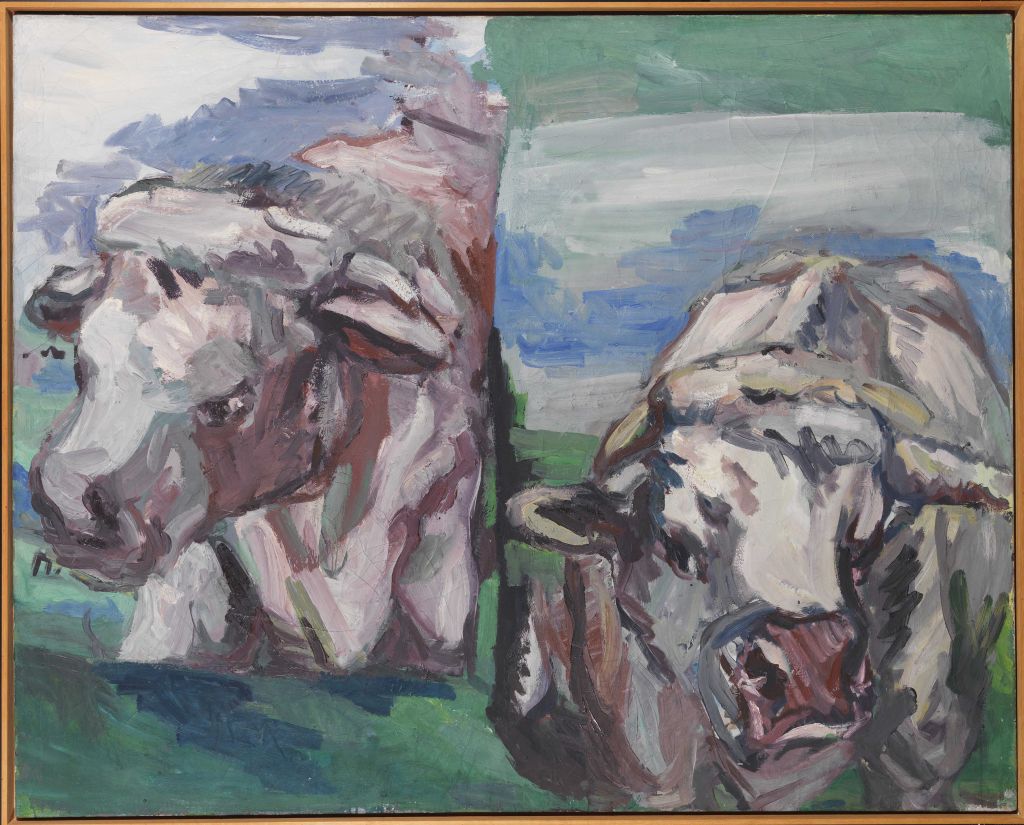 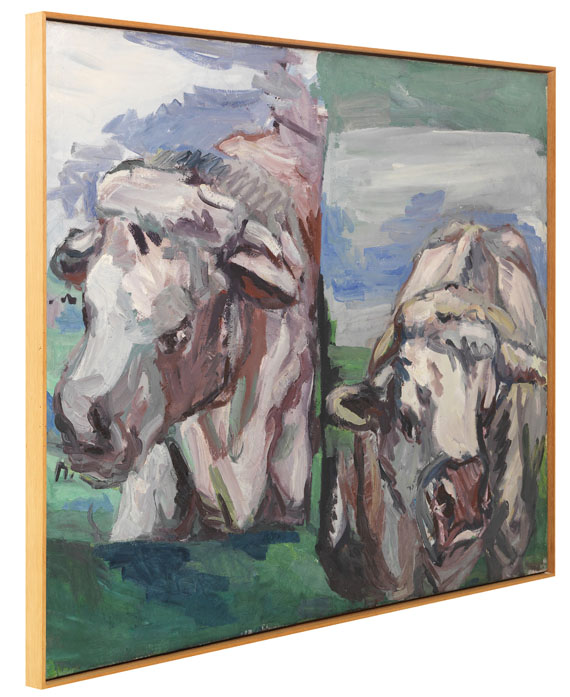 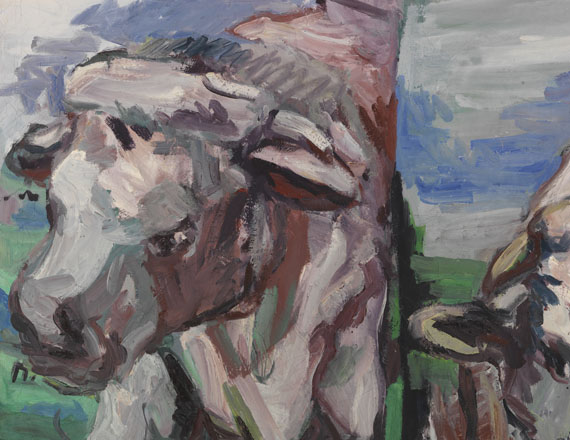 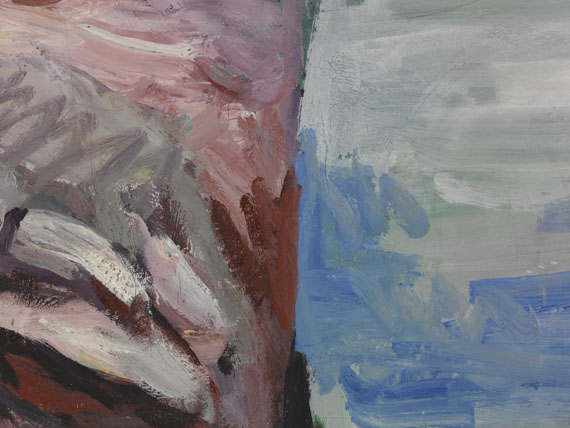 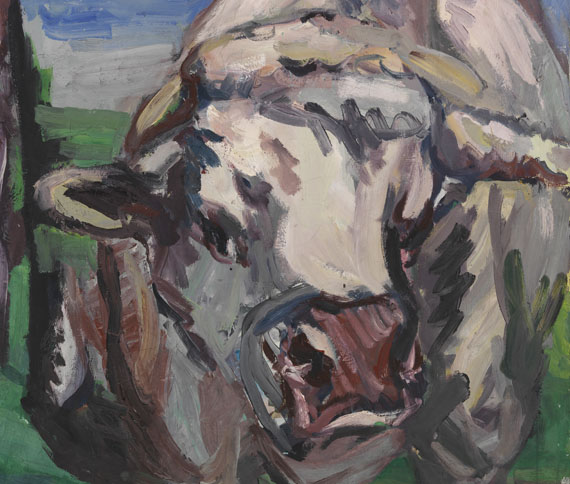 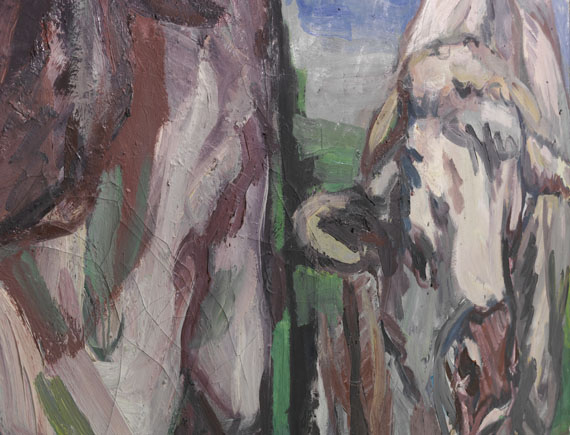 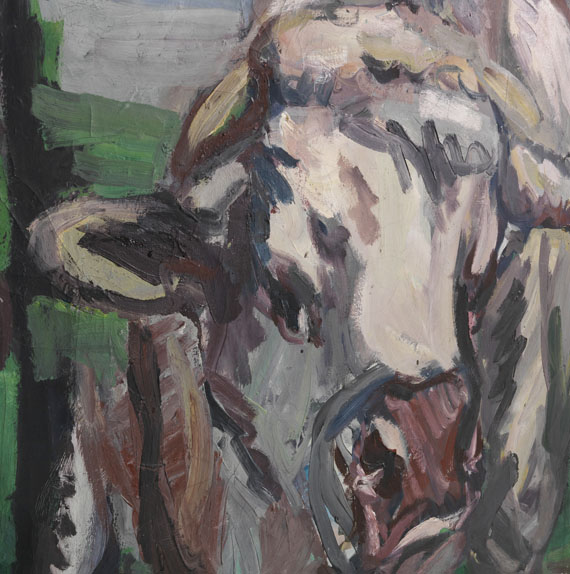