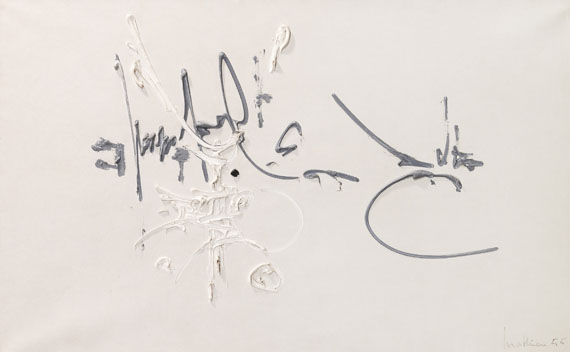 We are grateful to Jean-Marie Cusinberche for the kind support in cataloging this lot.

Essay
Mathieu finds many different sources of inspiration for his art. For instance, his gestural style is largely influenced by Hans Hartung and Wols and also by East Asian calligraphy. To the artist it is about a quick, direct, emotionally controlled and intuitive painting process, which often takes place in front of an audience. The painting process’s speediness integrates coincidence as a stylistic means. "As a sublime condition, I add the conception of physical energy and the condition of complete emptiness to the necessity of speed and improvisation " (Mathieu, transl. of quote after: Kindlers Malerei Lexikon, vol. IV, p. 347). Mathieu is also author of several theoretic writings, that propagate "lyrical abstraction" and Tachism as counter reaction to abstract Formalism. This work comes from an extremely productive period of creation during which he also began making sculptures and became one of the most acknowledged representatives of French Informel.
More Information
+
Sell
Would you like to sell a similar object?
+
Register for
Georges Mathieu
+
Buying from A-Z
+
Contact a specialist
+
Georges Mathieu Biography
Share 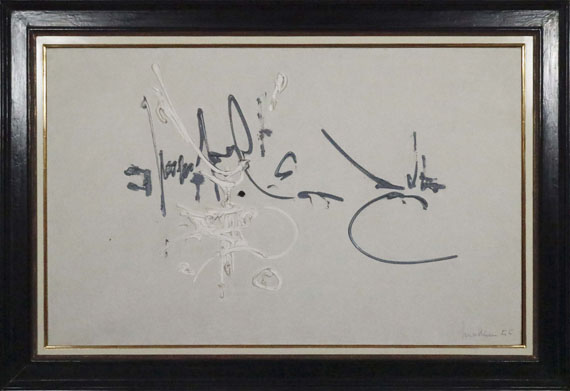