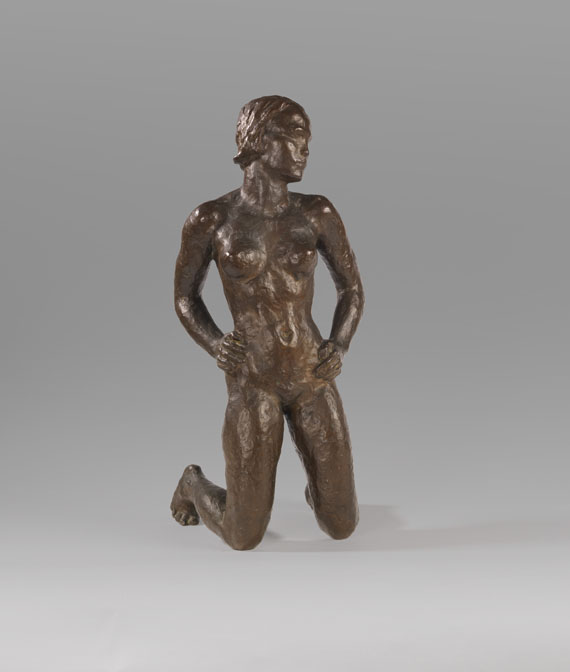 EXHIBITION: 'Deutsche Kunstausstellung' in Warsaw 1929 (different copy, which went into the possession of the Polish state as a gift from the German government).

In the late 1920s Georg Kolbe attained a more compact style, the models' posture became more self-confident and gained an overall stronger expression. He increased the emphasis on the statuary aspect and conceived the body as a whole. The earlier idealization gave way to a more realistic depiction, which, inspired by the prevailing contemporary taste, would determine the artist's entire late period of creation.
More Information
+
Sell
Get a free appraisal for a similar object!
+
Register for
Georg Kolbe
+
Buying from A-Z
+
Contact a specialist
+
Georg Kolbe Biography
Share