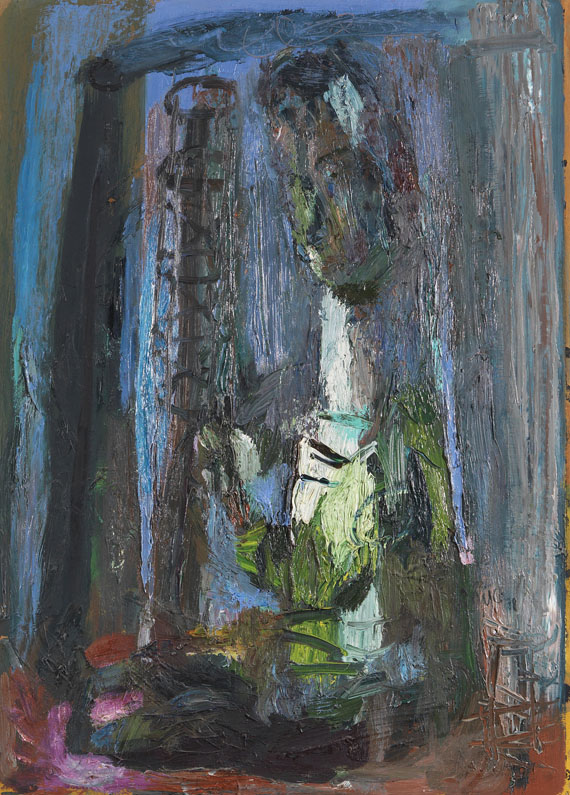 Essay
Works from Neo Rauch‘s early period of creation still show the influence of his time at the academy. Neo Rauch‘s years of study at the Leipzig ‘Hochschule für Grafik und Buchkunst‘ (Academy of Visual Arts) in the 1980s, initially under Arno Rink and eventually as master student of Bernhard Heisig, were times of quest and experiments. The period was largely coined by abstraction and provided a basis for later works in terms of skills, expressivity and composition. These early neo-expressionist works, among which this work with its pastose and haptic color application clearly counts, emanate the same energy and intensity that is characteristic of Neo Rauch‘s entire oeuvre. [FS]
More Information
+
Sell
Would you like to sell a similar object?
+
Register for
Neo Rauch
+
Buying from A-Z
+
Contact a specialist
+
Neo Rauch Biography
Share 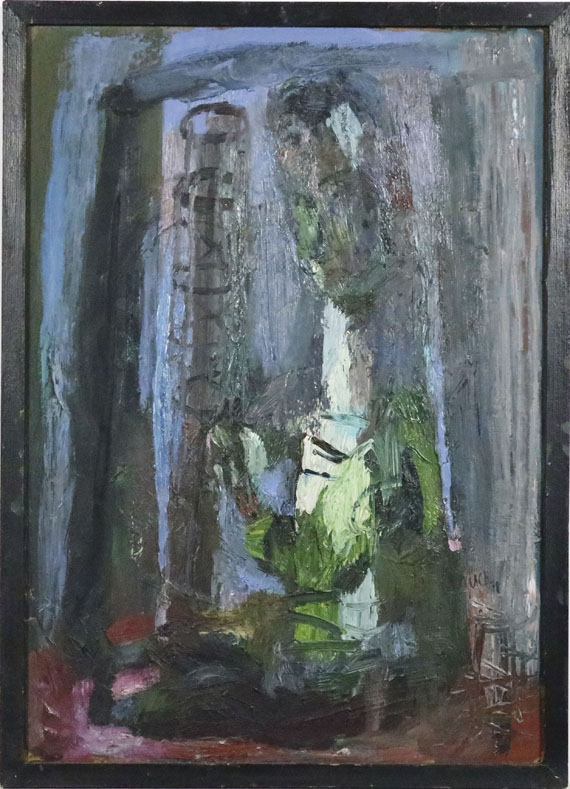