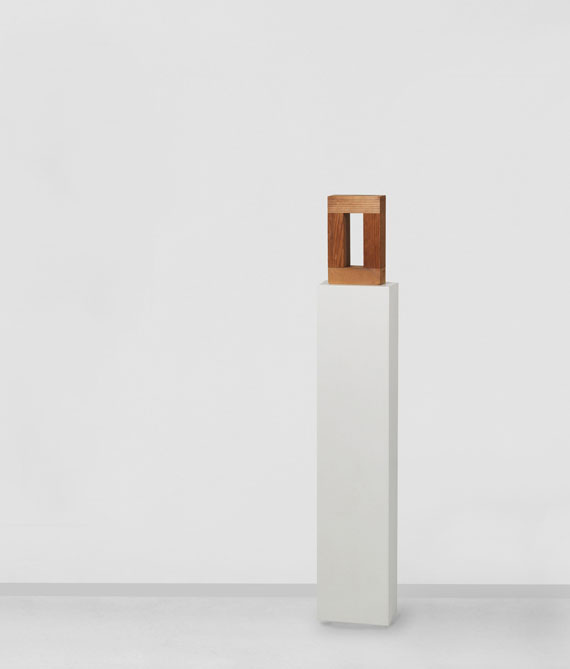 With a written confirmation from the artist dated 4 May 1991 (in copy).

Essay
The early wooden works by Carl Andre can doubtlessly be called epochal. Together with Donald Judd's aluminum boxes and Dan Flavin's light installations a whole new tendency came into existence: Minimal Art. Andre's radically simplified arrangements of wooden pieces are icons of this epoch. Their revolutionary reduction and technical simplicity, as well as the materials' industrial character went down in art history, which is also owed to their pioneering democratic dimensions: This is where the idea of every man being an artist was realized long before Joseph Beuys' made his much-quoted postulation. Our work "Post, lintel & threshold exercise" from 1963 is a characteristic, even programmatic work from this period of transition, the early period of Minimal Art. A real rarity on the German art market, comparable works realize record prices today. The small wooden sculpture "Fir crankshaft exercise" from 1964 was sold for 577,000 USD (Christie's New York, 13 May 2008, lot 3). The interest in works by Carl Andre has increased since, also because of the so far most comprehensive retrospective with more than 300 objects on display at the Dia Art Foundation in Beacon/New York, as well as at the Hamburger Bahnhof in Berlin in 2015/16.
More Information
+
Sell
Would you like to sell a similar object?
+
Register for
Carl Andre
+
Buying from A-Z
+
Contact a specialist
+
Carl Andre Biography
Share 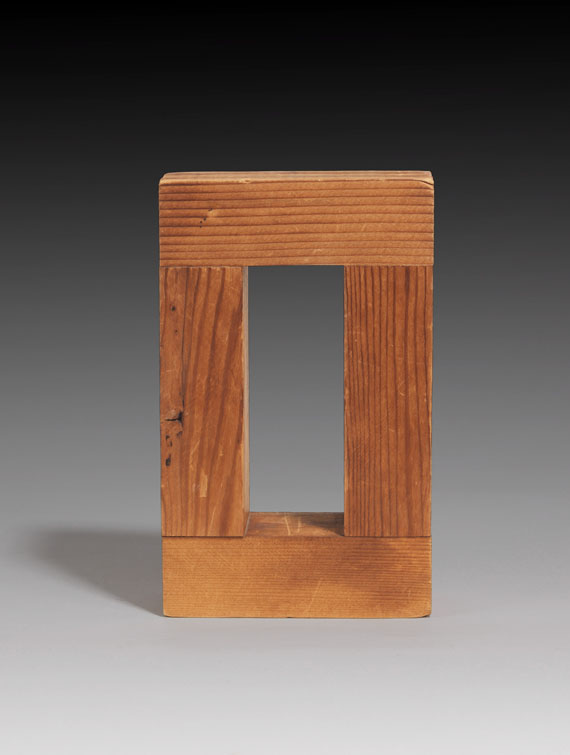 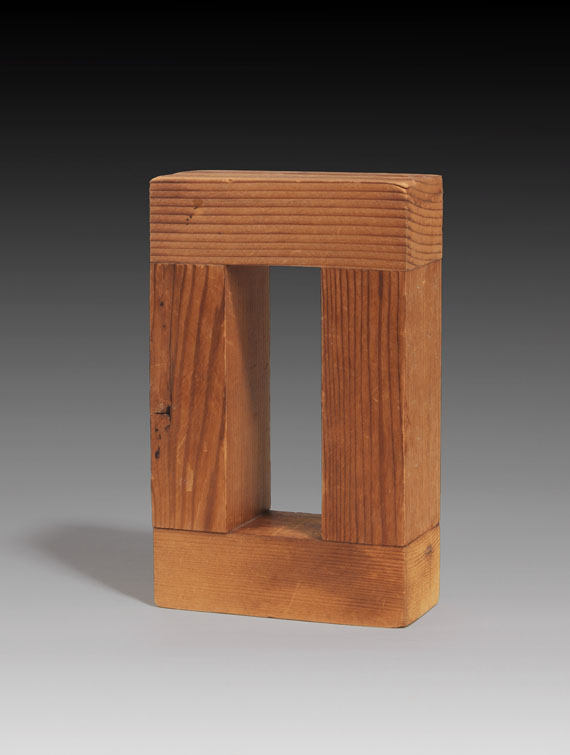