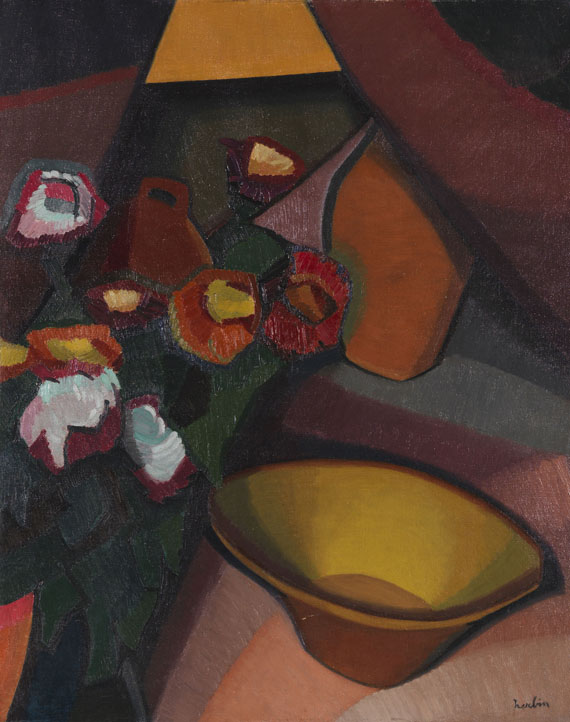 Essay
Based on Impressionism and later influenced by Cubism, Auguste Herbin added a high degree of objectivity to his works from an early point on. With color values inspired by the "Nabis" artists and the "Fauves", Herbin initially remained true to a conventional position that would become decisvie for his entire artistic creation. The simplified forms in this still life leave a lot of freedom to the large color fields. In a mix of a purified concreteness and an incipient abstraction, the picture's components are bearer's of a particularly artificial expression. The color values determine the tone of this composition and make for its special appeal. "Nature morte à la cuvette" was made in Herbin's concrete-Cubist phase between 1909 and 1912, during which several stylistic elements becomes established in order to allow room for a unified expression. [KD]
More Information
+
Sell
Would you like to sell a similar object?
+
Register for
Auguste Herbin
+
Buying from A-Z
+
Contact a specialist
+
Auguste Herbin Biography
Share 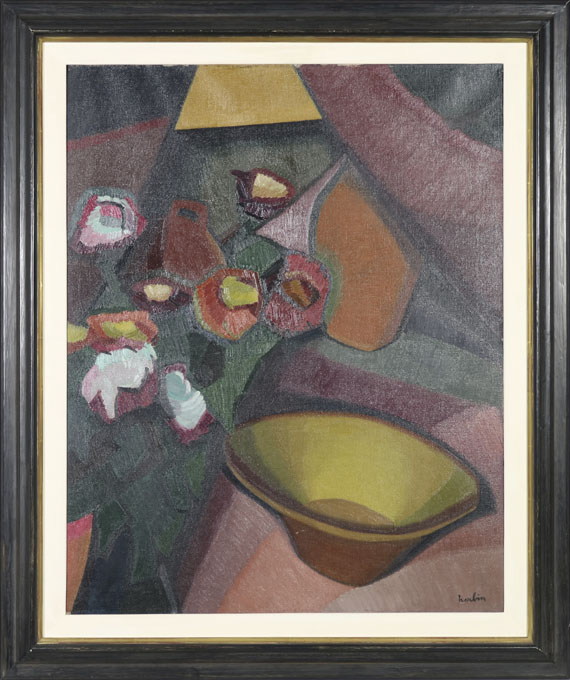