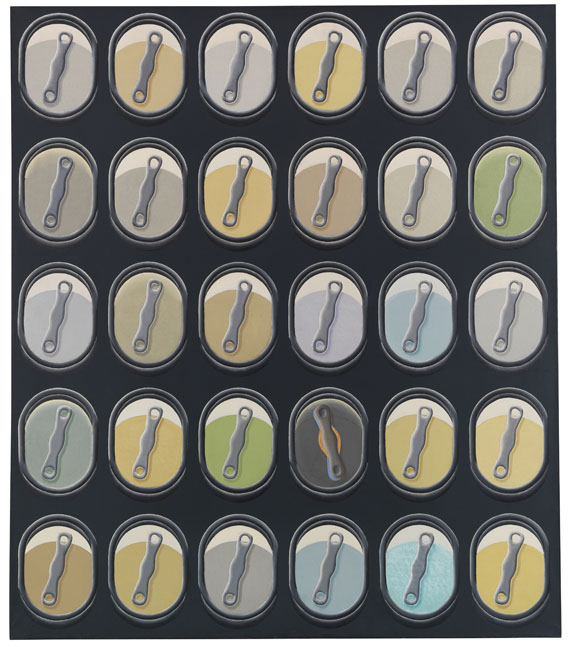 Variation of the bracket theme in strong colors.

Essay
"Even though I was not looking for the past, I realized that my machine pictures helped me to rediscover the past and to cope with the problems of the presence. Every felicitous picture had another one underneath it, one that gave the picture on the surface meaning. I decided to conceive a whole system of machine themes and to write my biography." (Konrad Klapheck). Inspired by Durer's and Holbein's detailed works, the Dusseldorf artist combined traditional painting with new themes and mechanic motifs in his works. For Klapheck typewriters and sewing machines, phones, irons and, as it is the case in this work, bicycle bells, as well as shoetrees and water-taps reflect the mental nature of man. In the course of the painting process, the details of construction turn into attributive interior forms that indicate ambiguities of male and female principles.
More Information
+
Sell
Would you like to sell a similar object?
+
Register for
Konrad Klapheck
+
Buying from A-Z
+
Contact a specialist
+
Konrad Klapheck Biography
Share