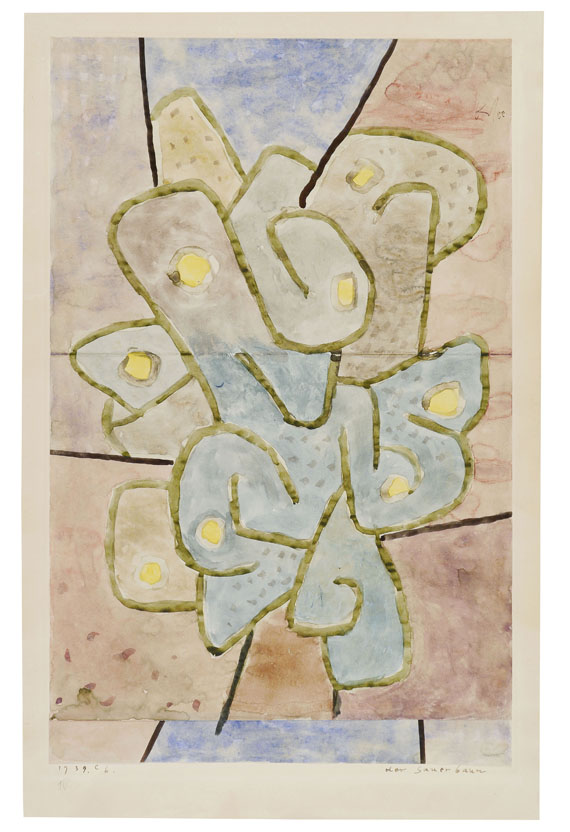 Essay
Klee's last and most intensive period of creation began in 1937. This was the time when Klee attained his late style which was characterized by the striking reduction. What had survived was the subtle duct as it is also reflected in this watercolor with the title "Der Sauerbaum" (Oxydendrum arboreum). The curvy outlines of the tree's blossoming parts, which make for the color fields in this work, show the artist's high degree of sensitivity in handling the medium. The graphic element, which is of decisive meaning for Paul Klee's entire oeuvre, unfolds without becoming too dominant and without destroying the sheets pictorial character. While many of Klee's later works can be interpreted as presentiments of his death, this watercolor is of a lyrical merriness unusual for this period.
More Information
+
Sell
Would you like to sell a similar object?
+
Register for
Paul Klee
+
Buying from A-Z
+
Contact a specialist
+
Paul Klee Biography
Share 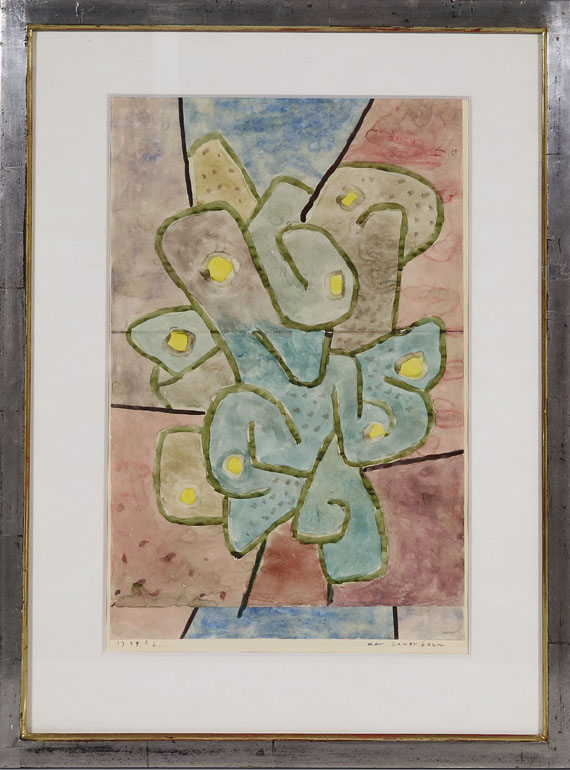