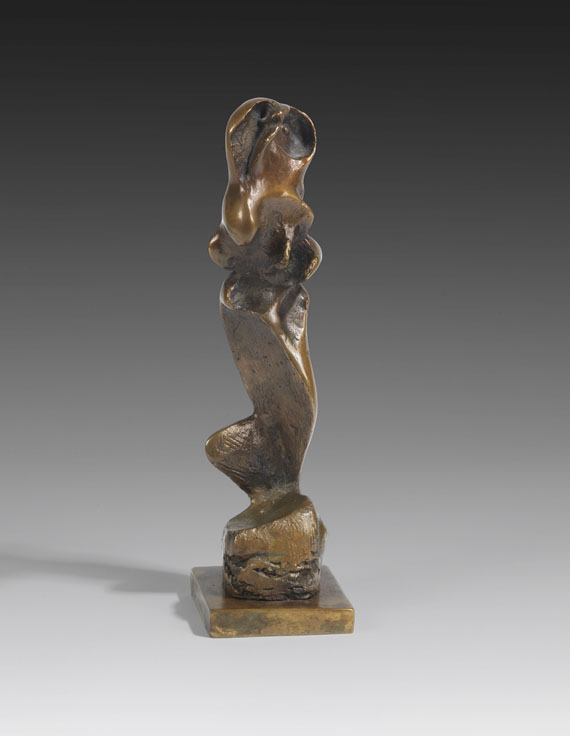 Essay
As it is the case with most works by Henry Moore, his sculpture "Standing Girl" from 1981 also has the features typical of all his sculptures. An archaic style between formation and deformation and a repertoire of playful forms. His figures seem to have just come out of the ground and remain rooted in it. The physical aspect, which Moore emphasizes while taking back the individual expression, determines the overall structure of his sculptures. Even the small sculptures show a physicality conceived for a large sculpture and possess a suggestive power, just as it is the case with this bronze, that calls reminiscence of Francis Bacon's paintings, however, without running danger of lapsing into an artificial monumentality. Moore's plastics are little expansive, since they already carry space within them. Based on a persistent style they assert their closeness. Despite the proximity to abstraction, Moore remains true to modernist traditions, however, his sculptures emphasize a creatural aspect. Henry Moores style between figuration and abstraction decisively influenced European sculpting in the second half of the 20th century.
More Information
+
Sell
Would you like to sell a similar object?
+
Register for
Henry Moore
+
Buying from A-Z
+
Contact a specialist
+
Henry Moore Biography
Share 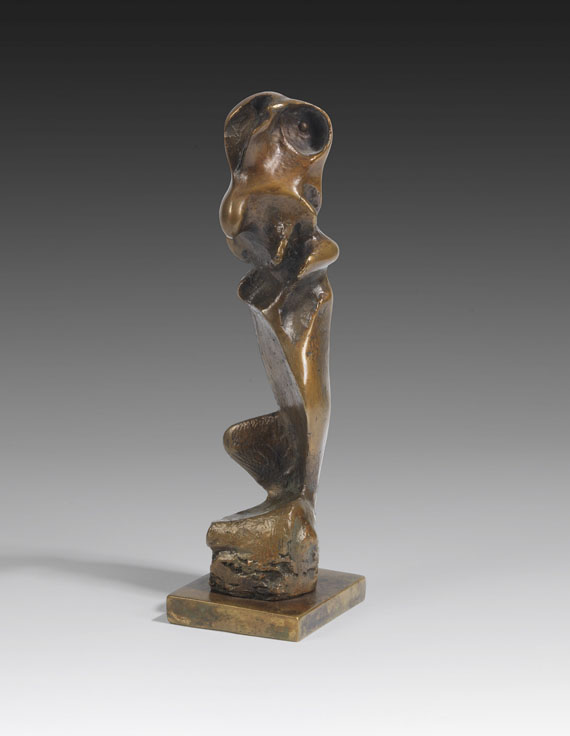 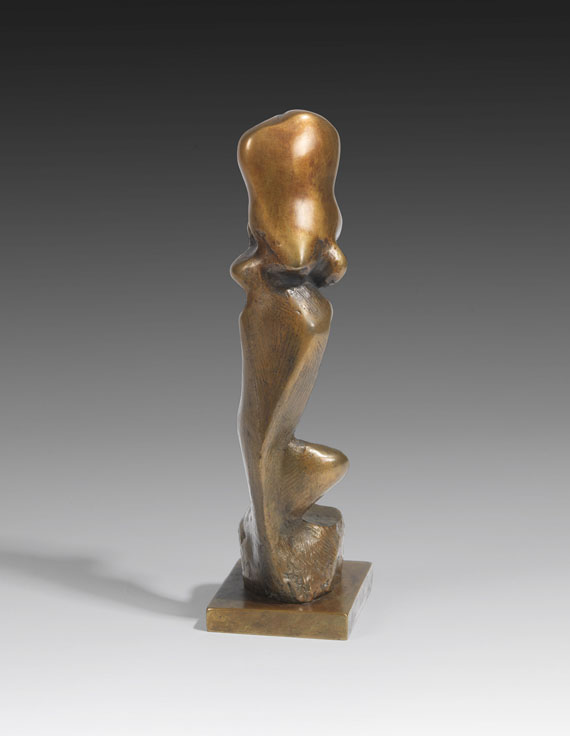