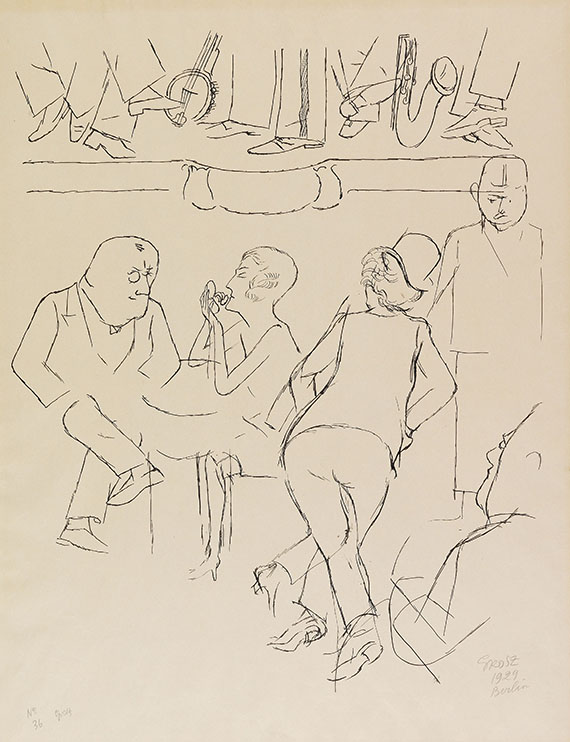 Accompanied by a photo confirmation issued by Ralph Jentsch, Rome/New York from 21st July 2010. The work will be included into the forthcoming catlog raissoné of works on paper.

Essay
This sheet was made during a time when the illusion of a revived and stable economy and a return to prosperity was still upheld. George Grosz, who had moved from Dresden to the metropolis Berlin in 1912, became increasingly interested in society’s addiction to indulge in excessive pleasures. Attending balls and dance halls were among the most important events of the "upper class". Apart from his poised handling of the line, drawings by George Grosz from these days are also accounts of a swank society at the brink. In the year of the economic crisis, which marked the beginning of the dramatic end of the Weimar Republic, Grosz made almost visionary portrays of the decadent big city life of a society that pushed the upcoming political totalitarianism aside by all means.
More Information
+
Sell
Would you like to sell a similar object?
+
Register for
George Grosz
+
Buying from A-Z
+
Contact a specialist
+
George Grosz Biography
Share 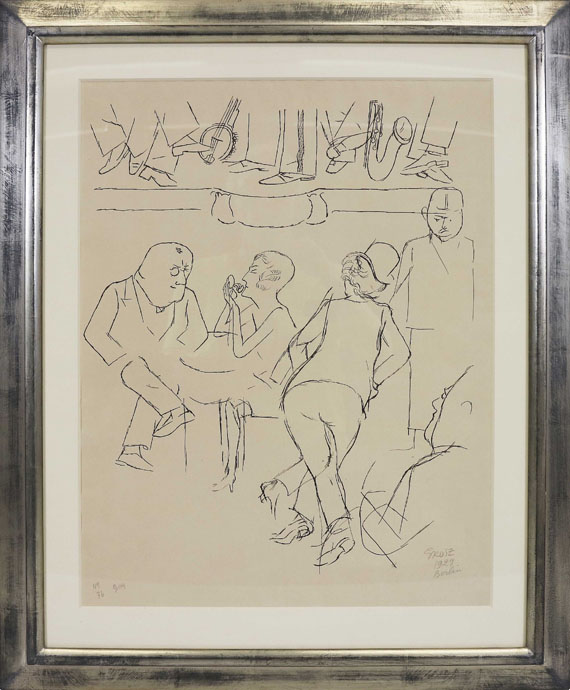