We are grateful to Professor Robin Spencer for his kind support in cataloging this lot. This work will be included into the forthcoming catalog raisonneé.

Essay
Paolozzi's art was initially coined by Surrealism, in the following he became one of the most important protagonists of British Pop-Art. Later he turned to sculpting and became famous for his large true-to-life sculptures that he either combined with Cubist elements or deconstructed in a Cubist manner. With their heterogeneity Paolozzi's sculptures embody the conflicts of human existence. The artist merges the different parts and forms a new figure. "Recycling" is rephrased in the sense of a new beginning and not as an act of an ultimate disintegration, as originally intended. Organic and non-organic elements grow together in this sculpture, forming a strange unity and rigidity - as if life gave in to the continuous process of dehumanization.
More Information
+
Sell
Would you like to sell a similar object?
+
Register for
Eduardo Paolozzi
+
Buying from A-Z
+
Contact a specialist
+
Eduardo Paolozzi Biography
Share 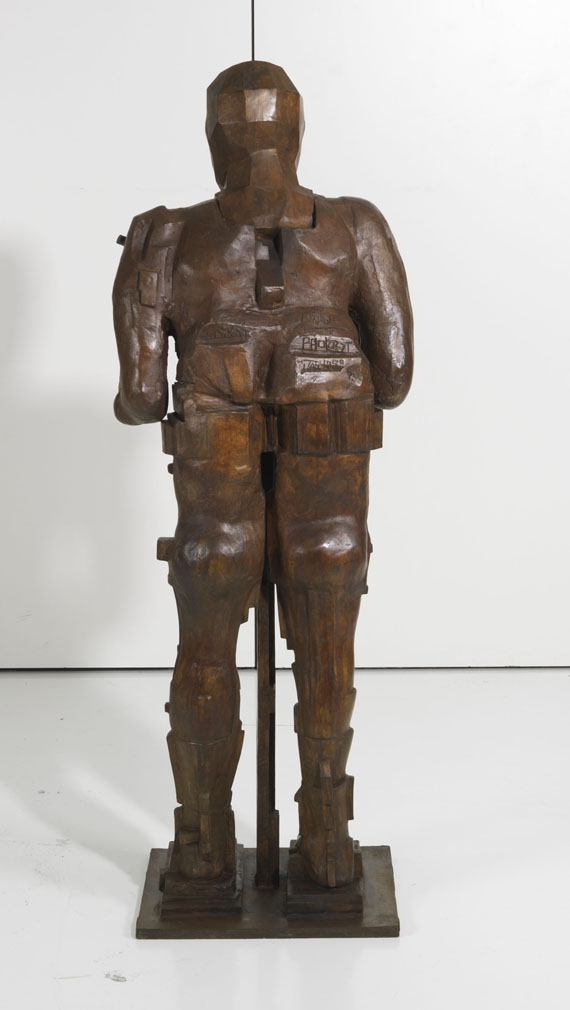 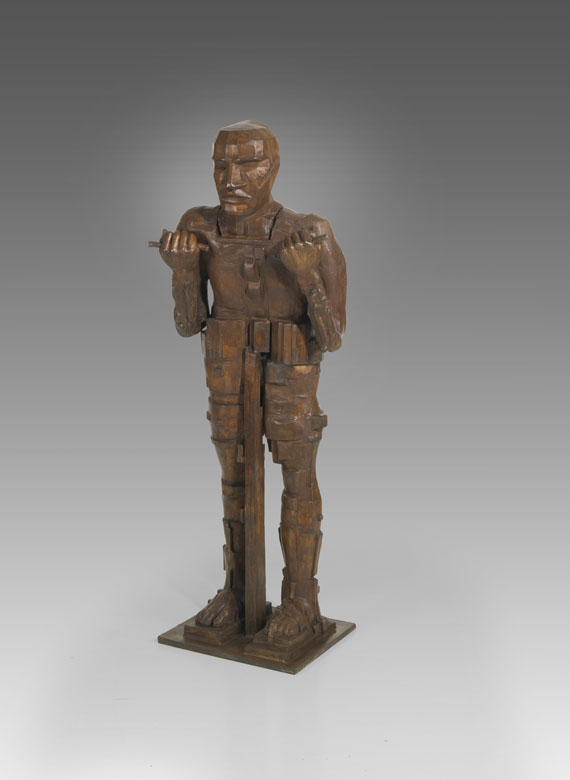