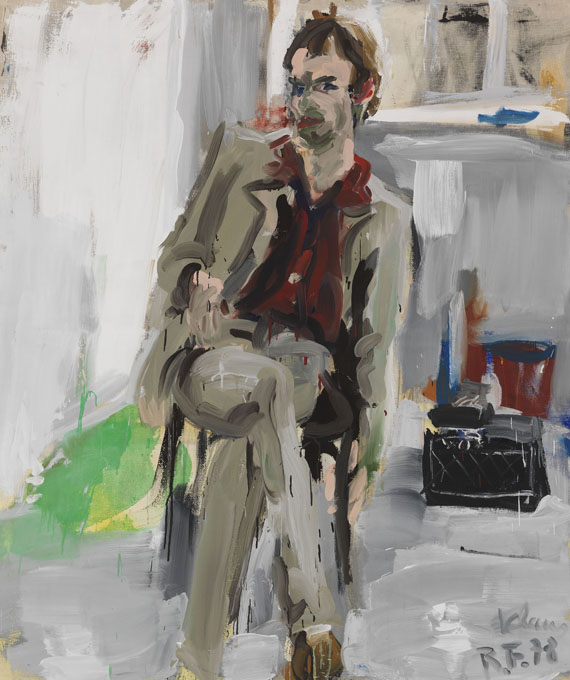 The monumental portrait “Klaus” is an impressive painting from Fetting's early artistic production. Striking not only the nearly diabolic force of this image created with vehement intensity and compositional elegance, but also the verso of the painting which contains another portrait: here the painter himself looks directly at the observer. Furthermore Fetting explores the old pictorial tradition of tromp-l’oeuil when he uses the stretcher and the canvas which widely overlaps at one side to imitate a window view. The interaction between image and reality continues with the surprised look of the “discovered” painter creating an emotional dialogue between observer and painted figure. By painting both sides of “Klaus” Fetting provides one evidence which confers to him a programmatic, almost revolutionary character in the late 1970s: The “classic image” such as figurative painting with oil on canvas is not dead. It has every potential to represent the future of a new form of art.
More Information
+
Sell
Get a free appraisal for a similar object!
+
Register for
Rainer Fetting
+
Buying from A-Z
+
Contact a specialist
+
Rainer Fetting Biography
Share