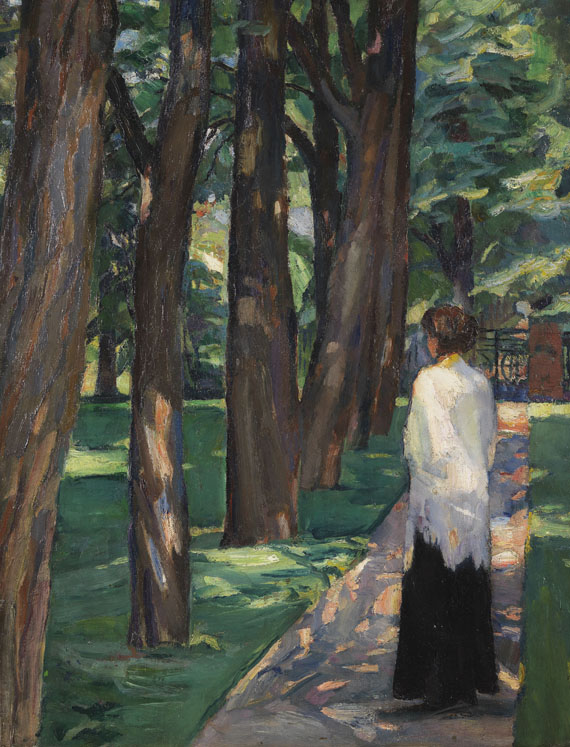 Essay
Margarete Weisgerber wrote the following about the painting "Dame im Park" in 1957: "The painting shows me in rear view in a park, wearing a a black dress and a white Crête-de(!)Chine-Shawl. It was made in the summer of 1910 which we spent at the manor of relatives of ours and where my husband did a lot of painting. The manor was named after the town 'Svinar' and was situated amidst a characteristic Bohemian landscape in the heart of Bohemia, around a 1½ car ride from Prague… my husband spent quite some time on the painting and it was the only one of this kind." (Quote after: Catalog raisonné Ishikawa-Franke, p. 236).
More Information
+
Sell
Would you like to sell a similar object?
+
Register for
Albert Weisgerber
+
Buying from A-Z
+
Contact a specialist
+
Albert Weisgerber Biography
Share 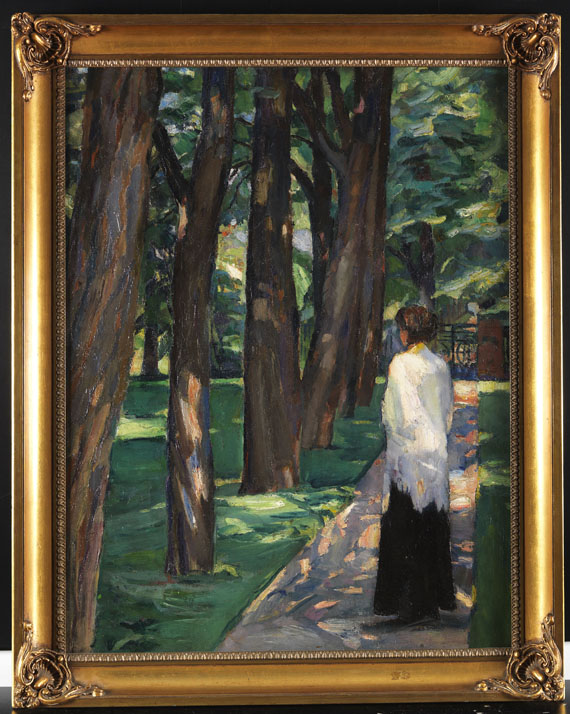