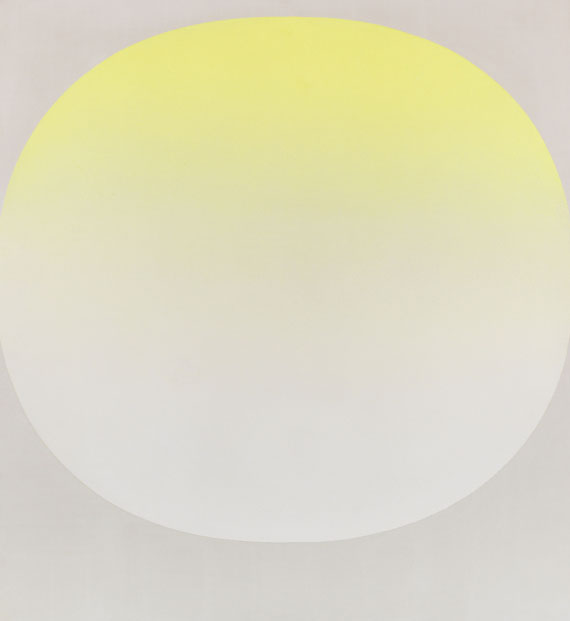 Essay
While Rupprecht Geiger's compositions from the 1950s and the early 1960s are dominated by shades of blue and red and circular as well as rectangular shapes, the reduction and concentration of color and form reached its peak in the late 1960s. From that point on the circle as a symbol for concentration became the key concept of Geiger's creation. Through the usage of fluorescent paint, which is entirely void of any reference to nature and the concrete world, he reaches a meditative color space. This alone makes for the tension of the neon yellow soft horizontal color gradient in this work, which counts among the early examples from the most important period of creation in Geiger's oeuvre.
More Information
+
Sell
Would you like to sell a similar object?
+
Register for
Rupprecht Geiger
+
Buying from A-Z
+
Contact a specialist
+
Rupprecht Geiger Biography
Share 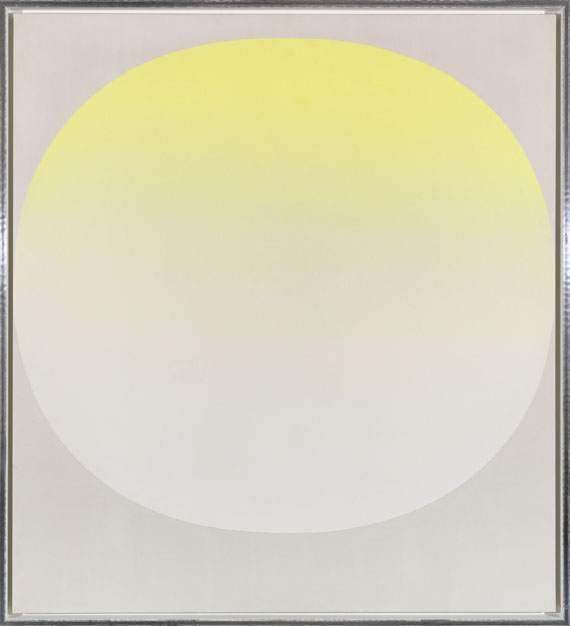