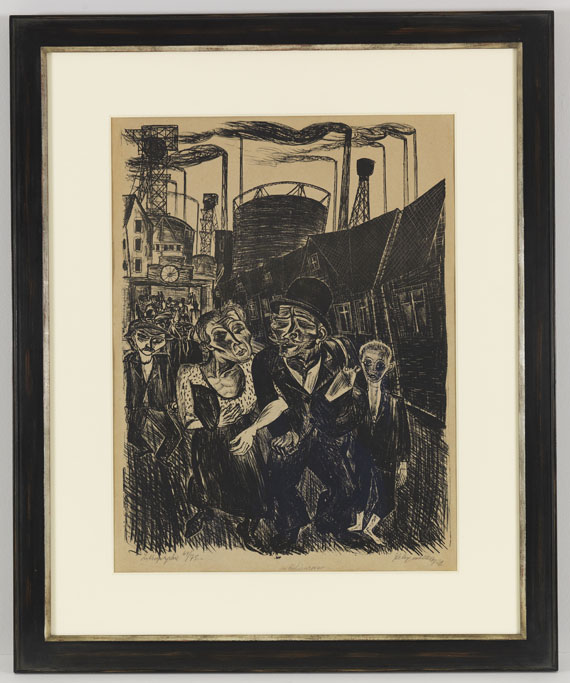 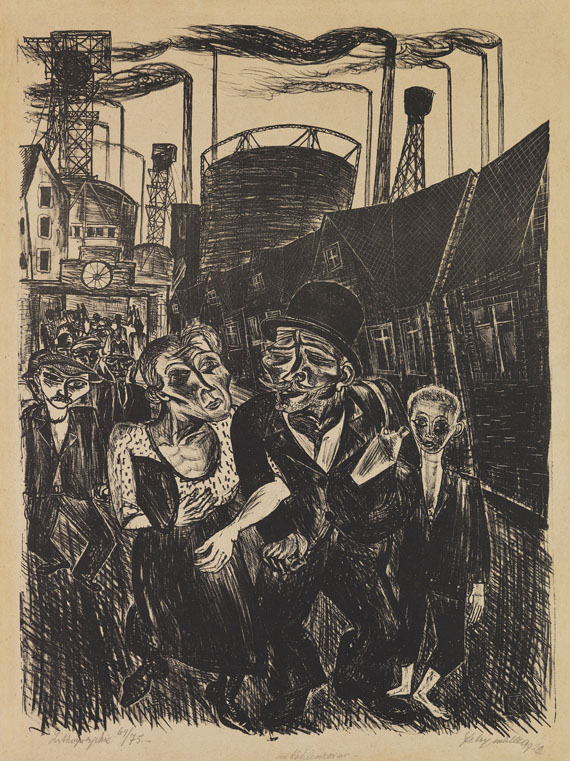 Rare copy, because the edition was largely destroyed.

Felixmüller was awarded the Rome Prize the year this lithograph was made. However, instead of going on the journey to Rome, which was part of the award, he went to the Ruhr region in order to make studies in the mining towns. He wrote in an inidividual testimony: "For years I have been working up motifs and impressions from this world, however, not in admiration of the industrial giants, but with a caring admiration for the people" (quote after cat. Kunstmuseum Wiesbaden 1966). Since 1919 Felixmüller had been a member of the Novembergruppe, an artist association that strove to bring about social changes through art. "Im Kohlerevier" is a prime example of his socio-critical works from these days.
More Information
+
Sell
Get a free appraisal for a similar object!
+
Register for
Conrad Felixmüller
+
Buying from A-Z
+
Contact a specialist
+
Conrad Felixmüller Biography
Share