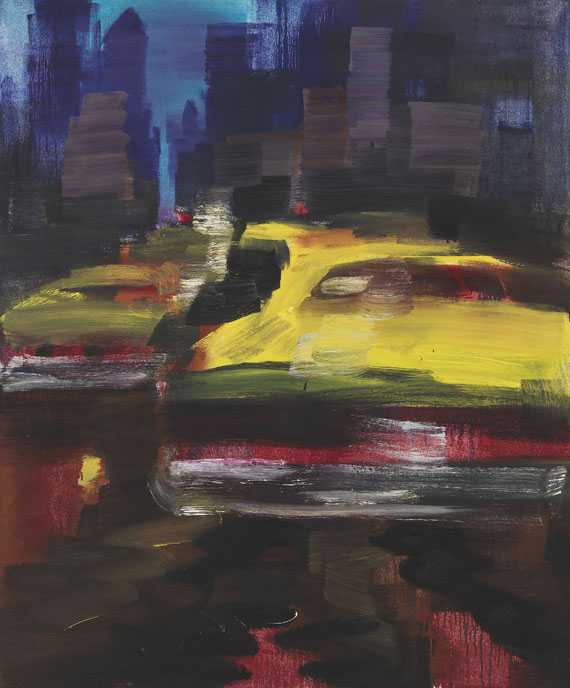 Essay
A DAAD scholarship allowed him to visit New York in 1978: Fetting added a dynamic use of lines to the works that had hitherto been characterised primarily by a flat, gestic approach and turned to the use of bright colors. In 1981 he took part in the exhibition 'A New Spirit in Painting' put together by Christos M. Joachimides at the Royal Academy of Arts. Individual exhibitions in many galleries in Europe and America followed almost every year. Since 1984, Fetting created works in which he mounted driftwood on canvas, overpainted it and integrated it into the composition of the picture. The first bronze works did not appear until the second half of the 1980s, including the bronze sculpture 'Willy Brandt' for the SPD party headquarters in Bonn, now in Berlin. The most recent works attend increasingly to the metropolis of New York, in which the artist makes an issue of the city's dark peripheral areas.
More Information
+
Sell
Would you like to sell a similar object?
+
Register for
Rainer Fetting
+
Buying from A-Z
+
Contact a specialist
+
Rainer Fetting Biography
Share