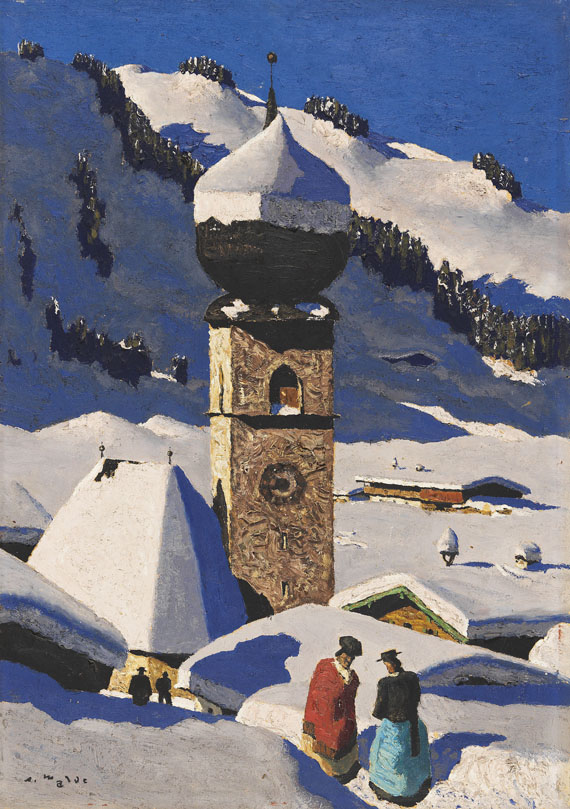 Accompanied by a written expertise issued by Peter Konzert, Innsbruck, from October 2015.

Essay
Alfons Walde's first exhibition after World War I took place at the Salon Unterberger in Innsbruck in 1921. It ws met by the press with great recognition. The year 1923 marked the continuation of his primal landscape conception, as it was the year he made the first version of the "Auracher Kirchl“, which would become one of his preferred motifs. The painting shows a view onto the village Aurach with the typical onion dome church and women going to church in the foreground. This is the first time since 1918 that Walde again attained his intese coloring characterized by strong light- and shade effects. With great poise he depicts a sunny winter landscape enlivened by the strong contrast between the snow fields and the shady parts, as well as the women's dresses. The overall arrangement of the composition is likewise masterly, a strong spatial effect is realized through an arrangement of triangular forms, diagonals and round forms. Walde's greatest accomplishment is the entirely new and independent interpretation of winter pictures.
More Information
+
Sell
Would you like to sell a similar object?
+
Register for
Alfons Walde
+
Buying from A-Z
+
Contact a specialist
+
Alfons Walde Biography
Share 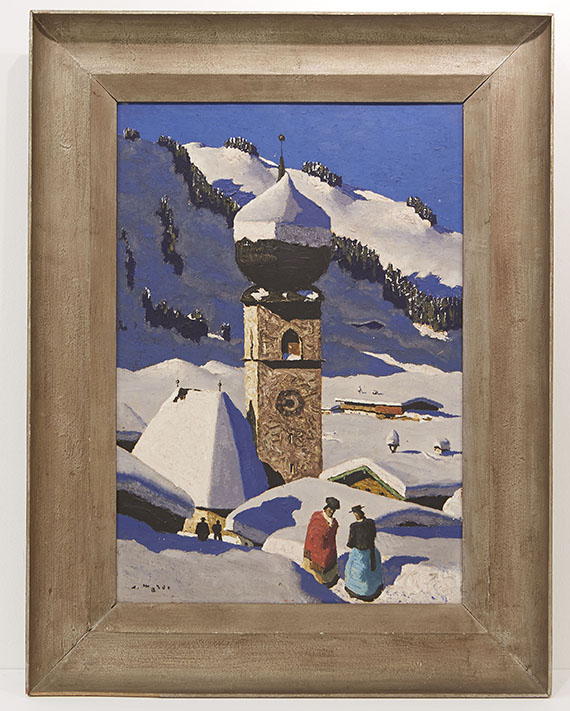