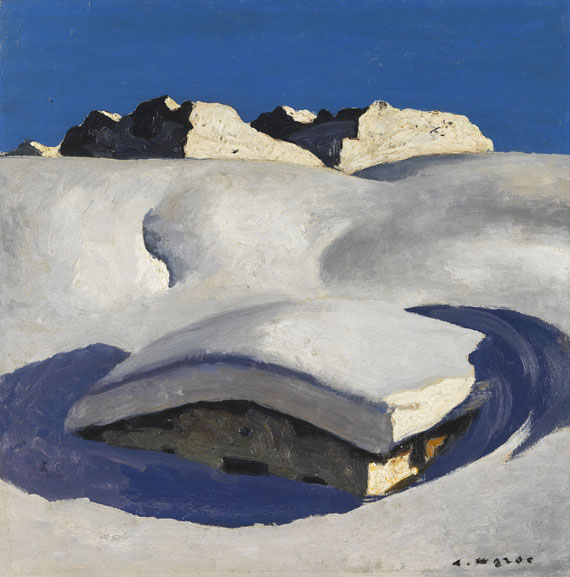 Accompanied by a written expertise issued by Peter Konzert, Innsbruck, from October 2015.

PROVENANCE: Private collection Ulm (presumably since the 1950s; since in family possession).

Essay
Alfons Walde attained his characteristic style, in which he depicted the Tyrolian mountains, especially in light-filled winter landscapes, with a strongly reduced internal drawing and strong pastose coloring, around 1928. Alfons Walde's paintings clearly show the artist's development. Initial training in architecture let Walde attain a style in which architectural elements, realized through a compact array of forms and a formal structurization of the image surface, are emphasized. The closeness through which houses and mountains literally form a unit shows that Walde was an artist who was active in clearly structured spatial dimensions. A lighting that underlines the immediacy of this impression is added. It especially is the simplicty of stylistic means, from which this scant subject of the "Verschneiten Alm" benefits, that made Walde one of the greatest masters of Alpine folk art. The fragmentary alienation of this scene is a great example of his artistic progressiveness in context of his loyalty to figuration.
More Information
+
Sell
Would you like to sell a similar object?
+
Register for
Alfons Walde
+
Buying from A-Z
+
Contact a specialist
+
Alfons Walde Biography
Share 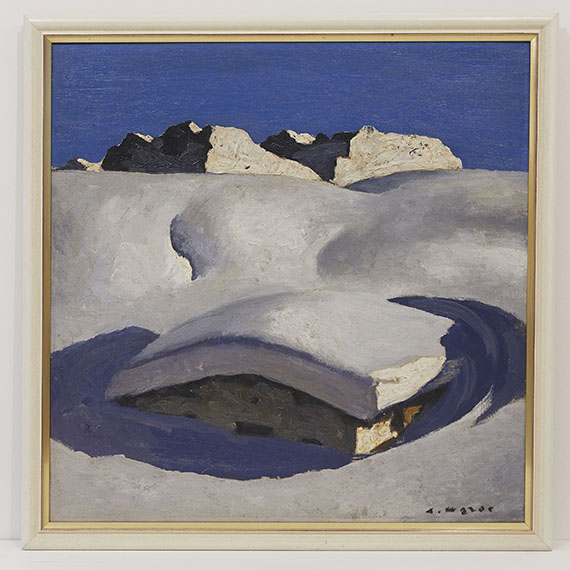