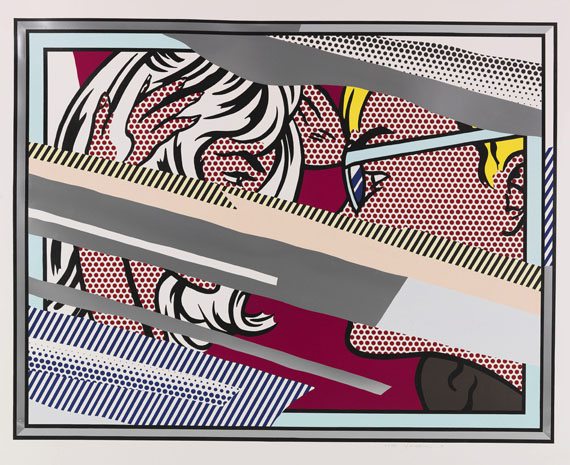 Essay
Our dynamic print –worth noting that one copy is in the possession of Tate Modern in London – belongs to Lichtenstein's popular “Reflections” series. In these works from the late 1980s he draws on earlier artworks created by himself and by others. In our case the depicted scene which he realized in his iconic Pop Art manner resembles a comic strip conversation. The abstract stripes as references to Lichtenstein's “mirror” series (since 1969) prominently overlie the scene. This “double self quotation” holds an ambiguous meaning in “Reflections on Conversation”: On one hand, literally taken, there is the representation of a specular reflection on a painting. On the other hand the mirroring figuratively generates a reflection on the underlying image, a meditation on the illusion and the reality of art - and on his own oeuvre as well. With this conceptual work Lichtenstein is in line with the epoch even in 1990.
More Information
+
Sell
Would you like to sell a similar object?
+
Register for
Roy Lichtenstein
+
Buying from A-Z
+
Contact a specialist
+
Roy Lichtenstein Biography
Share 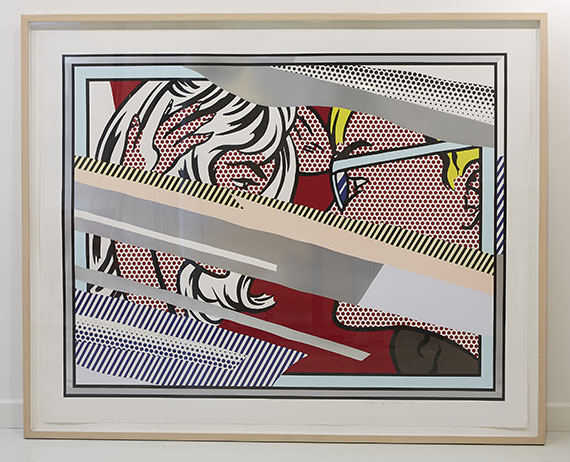