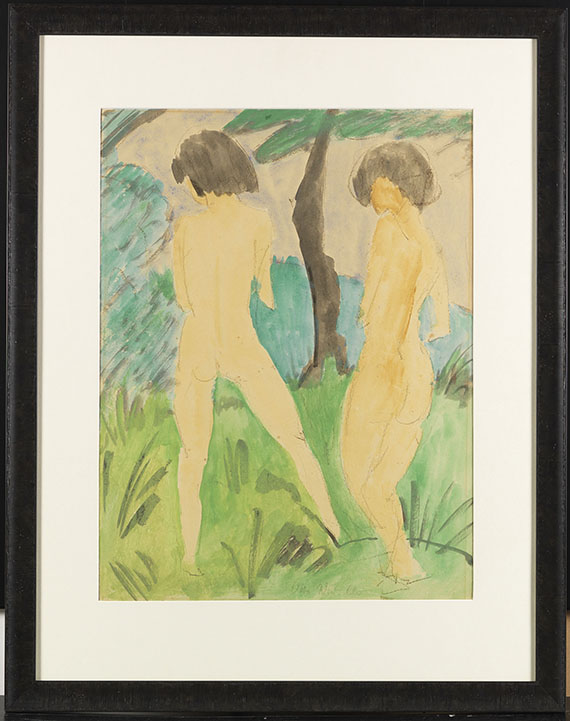 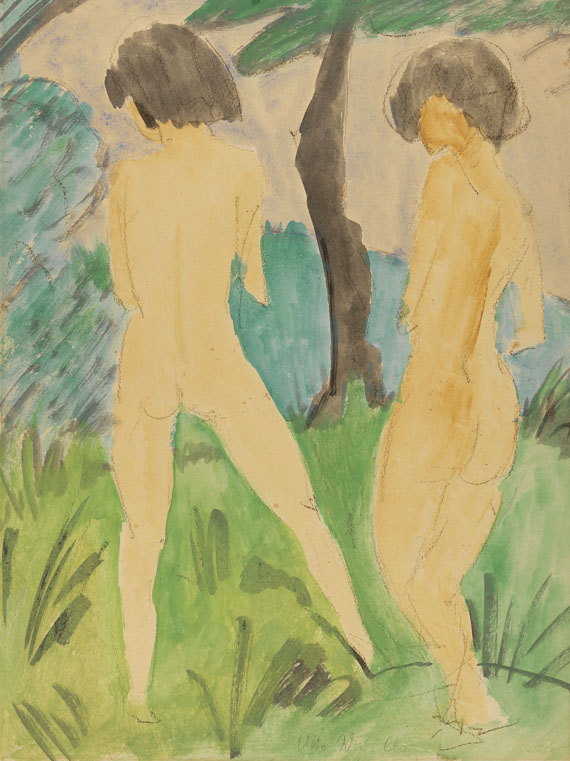 Influenced by his painter colleagues Ernst Ludwig Kirchner and Erich Heckel, who had discovered a new world of plein-air painting with their subjects of bathing nudes at the Moritzburg Lakes, Otto Mueller interpretes their ideas in a new and by then unknown manner. While Kirchner and Heckel visualized lustful and animalistic aspects, Mueller adds a closeness to nature to his bathing nudes that is far more dominant than it is the case with Kirchner and Heckel. Otto Mueller's nudes rest therein as if they were a natural part of it. Mueller does not follow his friends' rich coloring. His works, characterized by a graphic duct, are stimulated by colors that gain expression from a balance of contrasts. Mueller sees man and nature as a whole and visualizes this perception by means of a choice of simple forms. This finds particular expression in his watercolors, whic occupy a special position in his oeuvre.
More Information
+
Sell
Get a free appraisal for a similar object!
+
Register for
Otto Mueller
+
Buying from A-Z
+
Contact a specialist
+
Otto Mueller Biography
Share