Essay
Repeated subjects can be found in the oeuvres of most artists. With the repetition of her motifs Gabriele Münter sought to find ever new perspectives. Her artistic self-conception keeps her from taking the bait of making mere copies. Capturing the changes of the season in the charming landscape she was surrounded by was her self-declared goal in the years of her withdrawal in Murnau. The slightly rasied perspective from which Münter describes the landscape is both stylistic device, as well as carrier of information. By means of a swung curve Gabriele Münter adds a spatial perspective that she avoided in other landscape pictures. However, her love for the lower Alpine region becomes obvious in this balanced composition. Gabriele Münter's landscapes from these days are interfused with the same sympathy that she showed in her numerous landscape illustrations of the Ammergau Mountains.
More Information
+
Sell
Would you like to sell a similar object?
+
Register for
Gabriele Münter
+
Buying from A-Z
+
Contact a specialist
+
Gabriele Münter Biography
Share 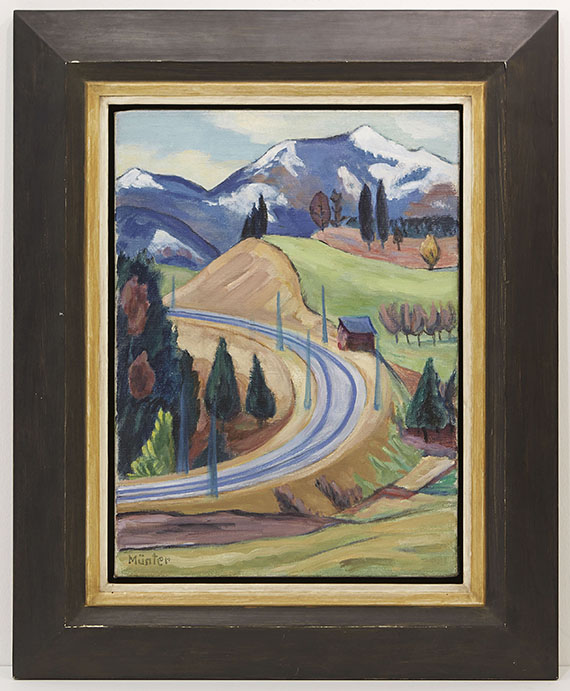