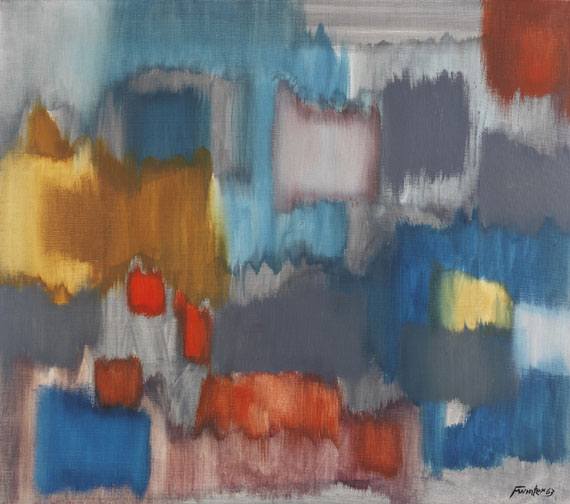 Essay
Fritz Winter's oeuvre comprises a succession of different and independent periods of creation, during which the artist made structurally associated works. "Ein Tag" is part of a period that draws inspiration from previous composition principles. Structures that he had used for the background in earlier works gain full presence in these later works. In the early 1960s "a colorful variety of irregular rectangular shapes with blurred edges appear next to and on top of one another. They make for a self-contained referential system." (after: Gabriele Lohberg, Fritz Winter. Leben und Werk, Munich 1986, p. 88).
More Information
+
Sell
Would you like to sell a similar object?
+
Register for
Fritz Winter
+
Buying from A-Z
+
Contact a specialist
+
Fritz Winter Biography
Share