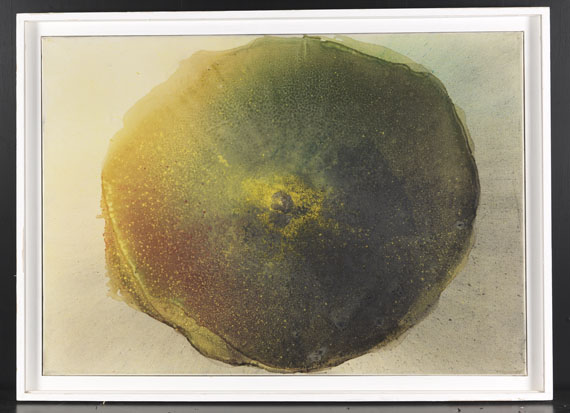 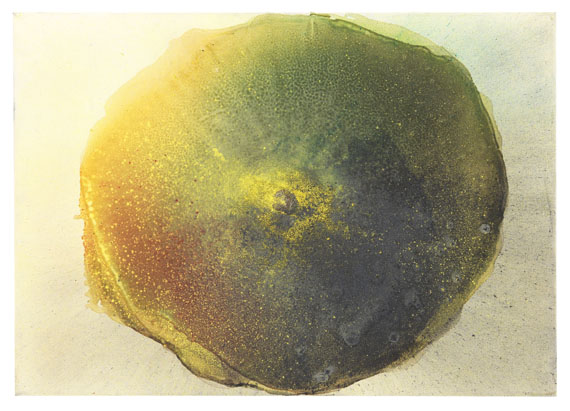 Made at peak of "ZERO", from the famous series "Fire Flowers".

Our work "Green Fire Flower", part of one of Piene's most famous series, was made in 1963, the heyday of “ZERO“. The “Feuerblume“ glows in alternating shades of green on a black ground like an isolated symbol, just like a celestial body from a mysterious and unknown galaxy. The force of nature is the immediate productive medium: By means of the fire's pure energy, paint and a controlled coincidence Piene creates a work of remarkable poetic beauty, literally elemental. Thus "Green Fire Flower" also is a picture that breaks and redefines its genre's limits: "The image is a force field, an arena where the artist's energies congregate and merge in order to pour into the colors' motion, perceived from the universum's plenty, permeating the capillaries of the observer's open mind." (O. Piene 1959, quote after: Ante Glibota, Otto Piene, Paris 2011, p. 109)
More Information
+
Sell
Get a free appraisal for a similar object!
+
Register for
Otto Piene
+
Buying from A-Z
+
Contact a specialist
+
Otto Piene Biography
Share