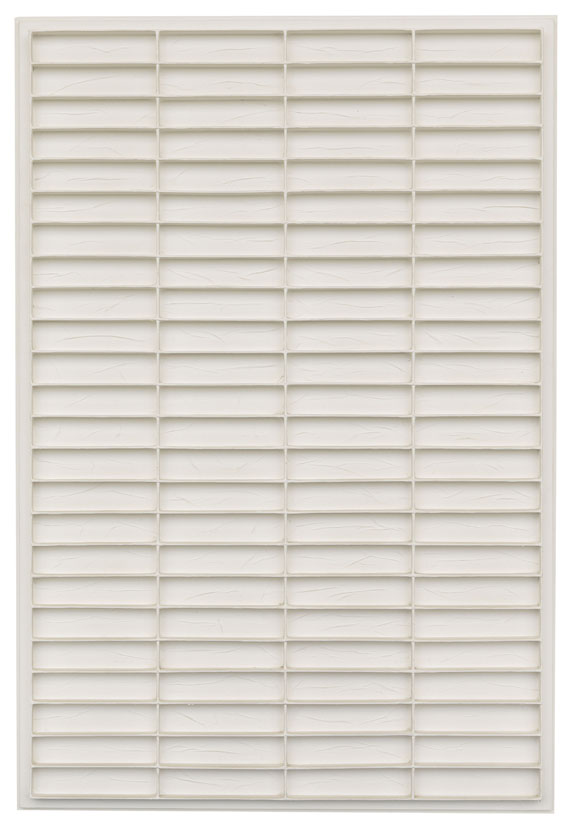 Schoonhoven's fascination is all about the serial relief, which possesses great meditative value, both in the process of creation and in its observation. In this large-size work 96 squares, arranged in 4 vertical columns, unfurl into the room. The radical reduction to white, which was not pure in his early works but rather slightly shaded, allows the light to unfold a changeful play of light and shadows on the precise structure. 'The white reliefs are three-dimensional and hence palpable objects. They are objects, inasmuch as they are what they are, meaning they don't imitate or depict what they are not. [.] Schoonhoven's white reliefs are serial systems with a grid-like surface and a number of both same and equal indentations. The serial effect is achieved by the repetition of the same.' (Max Imdahl, quote after: Künstler. Kritisches Lexikon der Gegenwartskunst, vol. 9, p. 7).
More Information
+
Sell
Get a free appraisal for a similar object!
+
Register for
Johannes Jan Schoonhoven
+
Buying from A-Z
+
Contact a specialist
Share