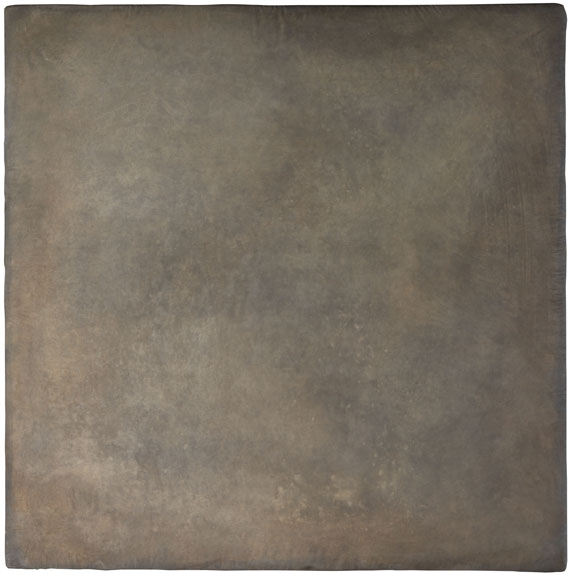 Essay
Graubner began to try out different approaches to handling color, at first in watercolors and then on canvas. Now he gave priority to using color lavishly instead of sparingly in shapes and on the edges of his pictures as had been his habit. To enhance the spatial effect of color surfaces, Graubner began in the 1960s to mount picture-size color cushions in his picture and later to cover them over with Perlon fabric. These 'Kissenbilder' ['Cushion Pictures'] were first shown at Alfred Schmela's gallery in Düsseldorf. After teaching art education at school for a year, Graubner was appointed to teach at the Hamburg Art Academy in 1965, becoming professor of painting there in 1969. Gotthard Graubner first showed work at documenta in Kassel in 1968. Between 1968 and 1972 Graubner did what he called 'Nebelräume' ['Fog Spaces']. In 1970 Graubner stopped using the terms 'Farbleib' ['Color Body'] and 'Kissenbild' and switched to the term 'Farbraumkörper' ['Color Space Bodies'].
More Information
+
Sell
Would you like to sell a similar object?
+
Register for
Gotthard Graubner
+
Buying from A-Z
+
Contact a specialist
+
Gotthard Graubner Biography
Share