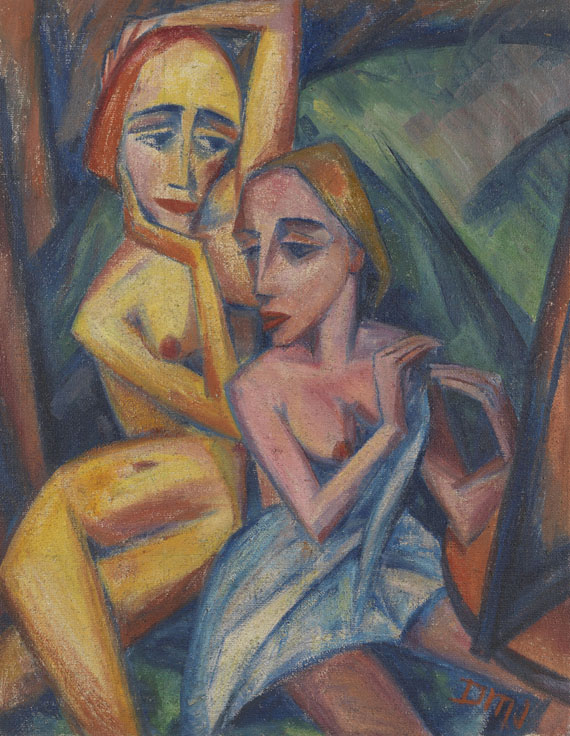 PROVENANCE: From artist's estate (verso of stretcher with estate stamp and with hand-written tregistration number '20' and '/6').
Private collection Berlin.

Essay
Works made by the generation of artists active in the 1920s shows how great the impact of Expressionism on the times before World War I and on Post War Art was. The break caused by the First World War with all its traumatic aftermath led to an entirely new thinking in art. The couple Maetzel-Johannsen was wide open to these new ideas, especially Dorothea Matzel-Johannsen became quite independent in her art, as she was borne by the awareness of a continued tradition of anexpressionist statement in her paintings. Her choice of forms calls reminiscence of works by Erich Heckel and is interpreted in a very own composition, yet. Particulary in 'Überredung '(Persuasion) the uncertain relation between the two women is expressed by their entwined posture. The figures' mannered position hints at a certain ambiguous message, which is shown with restraint. Underlined by colors that clearly reference the early days of Expressionism before the war, this work counts among the most mature works in Dorothea Maetzel- Johannsen's oeuvre from the time right after the war.
More Information
+
Sell
Would you like to sell a similar object?
+
Register for
Dorothea Maetzel-Johannsen
+
Buying from A-Z
+
Contact a specialist
+
Dorothea Maetzel-Johannsen Biography
Share 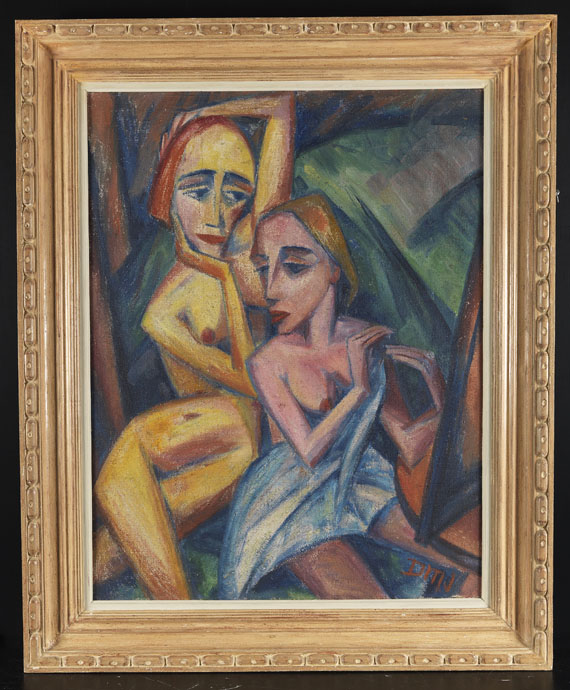