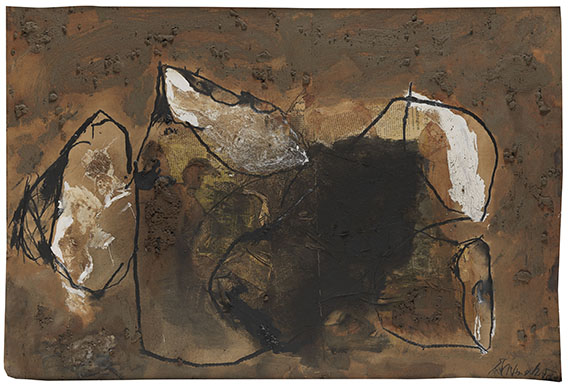 His latest works of the 1990s, with figurative reminiscences, have clearly overcome the contrast between abstraction and the figurative. Schumacher became internationally known and praised around the middle of the 1950s as one of the most important artists of the Informel. He was awarded numerous international prizes, of which the Guggenheim Award in New York in 1958 was only the beginning. He was appointed professor at the Hochschule für Bildende Künste in Hamburg in the same year, accepted a post as professor in Karlsruhe in 1966 and taught as a guest professor at the university in Minneapolis/USA in 1967 for one year. The Deutscher Bundestag honoured him in 1998 by commissioning a mural for the Reichstag building in Berlin. Emil Schumacher died in San José on 4 October 1999, one year after the large retrospective exhibition in Munich. 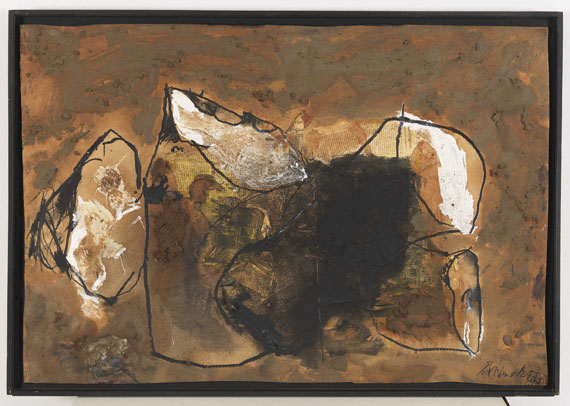