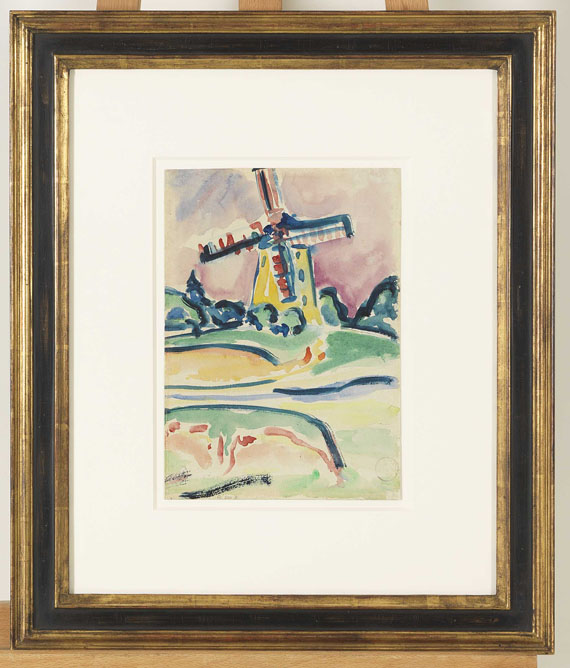 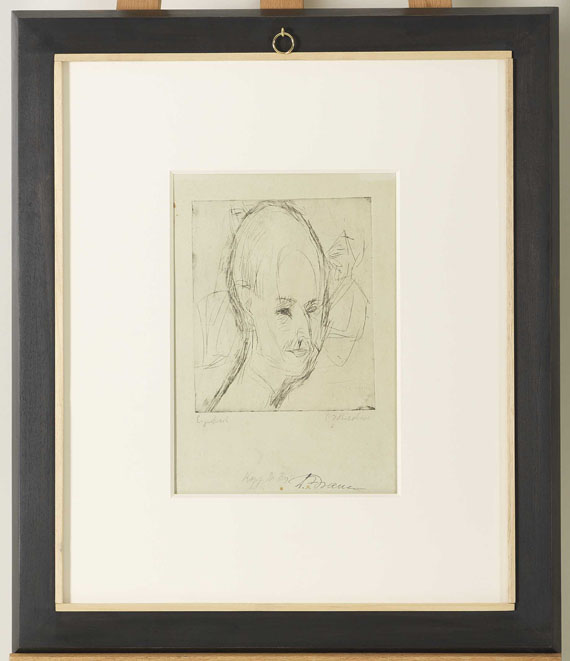 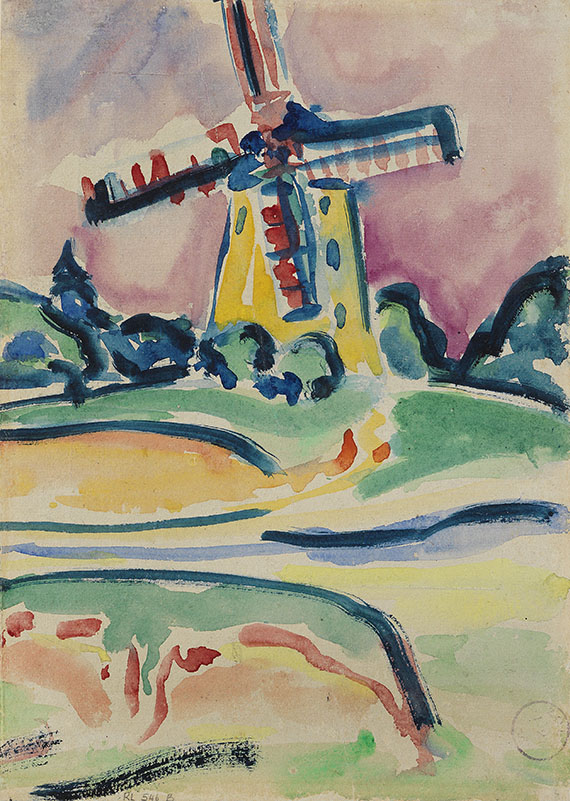 Kirchner studied architecture in Dresden where he met and worked with Fritz Bleyl, Erich Heckel and Karl Schmidt-Rottluff. After finishing his studies, however, he opposed his father's wishes and decided to become a painter. The intense artistic and intellectual relationship between the four artists soon led to the formation of the artist group 'Die Brücke', which, according to Schmidt-Rottluff, wanted to "attract all revolutionary and restless forces". The artists began to work on the ‚Viertelstundenakte', drawings on nude models in the studio or in open nature. At first the group oriented itself to artists from Late Impressionism. The discovery of the Fauves, South Seas' art and van Gogh led the painters to Expressionism.

Due to the encounter with Italian Futurist works, the group's painting style changed and became ‚tougher'. Kirchner studied the sculptures at the Völkerkundemuseum in Dresden, which influenced his own wood sculptures. In 1911 Kirchner moved to Berlin. Here Kirchner discovered new motifs - city and street scenes. He painted them in a simplified manner, with sharply contoured forms, expressive features and clashing colors. The city paintings became incunables of Expressionism and made Kirchner one of the most important German artists of the 20th century. The beginning of world war I and the following years were a turning point in his life. The war experiences and military service caused an existential angst and led to illness and long stays in sanatoriums. The more remarkable was his artistic production of that time. Works like the woodcut ‚Frauen am Potsdamer Platz' , the ‚Bilder zu Chamisso's Peter Schlemihl', the self-portraits and woodcut pictures from the sanatoriums, which are counted among the highlights of his œuvre, came into existence. In 1917 Kirchner settled in Frauenkirch near Davos. The city scenes were now replaced by mountain landscapes and scenes of rural life. Around 1920 his painting style calmed down, his paintings had a carpet-like two dimensionality. Beside Kirchner also produced an extensive graphic work - wood cuts, lithographs and ink drawings. In 1923 Kirchner moved to the ‚Haus auf dem Wildboden' at the entrance of the Sertig Valley where he lived and worked until he committed suicide in 1938.