After serving an apprenticeship as painter and decorator in Hildesheim, Nesch attended the Kunstgewerbeschule in Stuttgart from 1909 to 1912. He went to Dresden as a journeyman in 1912, and was soon admitted to the Dresden Akademie. His studies were disrupted by the outbreak of World War I and, following his return from war captivity in Great Britain, resumed first in 1919. He was allocated a master's studio in Dresden. Three years later, he visited Ernst Ludwig Kirchner in Frauenkirch by Davos for several weeks in order to learn graphic printing techniques. From 1922 onward, Nesch paid an annual visit to friends in Hamburg, where he maintained close contacts with Gustav Schiefler, among others. In 1929, Nesch settled in Hamburg and there became a member of the "Freie Sezession". The following years saw the production of numerous strikingly experimental prints striking for their experimental nature, as demonstrated in the editions "Karl Muck und sein Orchester", "St. Pauli", and "Hamburger Brücken".

Nesch developed his own metal-printing technique. After the enforced disbanding of the Hamburg Sezession movement, Nesch emigrated to Norway in 1933. There he produced a large number of large-scale metal prints, including the series "Schnee". Nesch travelled to the Lofote Islands in 1935; his impressions are conveyed in the "Hudwalcker-Mappe". From 1939 to 1943, the artist lived in Helvik on the island of Nesodden in Oslo Fjord, where he created numerous series with landscape and religious motifs. In autumn 1943, the then 50-year-old Nesch was called up for service in the German Wehrmacht. Before he could be drafted, however, was suffered serious injuries in a self-induced road accident, and spent four months in hospital before being discharged, the left side of his body now slightly paralysed. After the German capitulation, Nesch met his later wife Ragnhild Hald in Oslo, and in 1946/47 resumed his graphic art.

Exhibitions in Oslo, Copenhagen and, in 1949, New York were followed by numerous exhibitions in Germany and elsewhere in Europe. In 1958, Nesch received the "Lichtwarck-Preis" from the City of Hamburg. By then, the artist was again concentrating on various material-based pictures, e.g. "Heringfang" produced concurrently with his graphic oeuvre. Nesch spent most of 1961 in Venice, during which time he produced numerous sketches for a series of prints devoted to that city and shown there at the Biennale in 1962. He was appointed an honorary member of the Hamburg Akademie der Künste in 1962. Ten years later, the national gallery in Oslo devoted a comprehensive retrospective to Rolf Nesch on the occasion of his 80th birthday. 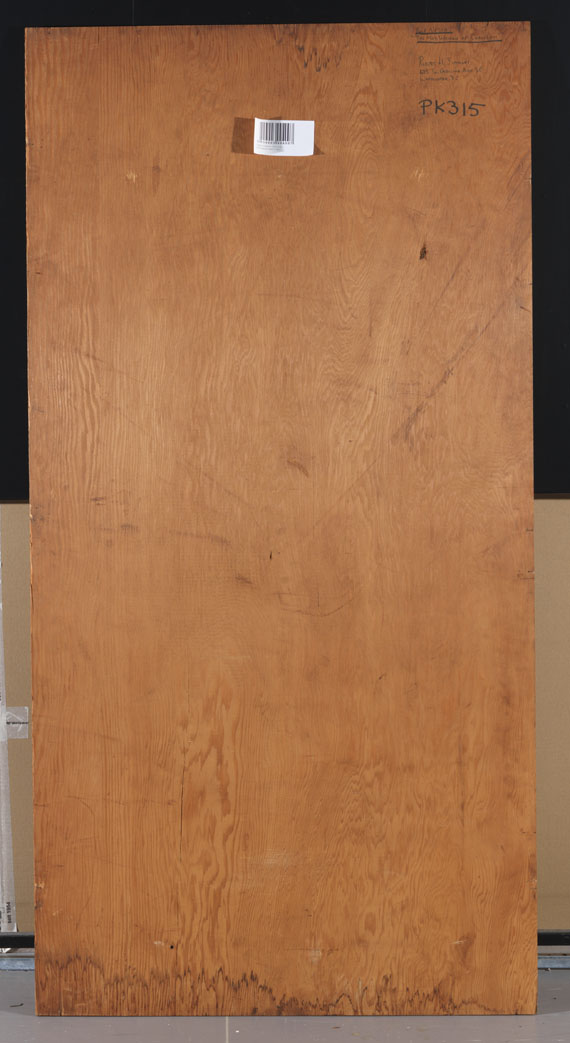 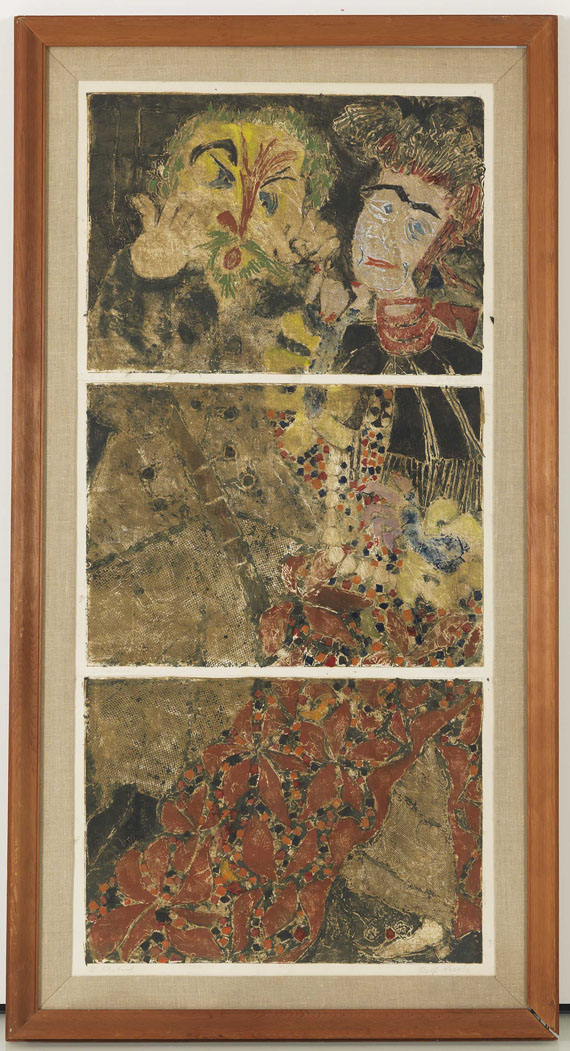