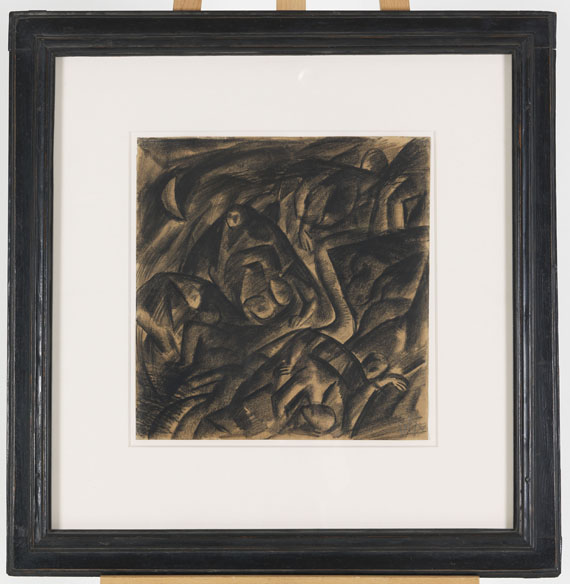 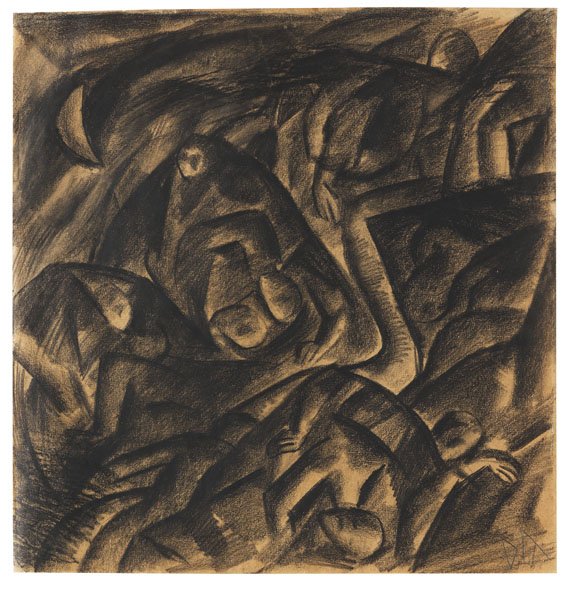 Otto Dix was born on 2 December 1891 and grew up with three younger siblings in a socially democratic-thinking family on the outskirts of the residence city Gera. After an apprenticeship as a decorative painter and studies at the Kunstgewerbeschule in Dresden Dix' training was interrupted by the First World War. He spent four years as a soldier in France, Flanders and Russia.

After the war he continued his studies at the Kunstakademie in Dresden and was one of the co-founders and central figures of the 'Dresdner Sezession - Gruppe 1919'. In autumn 1922 Dix moved to Düsseldorf and became Heinrich Nauen's and Wilhelm Herberholz's master pupil. The war experiences triggered his scathingly critical pictures like e.g. 'Der Schützengraben' (1923), which caused an art scandal with two other pictures. The same year Otto Dix started the etching-cycle 'Der Krieg' as climax and end of his graphic œuvre. After expressionistic and dadaistic beginnings Dix turned to the New Objectivity in 1922, moved to Berlin in 1925 and became the most distinguished portrait painter of the bohemia in Berlin and the intellectual society of the Weimar Republic. In 1927 he was appointed professor at the Dresden Akademie, but was dismissed again in 1933 and was finally no longer permitted to exhibit his works as an 'unwanted artist'. Dix then moved to Randegg near Singen and three years later to Hemmenhofen on Lake of Constance. In 1945 the artist was drafted into the 'Volkssturm' and was captured by the French in Colmar. After the war annual stays in Dresden, the membership at the academies in Berlin-Dahlem and East-Berlin led to a continuing shuttling over the frontier and between two state arts. Dix' trips to Southern France, Italy and Greece were enriched in 1962 by a study stay at the Villa Massimo in Rome and two years later by the membership of honour of the Accademia delle arte del disegno in Florence. Since 1950 there was a thematical and stylistic change in his late works, which led from the urban culture to bucolism, from the polemically realistic to the carefree-expressionistic. Dix was still interested in portraits, but religious subjects and landscapes also played a dominant role. Otto Dix is counted among the most important German artists of the 20th century. His work mirrors in its lively changeability the caesurae of the century, without abstraction, which was dismissed and criticised by Dix up to a great age.