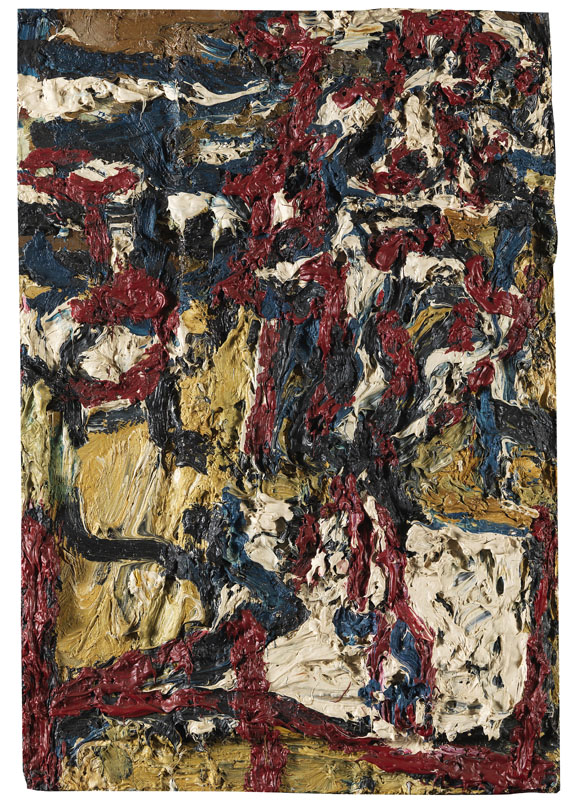 The painting"J.Y.M. in the Studio II" was made in the early1960s. At that point the artist already had an exclusive deal with the art dealer Helen Lessore ofBeaux Arts Gallery in London, guaranteeing him representation of all his works. As early as in1956 Lessore showed Auerbach's first solo show. These first successful years and financial security may explain the ample amount of paint the artist used to create a clearly three-dimensional work of art. Auerbach'scharacteristic pastose way of paintingshows in strong primary colors blue and red, the clearly softer ocher yellow creates a harmonious transition to white and gray. The illustration's expressiveness almost reaches abstract realms.
Usually Auerbach chose familiar motifs as theme for his pictures. This shows in the London street scenes, most ofwhich show places from his neighborhood, but more obviously so in his portraits. For all his life Auerbach worked with just a few select models which he depicted time and again over periods of a several years. This shows the artist's almost obsessive wish to paint one and thesame subject, regardless whether human or object, overand over again and to discover and capture new facets.Next tohis later wife Julia Wolstenholme andEstellea Olive West, Juliet Yardley Mills was one of Auerbach's most important models. Since the early 1960s Auerbach had made countless portraits of her. The often very similar works with titles including serial numbers, often carry the models' characteristic name abbreviationsE.O.W. and J.Y.M. 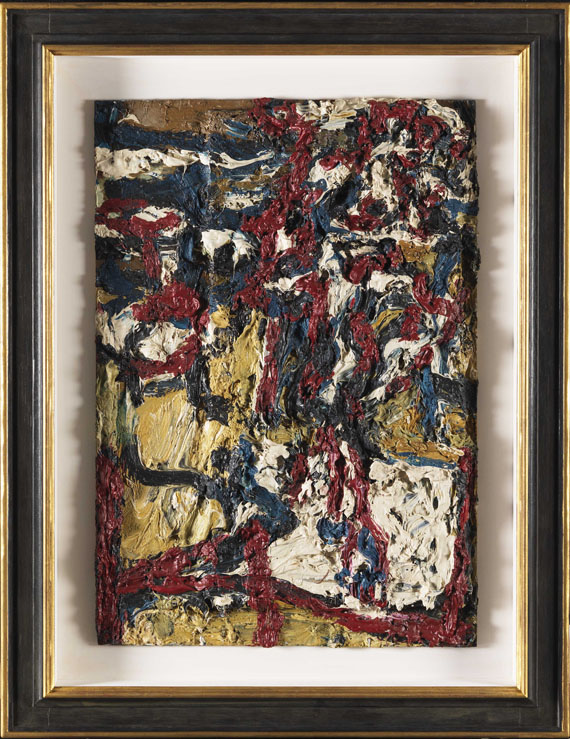